The 20-member band of musically-inclined scientists and engineers have created the music video titled ‘I am an Indian’. 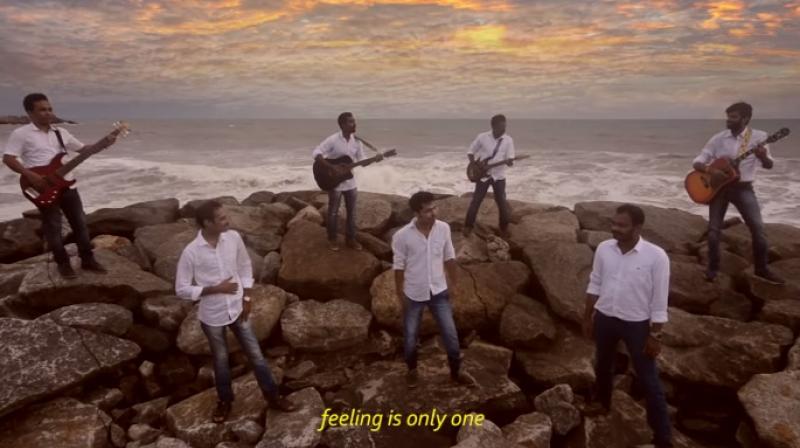 Looks like our Indian rocket scientists who are busy making the country proud with their space vehicles have turned musicians by making their first music video ahead of India’s 70th Independence Day.

The band called ROCK@ Band (pronounced Rocket) is a 20-odd member group of musically-inclined scientists and engineers who have created the music video titled ‘I am Indian’.

The scientists and engineers are from the country’s premier space agency Indian Space Research Organisation or ISRO.

The video shows an animation of the Indian flag being hoisted on the lunar surface as a reference to India’s second foray to the moon, Chandrayan-2, which is slated for launch next year.

The song which has been sung mostly in Malayalam also talks about building a new nation and seeks an end to violence.

Speaking to NDTV one of the band members said that there is no political message in the video but just a positive message from their hearts to fellow Indians.

Chandrayaan-1, India's maiden mission to the moon in 2008 saw the tri-colour on the lunar surface but the second mission, which involves a lander and a rover, hopes to soft-land and unfurl India's flag on the moon.

The lyrics for the song have been penned by aerospace engineer Shiju G Thomas. He has composed the music as well. Thomas had worked extensively on the Geo-synchronous Satellite Launch Vehicle MK III (GSLV Mk III), often called the 'Baahubali'.

The scientists worked for over 18 month to make the video and spent Rs 10,000 from their own pockets for the project.

The project is supported by the Space Engineers Association (SEA)

The music video was shot on the coast of the Arabian Sea and made as part of the recreational activities supported by the Space Engineers Association.

Check out the video below