In September 2014, Siddhant signed up for a half marathon in Delhi. 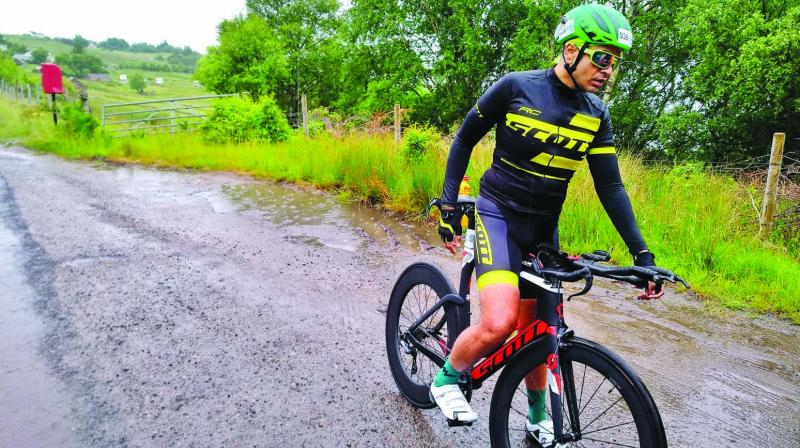 From being a person who hardly exercised to becoming the first Indian to have participated in Celtman, Siddhant Chauhan’s journey is nothing less than inspiring.

Siddhant Chauhan, a resident of Gurgaon, recently became the first Indian to have participated in the Celtman — an extreme Scottish triathlon. But four years back, for a 32-year-old Siddhant who was tied to his desk job, physical workouts had become a thing of the past. “It was beyond my imagination that I would ever run a marathon, let alone participate in Celtman,” he says, adding, “Plus I had touched 107 kg weight at the age of 31.”

Once an active basketball-player in school, it wasn’t before more than a decade had passed that he thought of working out again. “That too happened as my company’s CEO asked me to participate in a marathon. We needed to raise funds for an NGO we were associated with and I had to participate. I even told my boss that I had never run a marathon and it wasn’t something that I enjoyed. I wasn’t a great runner and had completely left all that after school. But I was asked to take it up as a challenge,” he says.

In September 2014, Siddhant signed up for a half marathon in Delhi. Not only did he complete that marathon to raise funds for the NGO ‘Save the child’, but hasn’t looked back since. “It is then that I thought about training so that I could do such events more comfortably. I started training for a half triathlon which was happening in Indonesia in 2016. In 2017, I completed Ironman France. I also applied for Norseman Xtreme Triathlon that year but was rejected. So this time, I applied for both Norseman and Celtman. I was selected for Celtman in December 2017.” 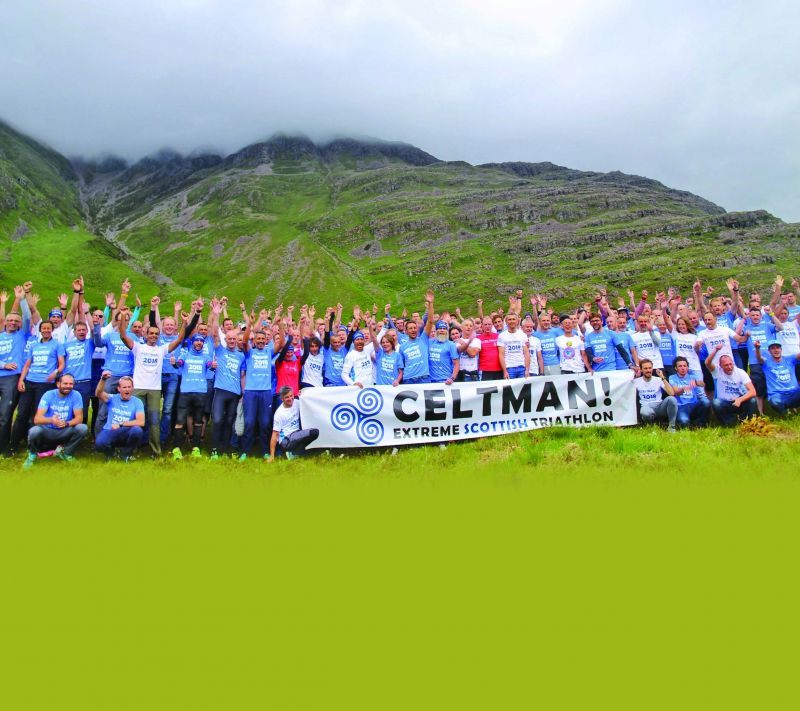 The beauty of these triathlons, be it swimming, cycling or running, he says, “is that each one is more challenging than the other.”

It was after December 2017 that he started preparing for Celtman. But nothing could have prepared him for the terrain and difficulties he was about to face. “I was working out and preparing for this triathlon along with my full-time job. The biggest challenge was that there was no infrastructural support. The weather conditions were extremely opposite of what I was about to face. While I am comfortable with the way I swim, I had always struggled with running,” he says.

However, when he landed there and thought of testing the waters, he was in for a surprise. “I wanted to see what it was like to swim in 11 degrees of water. I had never done that in my life. So I put on my gear and I went to the lake. I was out in two minutes and  my entire face was frozen. My body was in shock. I had the wetsuit on but your face is still exposed,” says the 36 year old.

Siddhant’s only fear for the next two days, before the actual competition, was the temperature of the water. “I needed to swim for 3.4 km for the triathlon. I knew that if I could overcome this swim, I could finish the challenge.”

On the final day, it was more than just the temperature of the water that was going to cause him problems. He was just 200 metres into the water, when a jellyfish stung him on his face. “My face was burning and the water was salty. It was an extremely tough time,” he recalls, “Somehow, I managed to complete the swim.”

But the cycling and the run too were marked by extreme winds and low temperatures. “I wouldn’t say any part of it was less challenging than the other. Of course, the jellyfish took me by surprise.”

Talking about his biggest takeaway from the challenge, he says, “While one has to work on physical endurance, it is very important to train your mind to take charge in extreme conditions and keep moving forward. If you set yourself a goal, there is always a way to accomplish it.”