For nearly a decade Mehrunnisha Shokat Ali has been working in the vocation and takes immense pride. 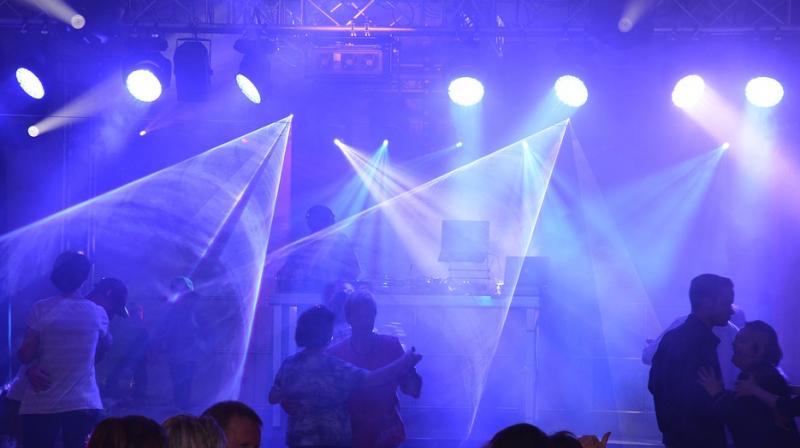 New Delhi: Joking with clients and colleagues, Mehrunnisha Shokat Ali might be mistaken for any other patron of the Social watering hole in the Indian capital's swanky Hauz Khas neighbourhood. But the intent gaze of her kohl-rimmed eyes, as she stands with arms folded on the edge of the dancefloor in an all-black outfit, watching couples bob and twirl to the music, gives away her real occupation. She is Social's famous female bouncer.

Mehrunnisha has been a bouncer for nearly a decade, and for the last three years, has done 10-hour night shifts at Social, which functions as a restaurant and co-working space seating 220 people by day, but morphs into a packed club at night.

Now Mehrunnisha is expert in breaking up bar fights, frisking female customers, and uncovering illegal drugs. "We decided to employ women to make sure that women customers too felt safe, and we found a great match in Mehrunnisha," said Social's owner Riyaaz Amlani, who says she has helped has innumerable alcohol-fuelled quarrels. "She was fierce and determined, and the rest is history."

The 30-year-old's career highlights include being part of the security detail for Bollywood actresses such as Priyanka Chopra, the star of the U.S. television drama series "Quantico", Preity Zinta and Vidya Balan.

Mehrunnisha is no stranger to smashing stereotypes. Growing up in a large Muslim family in the northern farming town of Saharanpur, 200 km from Delhi, she dreamed of joining the army or becoming a police officer, but her deeply conservative father opposed the idea. Only her mother's insistence allowed her to further her education beyond primary school.

But when her father's stock market losses forced the family to move to the capital, Mehrunnisha, still in college, became the breadwinner for a household consisting of parents, two sisters, and her elder sister's three children, besides herself.

"Several times my brother has asked me, what sort of a job is this?" Mehrunnisha said during a shopping expedition to prepare for Eid al-Fitr, which ends the holy month of Ramadan, recounting how difficult it had been to get her family to accept her night shifts. "But this does not affect me, because my mother and father have faith and confidence in me, and I know I am not doing anything wrong."

Her younger sister, Tarannum, 27, also works as a bouncer at a bar just a 5-minute walk away from her own workplace. Together, they earn 30,000 rupees a month. They take immense pride in their vocation, spending up to an hour at the gym each day to build their strength, and even working through holidays. "I am very proud of what I do, it's not an easy job," Mehrunnisha said. "Taking care of people, especially women in a club, is a very big responsibility."

Customers seem to agree. "If I come here and I see a female bouncer, I feel a lot safer," said one regular patron at Social, Nikita Lamba. "Mehrunnisha is pretty kick-ass. She is good at what she does".