Beyond the litter, lies the glitter

An initiative by musicians from over 50 countries called Planet Symphony will be released online on World Environment Day. 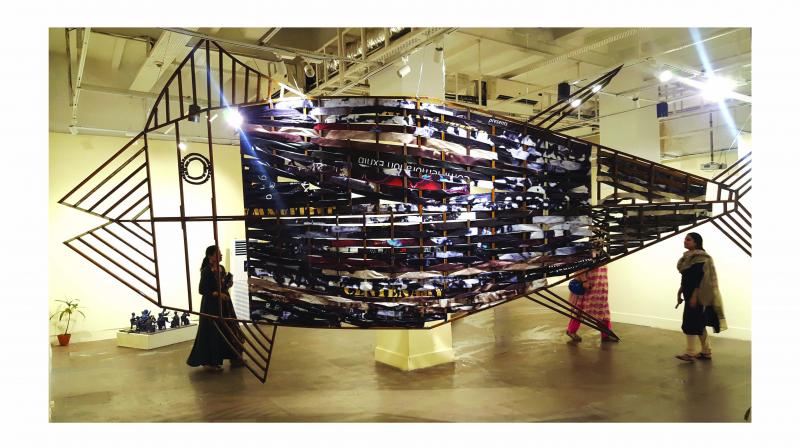 Since 1974, when the United Nations declared World Environment Day,  5th June has been celebrated the world over. An initiative by musicians from over 50 countries called Planet Symphony will be released online on World Environment Day. The 8 minute symphony using 50 instruments was composed by noted Carnatic chitraveena maestro Ravikiran, and has several Grammy awardees and nominees collaborating together from different parts of the world. Over 60 countries were involved in this global effort; the artists contributions were put together in a studio and recorded. Indian musicians included Karaikudi Mani, Shahid Parvez, Ronu Mazumdar, Kadri Gopalnath, Kala Ramnath, Ghatam Karthick, Tarun Bhattacharya, Lalgudi Krishnan and Vijaylakshmi, Bickram Ghosh, and Purbayan Chatterji.

Closer home, Delhi based Indira Gandhi National Centre for the Arts’s (IGNCA) home spun initiative is equally impressive. Conceived by Supriya Consul, (Programme Director Kaladarsana Division, IGNCA) the exhibition includes installations created out of unused scrap intelligently put together by artist Niraj Patel. Amazingly, he managed to create his installations in 4 days, working day and night to weld iron together to create a massive oversize fish whose innards were depicted bulging with plastic waste. In his words “I wanted to create a 3 d fish so that the enormity of seeing the scrap in the ocean finding its way into fishes would be better understood, but there was no time.” 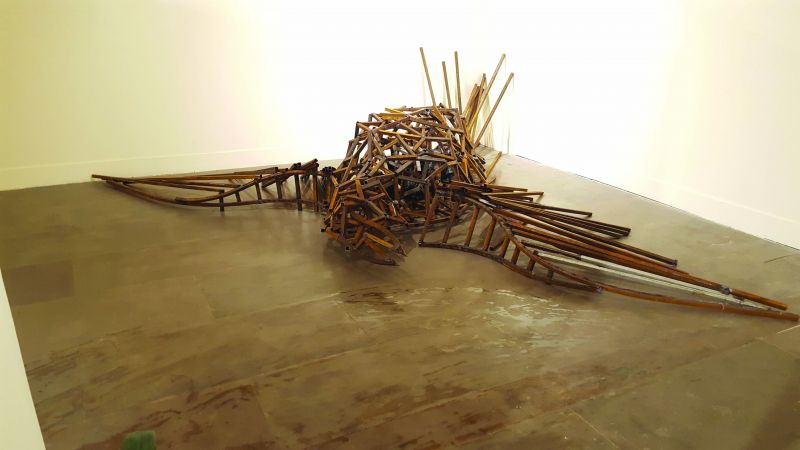 Niraj’s second installation was equally poignant. Again made with rusted tubular bars of iron, the massive bird is depicted as being grounded; its wings are broken; the component parts lying removed from its body. Mother Nature has been unable to facilitate free and easy flight; perhaps its sustenance is under threat too. Supriya Consul explained “the threat to so many of Earth’s species is real and frightening. We wanted to convey our concerns ourselves, so the exhibition has been put together by IGNCA employees who have taken photographs, helped conceive the installations. We used waste materials that we had stored; another reminder that we all need to limit our consumption of Nature’s bounty.” Earth Day Network’s slogan for 2019 is “Protect our Species” so these installations are particularly appropriate.

In a corner lay a tongue in cheek representation of the current status of the world’s action on issues related to the environment – there is a group of people sitting talking, the leader holding a large branch of a tree in his hand. Truly the time to talk has past; we need instant action on Environmental issues. It was heartening to see an employee attired in an Earthday Network “Protect our Species” T shirt, attempting to convey this urgent message in as many ways possible. As Niraj Patel put it wryly “we have gained power to redesign the entire planet, but we haven’t understood the complexity of the Global Ecological system.”