Cartoonist Rohan Chakravarty, who was in the city to release his illustrated book on Indian birds, tells us why his book transcends age barriers. 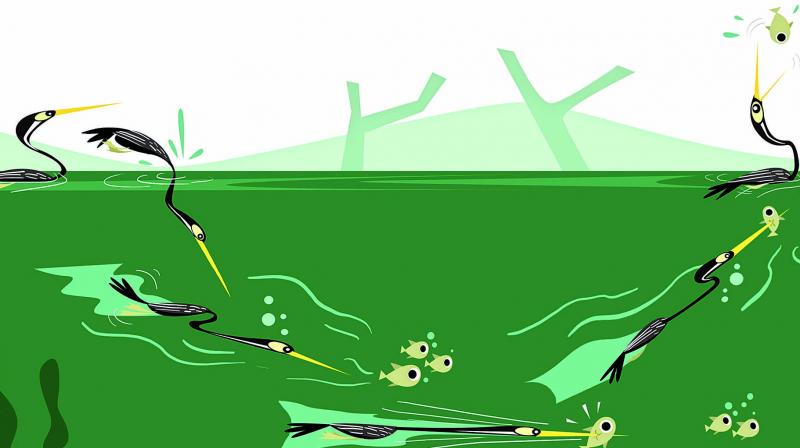 Lush green foliage provides the perfect backdrop for the unfolding drama, in which, two creatures seem locked in a cat-and-mouse chase. Only, the creatures aren’t a cat and a mouse, but two birds, where one is inches away from being preyed upon, while the other is inches on the verge of performing a Bruce Lee-esque snatch-and-go manoeuvre. This is the illustration that colours the cover of freelance cartoonist, Rohan Chakravarty’s book Bird Business: Illustrated and peeks into the daily lives of Indian birds. The book was recently released in Mumbai by renowned conservationist and Vice-President of Bombay Natural History Society (BNHS), Bittu Sahgal. The book is a unique offering, not just because it familiarises us with the lives of over a 100 Indian birds, but also because all of this detail is presented in the form of witty illustrations that marry ornithology, art and humour.

And this is Rohan’s trademark style, one that can be seen in the wildlife comics that pepper his blog, Green Humour, as well his illustrations that find their way into several national dailies and wildlife-focussed publications. However, though Rohan has spent a little over the last five years documenting our friends in the wild, his initial career path was wildly different from his current one. “I studied to be a dentist but I gave it up immediately after finishing my degree,” reveals Rohan, a self-taught artist who then went on to do a stint in the animation industry before becoming a full-time cartoonist. But what nudged him towards wildlife, we ask. “I thought of sketching wildlife after my first encounter with a tigress in the wild. From then on, I started to focus my drawing on wildlife and I eventually found my voice in the series, Green Humour,” reveals Rohan. 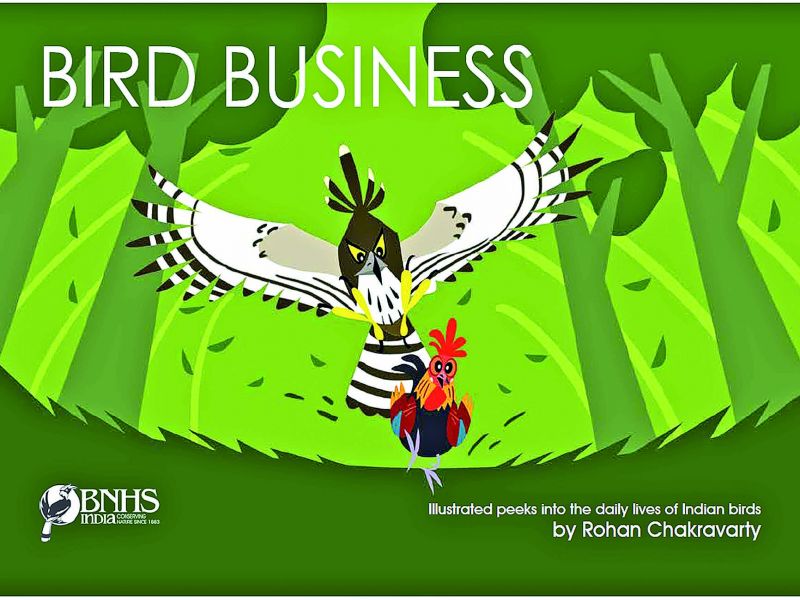 Bird Business isn’t like one of those information-heavy encyclopaedias that were a staple in book cabinets during our school days, because more than offering dreary details about nomenclature and lifespan, Rohan’s book gives us a peek at how a bird behaves in its habitat. And so, you’ll get to see how an Oriental Darter fishes underwater using its pointy, dagger-like bill or the Crested Serpent Eagle’s favourite snack or what the Great Indian Bustard’s flirtatious courtship jig looks like. “To be honest, I find photographs very boring,” reveals Rohan. “And when it comes to wildlife, there’s a huge communication gap between scientists and laymen like me. I feel that all the science needs to be translated into visual language,” he avers.

The illustrator also hopes that his book will answer the often thought about but seldom asked question – what do birds do all day? “Although there are a lot of good field guides and even apps that give you information about birds, there’s not much literature that answers this question. This book addresses the intricacies of bird behaviour - what a bird does, how it interacts with its environment and what is its role in nature,” shares the artist. It took Rohan four years to put the book together after the idea to create a book along these lines struck him in 2015, when he was designing a website banner for the National Geographic Traveller. “I designed a sequence of an osprey catching a fish because the manner in which it does so, is very unique. After I had a look at the sequence, I felt that this can be done for several other birds too,” says Rohan, when asked his Eureka moment for the book. 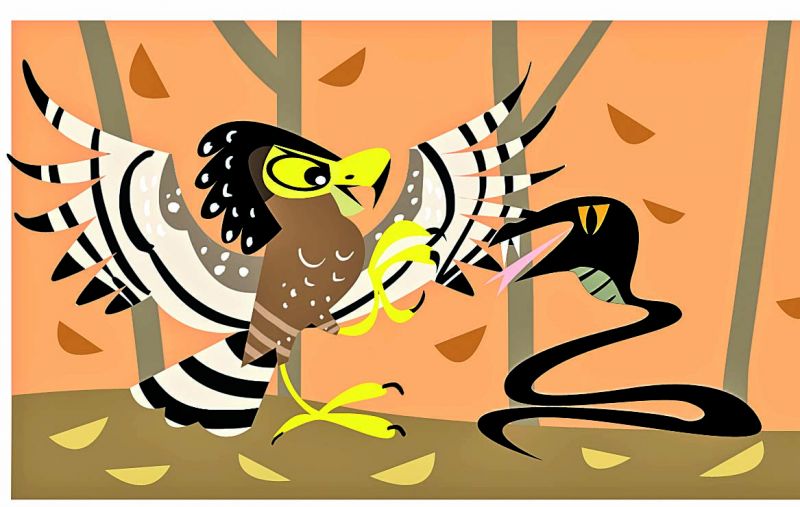 A Crested Serpent Eagle in action

Four years worth of research amounts to a lot of bird watching and following, which Rohan indulged in with pleasure. But the artist shares that there were quite a few birds that were elusive and inaccessible, and for information on them, he perused through research papers, classics by British naturalists and Indian literature. He hopes the book will contribute to our existing knowledge about birds in our vicinities, which can be quite limited, to begin with. “I feel there’s a lot of research and literature on American birds. Even Indians know American birds better than Indian birds. That is something I wanted to change. Also, the illustrated format is associated with Western publications for some reason. I wanted to do something for Indian wildlife exclusively,” explains Rohan.

That artist also hopes that the book will not be met with the incorrect assumption, that all illustrated books are children’s books because Bird Business is eye-opening and engaging for all age groups, as long as you’re curious about the business of our feathered friends. The book is available on Amazon and can be acquired via an emailed request to the BNHS.