Sea slug is a marine invertebrate with varying levels of resemblance to terrestrial slugs. 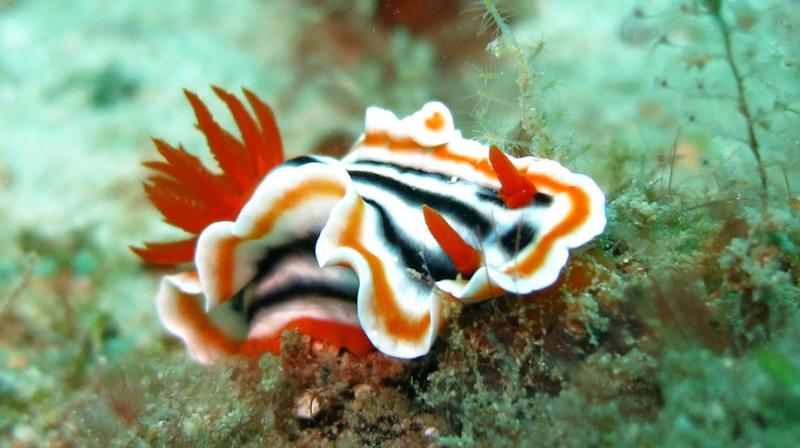 According to a study by Rutgers University, sea slugs suck raw materials from algae to provide its lifetime supply of solar-powered energy in the Northeast.

Sea slug is a marine invertebrate with varying levels of resemblance to terrestrial slugs. "It's a remarkable feat because it's highly unusual for an animal to behave like a plant and survive solely on photosynthesis," said Debashish Bhattacharya, senior author of the study.

"The broader implication is in the field of artificial photosynthesis. That is, if we can figure out how the slug maintains stolen, isolated plastids to fix carbon without the plant nucleus, then maybe we can also harness isolated plastids for eternity as green machines to create bioproducts or energy. The existing paradigm is that to make green energy, we need the plant or alga to run the photosynthetic organelle, but the slug shows us that this does not have to be the case," he added.

This particular algae is an ideal food source because it does not have walls between adjoining cells in its body and can suck out the cell contents and gather all of the algal plastids at once.

The study concluded that the algal nuclei that are also sucked in don't survive, and scientists still don't know how the sea slug maintains the plastids and photosynthesis for months without the nuclei that are normally needed to control their function.

The findings of the study were published in the Journal of Molecular Biology and Evolution.