While the target for this year is a one-lakh trees, Green Yatra has a bigger goal — to plant 10 crore trees by 2025. 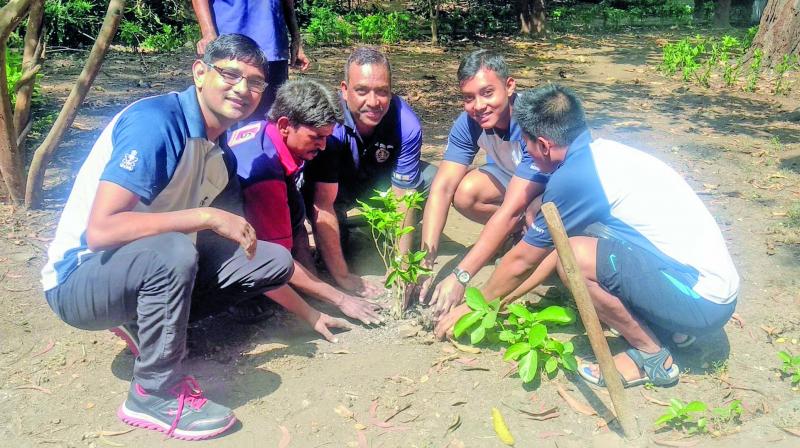 Although the Green Yatra team comprises just 15 members, the environmentalist is certain that the NGO will be able to meet its goal with the involvement of communities.

The NGO Green Yatra is all set to plant 1 lakh trees to make the city cleaner and greener. We find out more about this project and how Mumbaikars can contribute towards it.

Fondly called ‘Mumbai meri jaan’, this city of dreams is battling two pressing problems — pollution and population. If timely steps are not taken to combat these twin evils, very soon the phrase will have to be modified to ‘Mumbai ne li meri jaan’! While we might crib about this, Pradeep Tripathi decided to take matters into his own hands. Ten years back, he founded Green Yatra, an environmental NGO working towards making the city greener, and this year the NGO went a step further by deciding to plant 100,000 trees in the city by the end of this year.

Talking about the thought behind the idea, Pradeep says, “Mumbai is the fourth most polluted megacity in the world. Our tree to human ratio is just 1:4. In spite of this, trees are constantly being cut for various purposes. Something had to be done to get the city’s tree cover back.” And so, through Mission GREEN Mumbai, which is a Green Yatra project dedicated to enhancing Mumbai’s greenery, the 37-year-old and his team have taken on the challenge of planting 1 lakh trees.

While the Naval Dockyard colony in Kanjurmarg was the first location to get a green makeover, 300 additional locations have been marked out for this project. Abhish Mohan, a resident of Naval Dockyard colony, says, “It’s a wonderful idea. We can see a marked difference between our colony, and the area across the road. The area we reside in is much greener now.”

And for space to plant trees, the NGO reached out to institutions in the city. “We reached out to municipal schools, housing societies, colleges, police stations and other areas that have protected spaces. It’s important that the space is protected, only then will the plantations be cared for,” says Pradeep.

The modus operandi is like this: The NGO locates a protected space. Then, the area is surveyed to see if it complies with certain rules, like being away from buildings and having a caretaker. Once the space is approved, members come together to plant 20 to 50 saplings provided by the NGO. 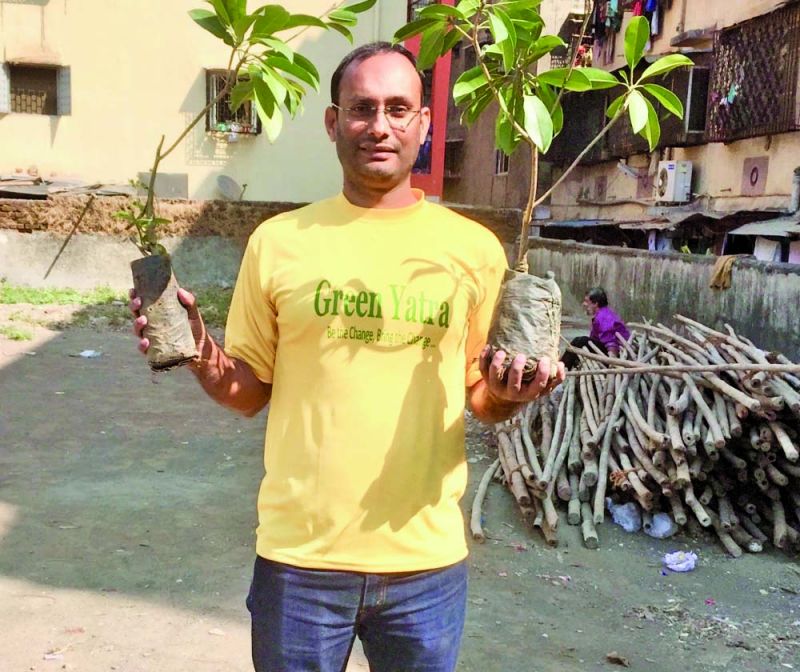 “We prefer planting saplings that are two to three years old as they are sturdy and likely to last,” says Pradeep. The NGO focuses on planting trees that are native to Maharashtra, such as saptaparni, almond, chikoo, jackfruit, jambul, mango, coconut, raintree, etc. However, the NGO’s job doesn’t end here. Post plantation, it monitors the area for three years and even conduct re-plantation drives.

Although the Green Yatra team comprises just 15 members, the environmentalist is certain that the NGO will be able to meet its goal with the involvement of communities. “This is a volunteer-run movement. We want people to join in the movement by offering space, their time, or even funds if they like,” says Pradeep.

One such volunteer is Krishna Dubey, a rickshaw driver who often ferries volunteers and saplings free of cost. “I think Mumbai has become too polluted. I really like the work this NGO is doing for our city,” says Krishna, who has been associated with the NGO for four years.

While the target for this year is a one-lakh trees, Green Yatra has a bigger goal — to plant 10 crore trees by 2025. For that, the eco-activist has a request. “Space is what we need the most. So even if there is space for 20 saplings I would like people to dedicate that space for tree plantation,” urges Pradeep.