Gone are the days when fans would swoon while worshipping celebrities. 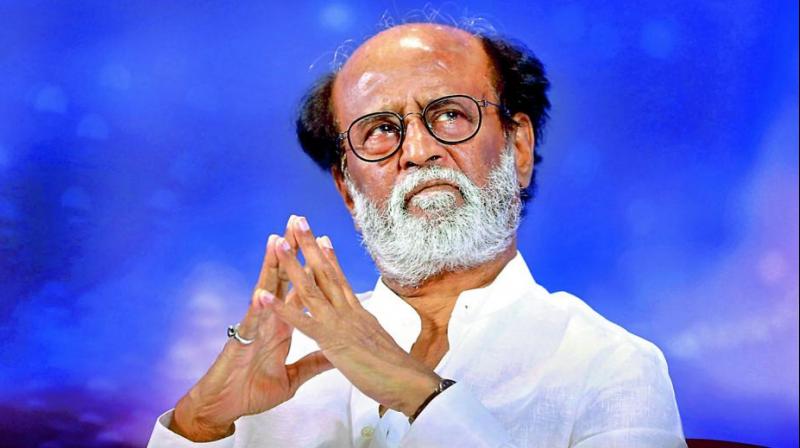 There can be no debate over Rajinikanth’s huge fan following.

Icon to millions, Rajini who elicits respect for coming out in public in his true avatar  and not like a star with makeup, etc. is having a really rough introduction to  the politics of the real world.

Gone are the days when fans would swoon while worshipping celebrities. With social media giving ‘freedom of speech’ a new high, fans and netizens alike are now more proactive or should we say, more productive while expressing their views and opinions without bias, even though if he is the ‘Thalaiva’ that millions love. There can be no debate over Rajinikanth’s huge fan following. But after the actor-turned politician had taken to twitter to express his views on the latest incidents of violence in the massive protest against the IPL match being held in Chennai amid the Cauvery row, netizens reacted strongly to his tweet on violence against policemen. 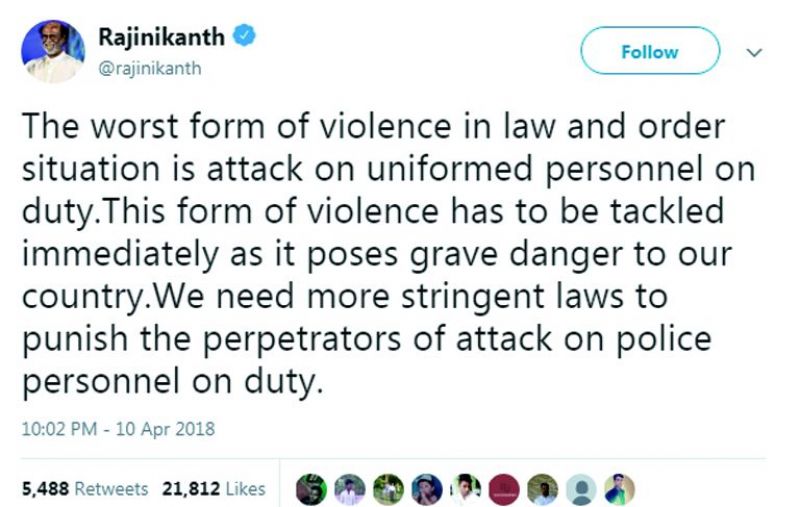 He may have been right in condemning the violence against cops. But since he had encouraged the agitation and expressed himself against IPL in Chennai as an embarrassment, it did seem as if he was rocking the cradle and pinching the baby. The actor also put up a video of protestors attacking policemen.

His tweet has not gone down well with netizens with many questioning his silence on past issues where innocent people have been subjected to violence inflicted by police personnel. 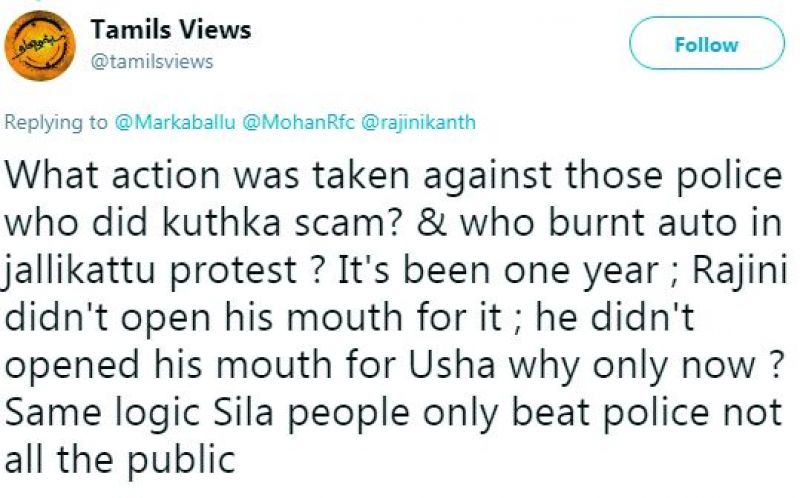 Tamils Views @tamilsviews
You can ask violence against police if you have already asked violence against innocent civilians by police ; when you didn’t open the mouth for people then why opening mouth for police ? Only bakths will support always police and army blindly they don’t care about civilians prob
Appavi makkaluku sila police thaan abathu ... They burnt auto, killed Usha, attacked fishermen kuppam. There is a law & police to take care those criminials but when the police does the same crime it takes hell lot of time, energy to make govt to do any action; last year January Chennai police burnt the auto in front live TV telecast & till now no action was taken against them

Sam@Samthecreator
Thalaiva im your very big fan. I know that you all stand for the right but please also support for the rights of the people. Poor people are brutally beaten and killed by our own policemen whose duty is to protect us rather they are behaving like goons n treating us like slaves

Shafeeq Ahmed@DnShafeeq
Shame on you for this tweet thalaiva you could have avoided this as you used to do on all other issues..

Ilango Murugesan@MurugesanIlango
in that case violence instigated by men in uniform during peaceful jallikattu protest what do you suggest should be the action taken. Your views will infuse confidence in your ability and resolve to act fairly and squarely if you become chief minister of Tamilnadu Mr. Rajini

Karthick@Karthick_Chen
Rajini Sir, This is obvious for your selfish political mileage. Though this is wrong, Where were you, when Karnataka people torched 40 buses, beat several drivers, police torched vehicles during Jallikattu

Raja@draja1977
Mr. Rajinikanth, we didnt hear anything from you about atrocities happening in BJP ruling states? Why are you so biased? Don’t you feel guilty for your selectiveness?