India and Indonesia have enjoyed strong cultural and social relationships for ages. 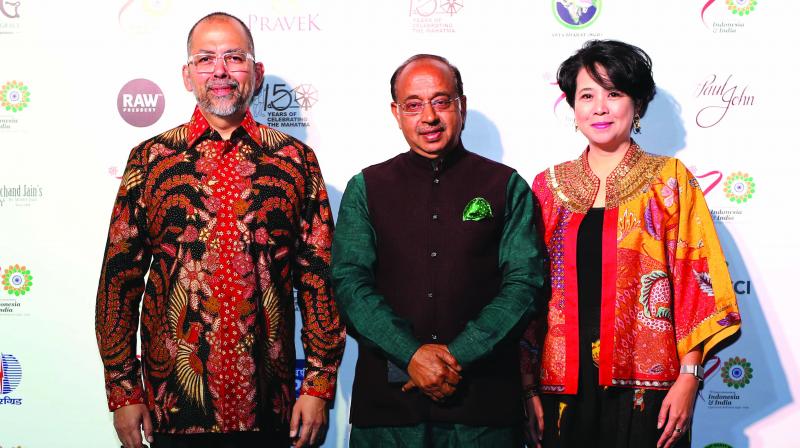 An outfit doesn’t only have the power to make one look good. An outfit, a fabric or a dress design can speak a lot more than that. In this particular circumstance, outfits have become a means of celebrating international bond.

India and Indonesia have enjoyed strong cultural and social relationships for ages. To mark 70 years of diplomatic relations of Indonesia and India, and to commemorate 150th birth anniversary of Mahatma Gandhi, the Embassy of the Republic of Indonesia along with IAMKHADI (not for profit social enterprise) held Batik and Khadi Fashion Show. Star designers like Ritu Beri from India and Arty Israwan, Hendri Budiman and Carmanita from Indonesia displayed amalgamation of Khadi and Batik in their respective clothes line all choreographed by Vinay Gupta. 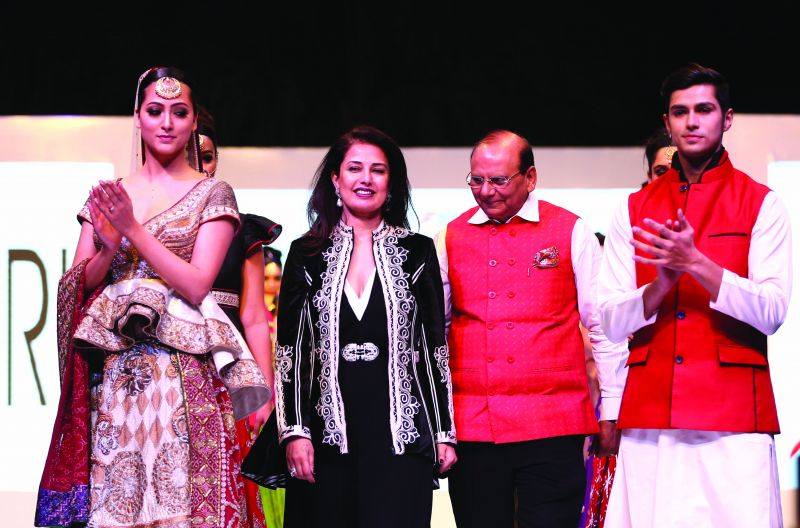 Batik and Khadi share a similar past and history and this may be one of the reason why both fuse together so well. Batik originated in Indonesia and symbolizes cultural ethos of it where as Khadi originated in India and can be called as an Indian national dress. Batik is a method (originally used in Java, but now spread throughout Indonesia) of producing coloured designs on textiles by dyeing them, having first applied wax to the parts to be left undyed. Quite similarly Khadi is an extensive process of creating hand spun yarn and then hand weaving into cloth. But despite originating from two different cultures both gel as both are traditional and largely hand woven.

According to his Excellency Sidharto Reza Suryodipuro, Ambassador of Indonesia, “The fashion show not just showcases strong cultural and social bond enjoyed by both the countries but by promoting Batik and Khadi, we can open up significant employment and business opportunities for villagers both here in India as well as in Indonesia. It can have multiplier impact on the rural economy and contribute to further strengthening of ties between the two countries.”

Yash Arya, Founder, IAMKHADI, says, “This fashion show also aims to bring buyers and sellers together, especially in the textile industry to see the potential of Batik and Khadi as a classy fashion wear, thus making it popular in both classes and masses.”

The Indonesian Embassy has lined up a series of events here in India to celebrate 70 years of diplomatic relations between the two countries. Only recently, a 15 days’ event was held at Dilli Haat on the occasion of the 33rd edition of Dastkari Haat Crafts Bazaar.

During this, craft and skill exchange program, batik and pottery workshop by Indonesian artists was organised.