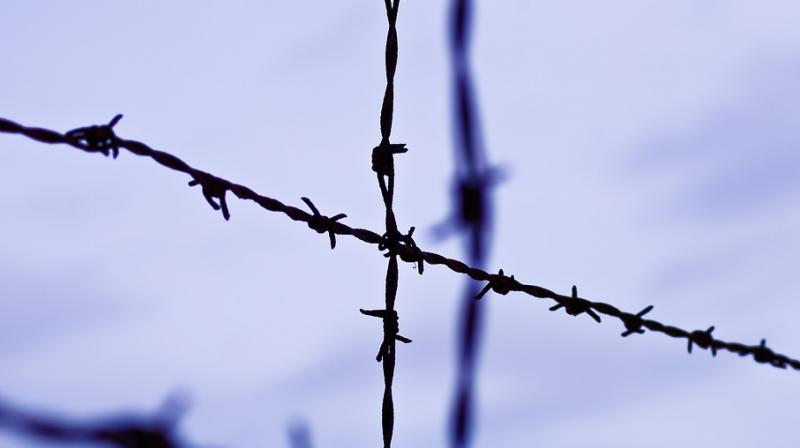 When she was a child in Germany, Dr. Franziska Eckert’s family minimized the role her grandparents played in World War II. Then her own investigation uncovered the likely truth – her grandfather was a mass murderer.

“Ninety-five percent of us were told our families were not involved in the war, but that could not be true,” Eckert, said in a phone interview. “The things we found out completely shocked us, completely broke our hearts.”

Her personal revelations prompted Eckert, a 37-year-old radiation oncologist and scientist at the University of Tuebingen in Germany, to trace her professional ancestors’ connections to Nazi atrocities.

The results of her examination, reported in the Journal of the American College of Radiology, shed light on the actions of radiologists in Nazi Germany.

German medical doctors, for example, used radiation to forcibly sterilize 7,200 disabled women in the mid-1930s. Later, they used chest X-rays to identify Poles with tuberculosis for “special treatment,” a Nazi euphemism for murder.

Before the gas chambers were built, doctors killed more than 10,000 disabled people in Germany and Austria by injecting them with deadly drugs, said Eckert, the report’s lead author. As Jews exited trains throughout Nazi-occupied Europe, doctors stood on the tracks and selected who would live and who would die.

All the while, doctors claimed to be using “evidence-based medicine,” arguing that safeguards against unethical research, forced sterilization and killing only applied to individuals considered human. The Nazi definition of “human” excluded disabled people, who were considered “life unworthy of life,” and Jews, who were considered “subhuman,” Eckert’s report says.

“In 1930s Germany, forced sterilization was evidence-based medicine,” Eckert said. “I’m not even sure that 80 to 90 percent of the doctors knew it was wrong.”

The safeguards that failed in Nazi Germany could fail again, said Eckert and Dr. Shmuel Reis of the Center for Medical Education at the Hebrew University Hadassah Medical School in Jerusalem, Israel.

The only way to ensure that physicians never again become torturers and killers is for them to be vigilant about humanizing every patient in every interaction, Eckert said.

Doctors must contemplate physicians’ actions during and after the Holocaust and reflect on how they would behave in similar circumstances, said Reis, who was not involved with the new study.

“No one is immune,” he said by email. “It can happen again.”

Eckert calls for a re-examination of some renowned radiologists from the Nazi era.

Dr. Hans Holfelder, for example, used tuberculosis screening to racially profile and target people to be killed, she said. “Even today, many people without awareness of his SS involvement still hold him in high regard,” she writes.

Eckert also calls attention to Dr. Horst Schumann. Under his watch at Auschwitz, an estimated 1,000 inmates were brought to a special barrack and ordered to undress. Women had X-rays aimed at their ovaries, men at their testicles. The vomiting and diarrhea that followed the procedure indicated high radiation doses, sometimes delivered on multiple days, Eckert and her team of medical historians report.

Prisoner physicians then surgically removed the reproductive organs of some of the radiation victims. The operations were performed without anesthesia, and damage from the surgery and radiation often left the victims unable to work – a death sentence in the concentration camp, Eckert writes.

At the same time, Eckert found evidence that the Nazis persecuted approximately 160 doctors who had practiced radiology, because of their Jewish heritage. For example, prominent Jewish radiologist Dr. Gustav Bucky, known for the Bucky factor in X-ray diagnostics, was forced to flee from Germany during Nazi rule, Eckert said.

Another Jewish physician, Dr. Leopold Freund, considered the founder of medical radiology, was forced to flee from Austria to Belgium in 1939, weeks before the start of the war. “Everyone is so proud of him,” Eckert said, “and no one talks about him being a victim of National Socialism.”