Global unemployment down, but too many working poor: ILO. 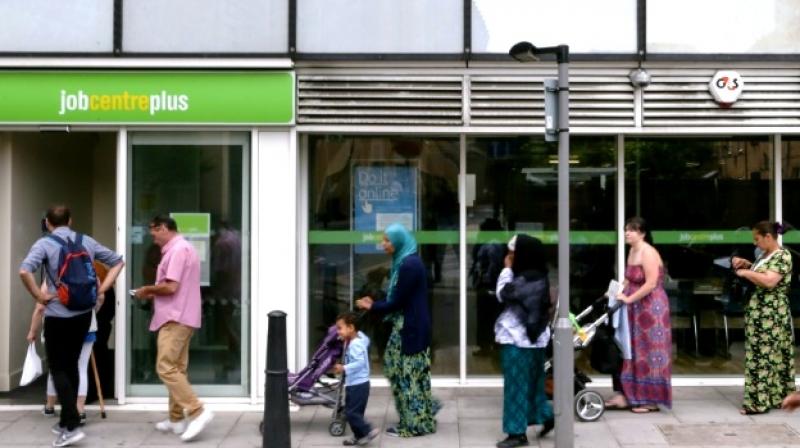 The report highlighted that hundreds of millions of people remain poor despite holding one or more jobs. (Photo: AFP)

Geneva: The global unemployment rate inched down last year, the UN said Wednesday, warning though that jobs often failed to guarantee decent living, with some 700 million workers wallowing in poverty.

Unemployment around the world fell last year to 5.0 per cent from 5.1 per cent in 2017, for the first time dropping to the level seen before the global financial crisis hit in 2008, the International Labour Organization (ILO) said. But in its flagship "World Employment and Social Outlook" trends report, the ILO also raised serious red flags about the health of the planet's job market.

Deborah Greenfield, ILO's deputy director-general, told journalists in Geneva that the decline in global unemployment "is projected to stall", amid "uncertainty on many fronts," and a "deteriorating economic outlook". The UN agency said it expected the jobless rate to remain at roughly the same level this year and in 2020, although the number of unemployed people should swell by two million to a total of 174 million next year as a result of the expanding labour force.

In particular, the report highlighted the hundreds of millions of people who remain poor despite holding one or more jobs. In fact, it found that a majority of the 3.3 billion people employed around the globe last year suffered a "lack of material well-being, economic security, equal opportunities or scope for human development."

"Being in employment does not always guarantee a decent living," ILO research director Damian Grimshaw said in a statement, pointing out that "a full 700 million people are living in extreme or moderate poverty despite having employment."

The report found that a full 61 per cent of all workers worldwide, or two billion people, are in so-called informal employment, with little to no social and contractual protections. Greenfield cautioned that some new and emerging business models, such as using new technologies to create temporary work through web-based platforms for things like ride-sharing services, could expand that number if not regulated properly.

"Without the right policy measures it could easily add to the informal labour force," she said. Among other issues highlighted in the report was the lack of progress in closing the gender gap in labour force participation, especially in the Arab states, North Africa and southern Asia.

ILO found that just 48 per cent of women are in the workforce, compared to 75 per cent of men, meaning that around three in five employed people last year were men. In the Arab states, for instance, the report found that the unemployment rate for men stood at 15.6 per cent, three times that for men.