US mum murders daughter by forcing crucifix down her throat

Juanity Gomez committed the heinous act on her own daughter Geneva thinking she was possesed. 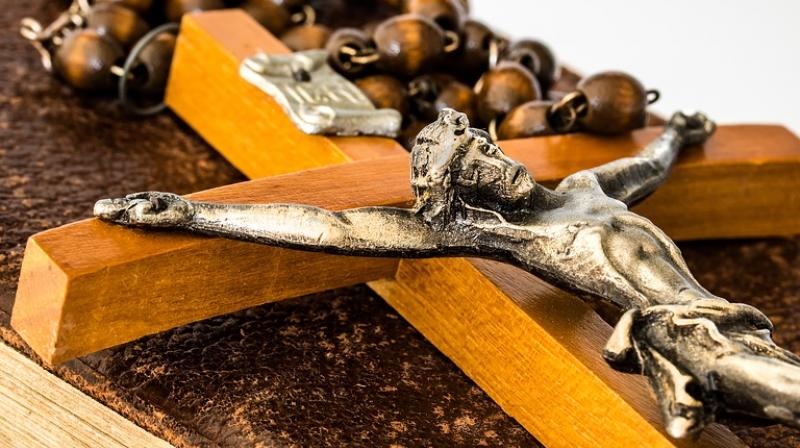 The victim's boyfriend, Francisco Merlos, found her lying on the ground inside her mother's home with her arms spread out as if she had been crucified. (Representational Image/ Pixabay)

A woman from Oklahoma, US, murdered her own daughter because she believed that she was being controlled by the Devil.

51-year-old Juanity Gomez committed the heinous act on her own daughter 33-year-old Geneva.

The victim's boyfriend, Francisco Merlos, found her lying on the ground inside her mother's home with her arms spread out as if she had been crucified.

He testified that when he asked Gomez why she did not seek medical help for Geneva, the woman simply mumbled about the "Devil and money", and claimed her daughter was "possessed".

Gomez told police that she watched her daughter die and then placed her body in the shape of a cross. Apparently, she tried to clean her daughter and other items in the home, according to police statements.

Police noted that Gomez had very swollen hands and several bruises on her arms.

She told police they were from her daughter fighting back, during the attempt to "rid Satan from her body".

A psychologist earlier found Gomez competent to stand trial and said she was feigning memory problems to appear incompetent.

Geneva was bloody and nearly unrecognisable, with a large crucifix placed on her chest and severe trauma to her face and head.

Gomez - who was found guilty of first-degree murder last month - admitted punching her daughter repeatedly and forcing the crucifix and a religious medallion down her throat until blood came out of her mouth.