34-year-old held a garage sale to sell off all of her ex-husband's belongings - then torched her wedding dress as a crowd looked on. 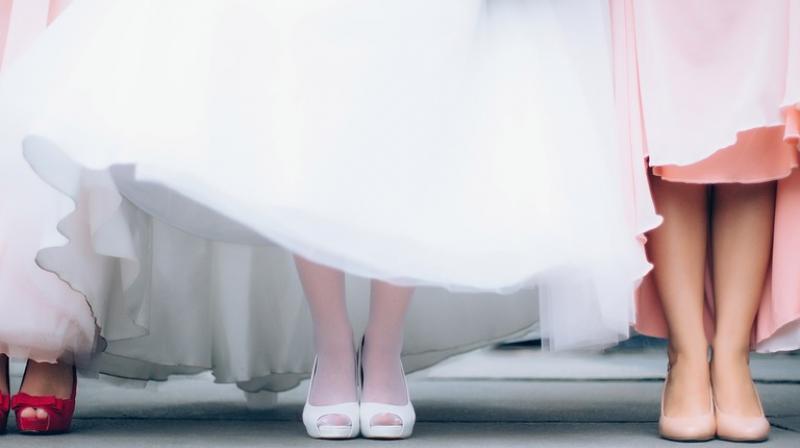 The mum-of-two had filed for divorce two years ago and was officially granted the divorce on January 31.

In a bizarre incident, 34-year-old Briana Barksdale posted ads on Craigslist and Facebook advertising her “Divorce garage sale” in honour of “FINALLY being able to divorce my worthless, cheating, abusive husband.”

And since divorce is expensive, Barksdale was selling off an entire household of her ex husband’s things, including a living room set, queen size bed, an entire kitchen’s worth of things, some clothes, and “pretty much everything it takes to keep a lazy worthless human being in a state of comfort for a year.”

The mum-of-two had filed for divorce two years ago and was officially granted the divorce on January 31 - after Barksdale’s ex pleaded guilty to assault of a family member, according to Click 2 Houston.

Barksdale’s ex also apparently tried to take her dog, a point she used to defend her actions in her garage sale Facebook post, writing: “Who does that?!”

In addition to offering her ex-husband’s belongings at a discounted rate, Barksdale wrote on Facebook that attendees could also “help burn the pictures and my wedding dress, if you like.”

The invite was extended to anyone who had “been completely screwed over by an ex” and included mimosas and doughnuts.

Prior to setting the wedding dress on fire, shoppers wrote insults and messages directed to Barksdale’s ex-husband - before the divorcee lit it on fire to the cheers of onlookers.