Lohri is here bringing along folk songs that would make you want to sit in front of a bonfire and sing along. 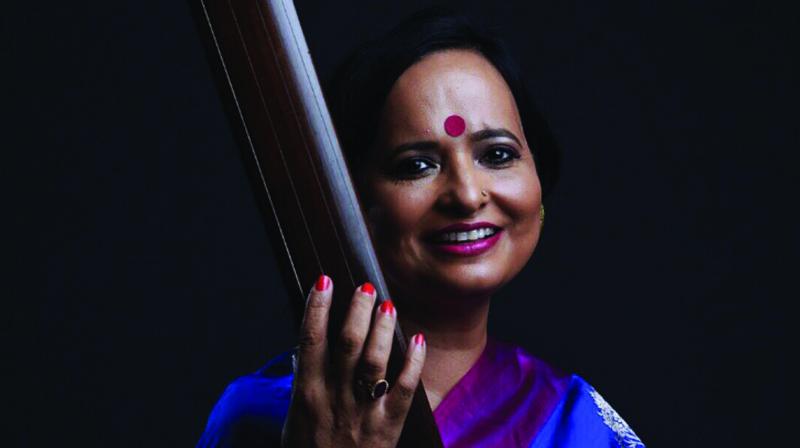 It is that time of the year where the seed has germinated into a full-grown crop that it is all set to be harvested and celebrated. Lohri is one such festival wherein the winters are bid farewell and we bring in the new season with a bonfire, singing and dancing to celebrate their happiness.

Sunanda Sharma, a classical and semi-classical singer from the Banaras Gharana, brought the evening alive by enthralling the audience with the tunes of Punjabi folk when she performed recently at the India Habitat Centre in the capital.

Spending her entire childhood in Punjab and Himachal Pradesh, she was brought up listening to folk songs. “I sing folk music for my own pleasure and happiness,” she says, adding, “For me, it is a festival of immense hustle and bustle and exaltation where everybody celebrates the coming of the new season and the new happiness that comes along with it. I go back to my childhood when I sing folk Punjabi songs.”

She believes that folk music has always been a part of her as she grew with this kind of music. She believes that it is  important that a person knows his or her folk music as well. She continues, “If you are a classical singer, and if you don’t know the (folk) music of where you belong, you are less connected to the roots. Folk music reflects the traditions of a place.”

She is overjoyed when she sings Punjabi folk music and that joy is evident on her face as well. She continues, “Whenever I get to sing Punjabi and Himachali folk music, there is a wave of joy running through my veins because I can connect with people instantly.” And it is due to the fascinating aspects of folk music, the joy is derived because of the celebratory nature that these tunes possess.

Whenever she visits Punjab, she ensures that she visits the people and especially the elderly ladies. She explains, “The information and knowledge you get from them, cannot be found on google. You get almost 150 years worth of experience just by sitting with them.”

Every musician is on a quest to hit the right note every time they practice and perform. Though she was learning folk music through the people around her, she did not restrict herself to just folk music. “I wanted to go deeper into the note and that’s why I started learning classical music from my father. When it comes to the right note, the ‘guru’ catches it.”

On the subject of fusion in music, she opines, “One must indulge in fusion if he or she understands his or her folk music and the other deeply. People without understanding the two types of music, fuse them for the heck of it and with disastrous results.”

When asked about how she derive happiness from singing folk songs every time, she concludes, “When I see the faces of happy people, my happiness increases as well. If you get a chance to connect with your roots and sing, you will enjoy it with the same enthusiasm.”