Untamed passion for the rare frame

Wildlife photographer Thomas Vijayan is the first Keralite to win the ‘Photography Oscar’. 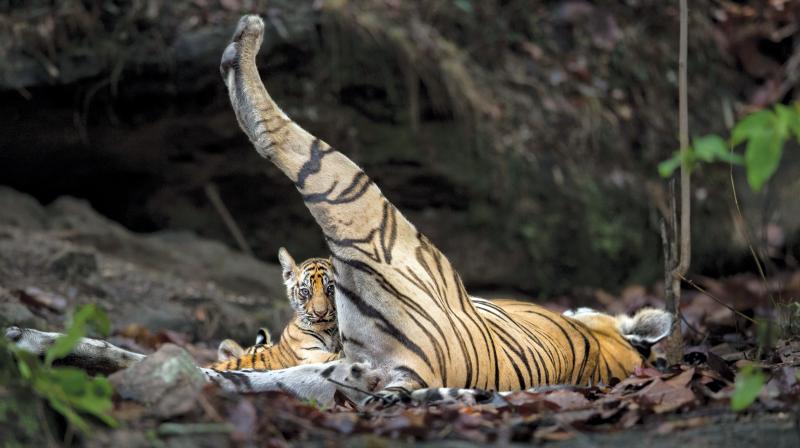 Thomas captioned this photograph ‘Peek a Boo’ where a tiger cub can be seen directly looking at the lens.

All great photographs have a tale to tell; so does Thomas Vijayan’s lens that has captured a wide variety of untamed magnificent wildlife species such as lions, tigers, coyotes, Vervet monkeys, bears, birds and more.

His passion for photography began as a 10-year-old who was intrigued by nature and explored landscapes using analog cameras. But now, the landscapes are all different. “I travel a lot and photography travels with me everywhere, allowing me to capture memories of my journeys and share them with the world,” he says. 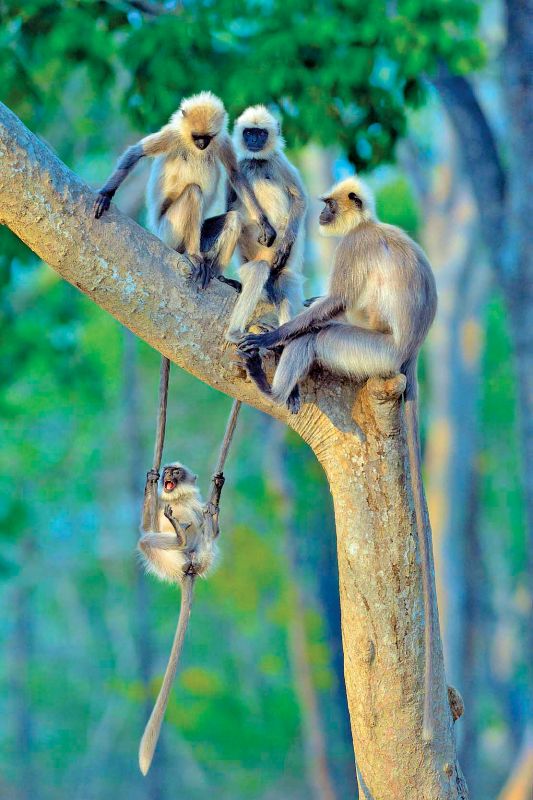 Thomas is the fourth Indian and the first Keralite to win the award in the past 51 years.  Originally from Kottayam, Thomas, an architect by profession, is currently settled in Canada with family.

The award-winning photograph was of a common Langur hanging on two tails and swinging naturally. It was shortlisted from over 42,000 entries from across 96 countries by nine member jury. “This image is special in its own way as it was selected by the jury for the people to make their choice. A picture is only meaningful if it can draw emotions from the audience’s faces,” says Thomas.

Asked about his most challenging moments as a photographer, Thomas says, “Shooting the most common thing is the most difficult thing in wildlife. In wildlife photography, everything has a life and it is the moment that speaks through the photo. The award-winning photo is of a very common species of monkeys people ignore most of the time. That image was a story-telling moment; it was a playful monkey family.”

Adding to that, he shares one of the dangerous experiences he had while looking for that perfect shot. “I was looking for Grizzly bears at the northern province of Canada and was trekking upstream when I suddenly slipped into the stream. However, I caught hold of a branch just before a huge waterfall. I had to hang on to it for almost 20 minutes with black bees stinging all over my hands. I couldn’t do anything and had to wait until a rescue team arrived.”

Thomas strolls along the most diverse wildlife land to capture some gripping images. “African savannas are my favourite place for photography. I have been to various forests in Kerala, mainly for trekking. Kerala is one place where they don’t promote safari in the forests. Wildlife photography is a real challenge here; the thick forest doesn’t allow you to spot an animal quickly. But if it’s to enjoy the forest, I always prefer Kerala,” says Thomas.

More than beauty, his photographs have messages too. “As a wildlife photographer, I always suggest that our picture should bring a change in the thought of human beings who destroy the universe.”

He also shares a few tips for aspiring photographers. “Visualising what you exactly need is important. Once you reach a spot to photograph, visualise the frame and wait for the right moment. And always go for quality of the photo rather than quantity of pictures.”