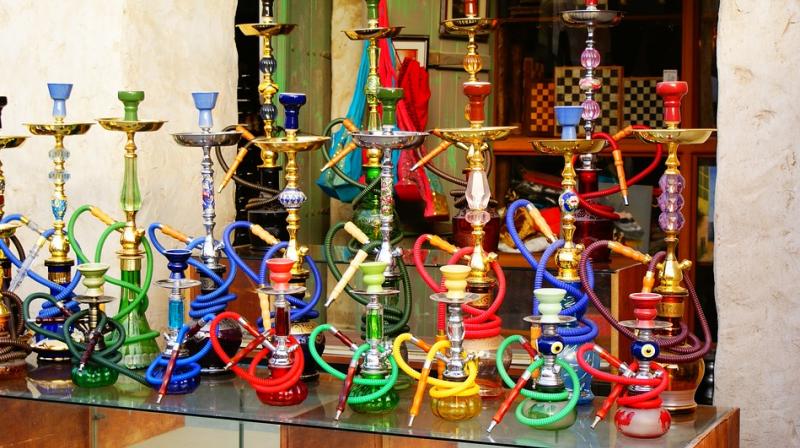 Washington: Use of hookahs - which have harmful health effects similar to cigarettes - is on the rise in the US, with restaurants, bars and nightclubs posting thousands of promotional photos with smoke and stylised pipes on Instagram, a new study has found.

Social media is giving researchers insight into the rising use of hookah. Hookah, smoked through a water pipe and also known as shisha, has harmful health effects similar to cigarettes. However, as cigarette use declined between 2005 and 2015 in
the US, hookah use increased. New data from social media documents thousands of people using hookah in social settings and nightlife establishments using social media to promote hookah use.

Researchers from the Keck School of Medicine of University of Southern California (USC) analysed Instagram to capture and document the social and environmental context in which individuals use and are marketed hookah-related products.
"By focusing on social media data, we can quickly discover emerging problems posed to public health, directly observing what the public is experiencing, doing and thinking almost in real-time," said Jon-Patrick Allem, a postdoctoral scholar research associate at the Keck School of Medicine of USC.

The study describes how the researchers analysed posts on Instagram between February and May last year by combining the hashtag #hookah with a geo-location inside the contiguous US. Their analysis of more than 5,000 posts determined overarching themes within the images. More than a third were promotional material for hookah lounges, restaurants, bars and nightclubs, while a quarter depicted people lounging and using a hookah.Other themes included photos of a person blowing smoke or of stylised pipes.

Hookah promotion on social media was not surprising, said Jennifer Unger, a professor at the Keck School of Medicine. However a third of the images showcased or referenced alcohol, suggesting nightlife entertainment regularly depicts and promotes using multiple substances."Instagram's focus on images facilitates picture-based
advertising where hookah lounges promote drink specials at the same time nightclubs promote hookah specials," said Kar-Hai Chu, a former research scientist at USC.
"Our findings could be of great importance to public health as tobacco use facilitates greater intake of alcohol and vice versa," Chu said.

Researchers did not find promotional material discouraging hookah use in their data.
"Instagram users may see pictures of their friends and family enjoying themselves in social settings where hookah use is a focus," said Tess Boley Cruz, an assistant professor of at the Keck School of Medicine. "Given the potential diffusion of such images through social media, it will be important for tobacco control researchers to develop programmes to combat the positive imagery, and potential normalisation, of hookah use on Instagram," said Cruz.