Bollywood hottie Kartik Aaryan has been slammed for the Veet hair removal ad where his six-pack abs look photoshopped. 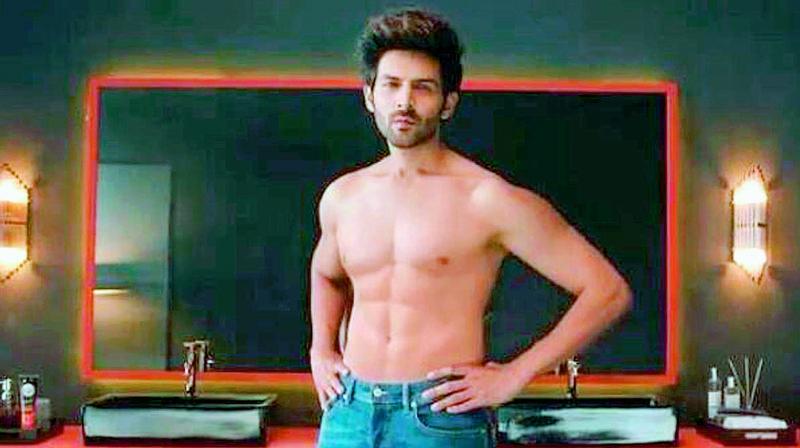 Women have always been objectified and stereotyped, but now men too are finding themselves thrown into the bandwagon. They’re being told that they need to look a certain way to be “worth” it.

Indian sentiment for perfection goes long back but certainly got imprinted in the social psyche with ‘Fair and Lovely’ advertisements promising fair skin and promoting it to be the standard of beauty and confidence, knowing/unknowingly implying that girls with darker skin tone couldn’t be or weren’t confident or good looking. Then a few years ago, cutting through the gender discrimination, the product makers introduced a similar product called ‘Fair and Handsome’, with a message that was undoubtedly similar.

Cut to present times: The recent advertisement of Veet hair removal cream for men, starring Bollywood’s current heartthrob Kartik Aaryan, has got netizens talking angrily about the perils of trying to achieve the “perfect” look.

While the product itself doesn’t seem problematic, the advertisement featuring Kartik, who’s shown with excessively photoshopped six-pack abs, does. Now, the actor is being slammed for letting the filmmakers use excessive Photoshop on him and, thus, for promoting toxic masculinity.

In the video, one can actually notice the excessive Photoshop, which has been used on Kartik’s body. One of the user with the handle, @the_official_nilesh_garg, commented on the post saying, “"Dear Veet, please tell me how to put on those fake abs because my crush likes guys with abs. Please? (Sic)”