In the realm of the senses

The set in which they perform on is inspired by “combination of many things” explains Roysten. 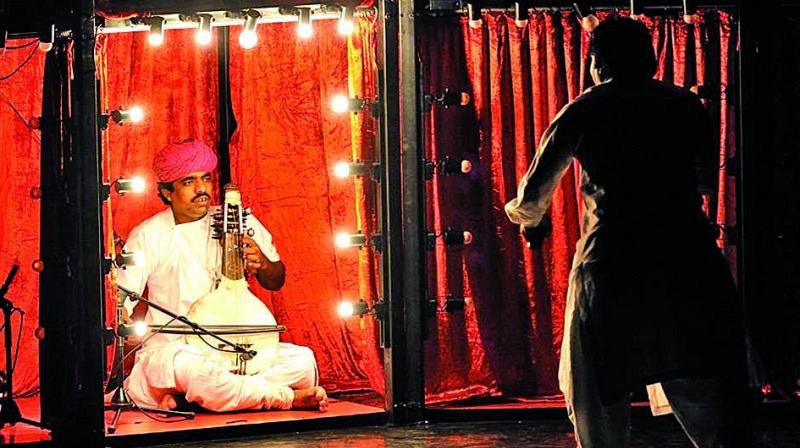 The Manganiyar’s performing at a show

What makes Roysten Abel’s magnum opus – The Manganiyar Seduction a global success is not just its pursuance of Rajasthani classical music. Its success alludes to its hair-raising ability to build up a musical performance and take it several notches higher with a steady stream of visually gratifying elements leading to almost an interchange of senses—  The music can be visualised and visuals can be heard and that’s what has been selling out stadiums, arenas and landmark venues across the world for the last 12 years.

The Manganiyar Seduction is made up of 38 men from the age groups of 17 to 75 who have predominantly settled in Rajasthan’s Jaisalmer, Barmer and Jodhpur districts. But more importantly, what sets this bemusing spectacle apart is its futuristic stage, which consists of four-storeyed rows of small pods, one atop the other, with each artist occupying a small box. These pods are illuminated every time an artist joins the extended piece of music. As the performance progresses, the climax is heralded by a luminescent and rousing light show as all the pods glisten in unison. “Their music has always been very moving and touching and that’s what got me to go and do this piece with them. It’s remained that way,” narrates Roysten.

Traditionally, the Manganiyar minstrels performed for kings and nobles, but since the change in the style of governance over the years and with increasing support from individuals in the community, their music has shifted from kings to other affluent members of society.

“The first performance was actually a scratch performance from what we have today. It was first created for the opening of the Osian's Film Festival in Delhi back in 2006 and their very first International show was at the Festival Internazionale di Villa Adriana in Musica Per Roma,” says Roysten.

The set in which they perform on is inspired by “combination of many things” explains Roysten. “They appear to me as the jewels of the country and so they had to resemble jewel boxes. They are also inspired by the ballast theatricality of the red-light district of Amsterdam and Hawa Mahal in Jaipur. So, it’s a combination of all these things.” 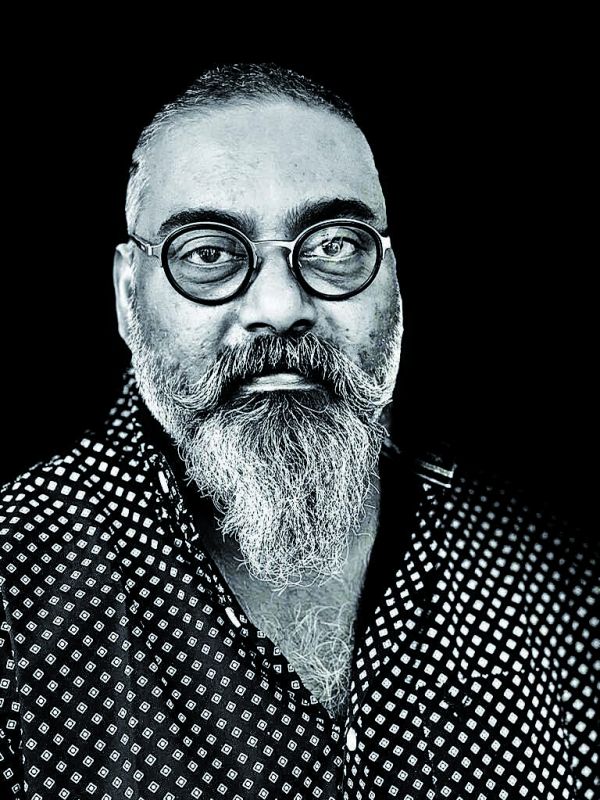 Their repertoire ranges from ballads about the kings to Sufi poems written by various mystics. But the Manganiyar Seduction is primarily designed around Sufi saint Bulleh Shah’s historical ‘Alfat in bin un bin’, which refers to the almighty and the universe.

Although the production revolves around this one rendition, “it spans over an hour. There are many things that come in and go, it’s structured like that,” he explains.

The show brings along with it the sounds of the desert. Accompanying the vocals are a range of instruments belting out sonorous sounds from Rajasthan. “The main instrument of the performance is the kamacha. Then there is the Sindhi sarangi, the algoza, dholak, dhol, kartal, morchang, murali, so theres a lot of instruments, plus the vocal of course.” Says Roysten.

Over the years, the thespian has formed a special relationship with the Manganiyar musicians. While directing a play in Spain in 2006, Roysten came across two Manganiyar musicians, who are still a part of the production today including the chief conductor Deu Khan. It was there that he was first seduced and upon returning to India decided to start his own production called The Manganiyar Seduction. Today, he also has another project called the Manganiyar classroom where he brings to centre stage, 35 little Manganiyar boys who are the musicians’ children.

Travelling the expanse of the world from the Sydney Opera house to the Royal Opera House in Muscat, The Kennedy Center in Washington DC, Quartier De Ete in Paris and the ilk, the production is posed with logistical challenges. “The challenges have been a lot with travel. Because there are 40 Muslims travelling and you know how it’s like. Especially when you go to the US or places like that. So you face all these Visa and immigration problems but other than that there’s nothing. After doing it so many times we’ve managed to pull it through,” beams Roysten.

While this piece might be called many things, Roysten doesn’t find a place to put it categorically, “It’s all theatre for me but it’s very difficult to define it and I think that’s the beauty of the piece. It’s not pre-decided because it doesn’t have a precedent.”

Ask him to concede the high points of his theatrical production and he quite naturally replies like a possessive father, “It’s the whole show. It’s the way the show progresses and how it picks you up from one place and leaves you with an exuberant high.”