Cheetahs should be listed as 'endangered': scientists

The future of the cheetah relies heavily on working with farmers. 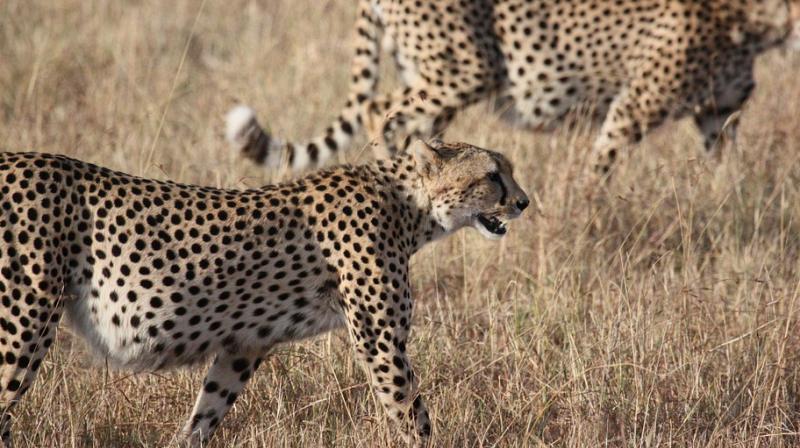 Washington: Cheetahs, one of the planet'smost iconic big cats, should be listed as "endangered", according to scientists who have found evidence of low cheetah
population estimates in southern Africa.

A comprehensive assessment of cheetah populations prompted the researchers to support the call for uplisting of cheetahs from "vulnerable" to "endangered" on the International Union for Conservation of Nature (IUCN) Red List.

The study revealed that only 3,577 adult cheetahs remain in southern Africa. This estimate is 11 percent lower than the IUCN's current assessment. With partial support from the National Geographic Society, researchers analysed more than two million collared cheetah observations.

Their findings showed that free-ranging cheetahs were present across about 789,700 square kilometres in Namibia, Botswana, South Africa and Zimbabwe between 2010 and 2016.

"This is the area with the largest population of free-ranging cheetahs left on Earth. Knowing how many cheetahs there are and where they occur is crucial for developing suitable conservation management plans for the species," said

Varsha Vijay, from the Duke University in the US. According to the study published in the journal Peer J, 49.7 per cent farmers consider cheetahs a source of conflict, while only a minority of farmers (26.5 percent) actively persecute (eg, kill or trap) the species.

"The future of the cheetah relies heavily on working with farmers who host these big cats on their lands, bearing the heaviest cost of coexistence," said Florian Weise of the Claws Conservancy.

The study not only estimated the number of cheetahs in areas with confirmed sightings, but also identified places where it is possible for cheetahs to live but where they have not been recently observed.

"To better understand this rare and elusive species, we need to complement the monitoring of confirmed populations with the investigation of possible cheetah habitat," said Vijay.