Life   More Features  13 Sep 2017  Lola, Baroness Young speaks on Booker shortlist, says there is something for everyone
Life, More Features

Lola, Baroness Young speaks on Booker shortlist, says there is something for everyone

Chair of judges for Man Booker Prize speaks about shortlisting the six books for acclaimed award, literature and her favourite authors. 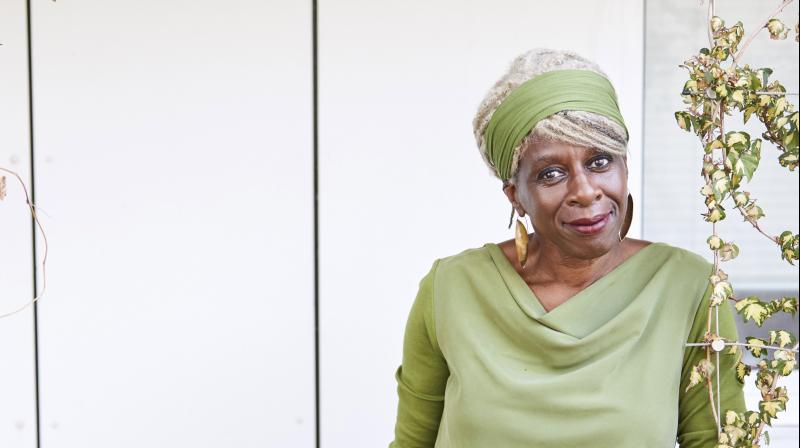 Literature like any other art form changes and shifts over time in terms of tone, content and level of experimentation, says Chair of judges, The Man Booker Prize, Lola, Baroness Young

Two American heavyweights, two debut works of literature and authors who make the list for the fourth time and second time respectively are what make the shortlist for one of the more famed literature awards around the world.

The Man Booker shortlist for 2017 has been announced.

Surprising exclusions from the list were Colson Whitehead (who won the Pulitzer this year for The Underground Railroad), former winner Arundhuti Roy and acclaimed author Zadie Smith.

The names were announced by 2017 Chair of judges, Lola, Baroness Young, at a press conference at the offices of Man Group, the prize sponsor on Wednesday.

Speaking on this year’s shortlist, Lola Young, Baroness Young of Hornsey says that the present year's shortlist collectively push against the borders of convention and acknowledges established authors as well as introduces new voices to the literary stage.

She adds, “As judges we feel it's a great shortlist that will introduce readers to budding writers and to new writing by established authors. There is something for everyone to read.”

The novels that have been featured in the shortlist range from the fierce to the traditional and Lola says that identifying the best was what made them enter the shortlist.

“We focused on identifying the best, most engaging and stimulating writing from the longlist of 13.”

And even though the list features equal number of authors from both genders, it is not related to the criteria of being chosen.

“The shortlisted books were chosen because they were excellent and not because of the gender of the authors,” the author says before adding, “We also don't take into account the ethnicity, nationality or age of the authors. It's about how well the book stands up to examination from each of the five judges.”

When asked whether literature itself has changed in voice and tone over the years, the Baroness says that literature, like any other form of art is subject to the influence of time as well.

Replying to queries why certain favourites never made it to the list, she adds, “We can't talk about why specific books from the longlist weren't in the shortlist, but it was a difficult decision and many fine books didn't make it.”

As for what literature means to her, Lola elaborates that reading has always been important to her. “It's the experience of being taken out of your world and being inserted into someone else's. Good literature is whatever makes you think and challenges your thinking - it can be energising, unsettling and even dispiriting.”

“I like a wide range of writing from plays and poems to historical works of fiction to thrillers and biographies. My favourite authors include Andrea Levy, Toni Morrison, John Le Carre, Ruth Rendell, Albert Camus, Alice Walker, Franz Fanon - I could go on!”

As for a cheeky question as to which one is her favourite from the list is, she simply says, “I can't answer that I'm afraid.”