Due respect at last?

Just approved, the Transgender Persons (Protection of Right) Bill comes as great news for the community. 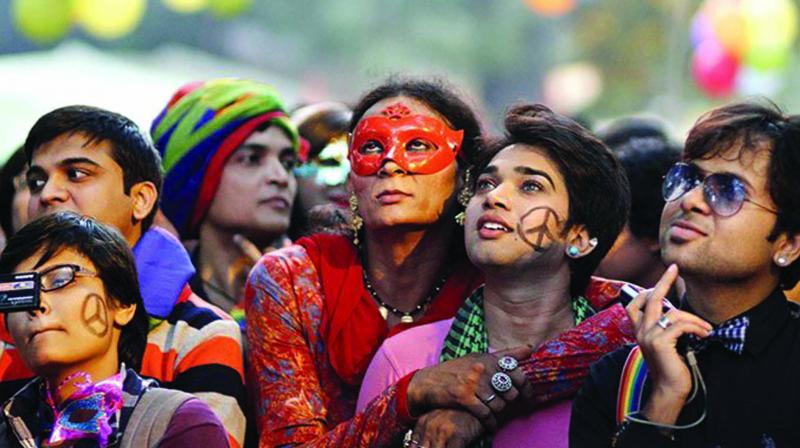 The bill provides a mechanism for the educational and socioeconomic rights of transgender individuals.

The Union Cabinet recently approved the proposal to introduce The Transgender Persons (Protection of Right) Bill. The bill provides a mechanism for the educational and socioeconomic rights of transgender individuals.

“The bill will benefit a large number of individuals belonging to the community, mitigate the stigma, discrimination, and abuse against this marginalised section and bring them into the mainstream of the society… this will lead to inclusiveness and will make the transgender persons productive members of the society”, an official statement said.

The Bill defines a transgender person as one who is partly female or male, or a combination of female and male, or neither female nor male. In addition, the person’s gender must not match the gender assigned at birth, and includes transmen, transwomen, persons with intersex variations and gender-queers.

According to the bill, a transgender person must obtain a certificate of identity as proof of recognition of identity, and such a certificate would be granted by the District Magistrate on the recommendation of a screening committee.

The committee would comprise a medical officer, a psychologist or psychiatrist, a district welfare officer, a government official, and a transgender person.

“Finally, the law, as well as the world, is recognising transgender people equally as other human beings. People in this community are bullied all the time and I have friends who are scared to come out because of this very reason. So, I guess now they’ll open up and try to live freely,” says Pritha Majumdar, a college student.

This is a progressive step towards extending constitutional protection to this highly marginalised community. “Till date transpeople, especially teenagers, are physically and mentally harassed to a great extent as they are tagged and labelled as abnormal. It is good to see that, finally, the Indian judiciary is providing these people with equal protection. I hope the crime rates against them decrease from now onwards and they get their long-deserved life free from fear,” says Neha Sharma, a corporate employee.

So while the general public seems to be happy with the bill, that isn’t really the case with the trans community. “I don’t think the screening committee should be a thing. Self-determination of identity is at the core of what every transperson is fighting for. Also, the bill mentions six months to two years of imprisonment for abuse. Any form of abuse gets seven years in a regular scenario, whatever regular may be. I think that just makes transgender people seem less equal to cisgendered folks”, says Naina, a member of the trans community and  Assistant Manager Operations

“As per the latest judgment, I feel that on a humanitarian ground no one should be given the right to screen the identity someone relates to; secondly, I believe Indians talk about equality, which is being violated in this bill in terms of sexual harassment, where we are getting distinguished as being a transgender,” said Kiara, a member of the trans community and Marketing and PR.

Amrita Sarkar, trans-rights activist and member of SAATHI (Solidarity and Action Against The HIV Infection in India) shares her views, “In 2016, the bill was more complicated as there was no definition of transpeople. For the major part of this bill, I think, self-identifiction of identity is missing. Whether I’m a transwoman or a male or female is absolutely up to me, I don’t have to go to any committee to decide my sex/gender.

“During childhood, all parents of transgender individuals are not friendly. So they try to change the mentality of the transperson, so sometimes the children run away from their home, or they take shelter in a hijra family or sometimes they commit suicide. Therefore, there should be a child welfare committee or welfare body,” she further adds.

“The trans community and the Delhi Commission for Women have combined the recommendations and within two weeks this will be sent to the PM and Government. Whatever they are doing for us, they need to involve community members. We are not saying the bill is stupid, but there are some things that need to be worked up,” Amrita concludes.

What transpeople want
Some of the recommendations by the NGO, SAATHI, based on conversations with transpeople:

The Bill needs to comprehensively include within its scope transgender women and transgender men, i.e. those who identify as female, male or third/transgender. Additionally, as per the NALSA verdict, genderqueer persons and those with indigenous identities (hijra, aravani, thirunangai, jogappa, shiv-shakti, nupa maanba, nupi maanbi) would be included in the transgender umbrella, and their legal rights to self-define as male, female or third/gender need to be granted.

The Bill mentions a district screening committee (after going to District Magistrate). This goes  against the principle of self-identification as laid out by NALSA, and needs to be eliminated.

We draw your attention to the recent Andhra Pradesh High Court verdict filed by transwoman Ganga Bhavani with HRLN (2019), that clearly lays out that body screening and medical examinations are against the rights of transgender people.

Additionally, a recent Karnataka High Court verdict (Jeeva, 2019) has directed the Department of Education to recognize change of name and gender without requirement of medical certification.

NALSA specifies that insistence on hormonal therapy or medical procedures as proof of gender identity is both illegal and immoral.

As per the Bill in its current form, sex reassignment surgery is mandatory for those transgender people wish identify their gender within the binary (male/female) framework. It is not required only for those who seek to identify as third/trans gender.

We also draw to your attention that Department of Publication (2018) of the Government of India that has now uploaded a new application format on their website for legal name and gender change. The format does not require the applicant to have undergone SRS or psychological evaluation for the same.