Boy from Kazakhstan who had gone to doctor complaining of earache ends up getting maggots removed from ear. 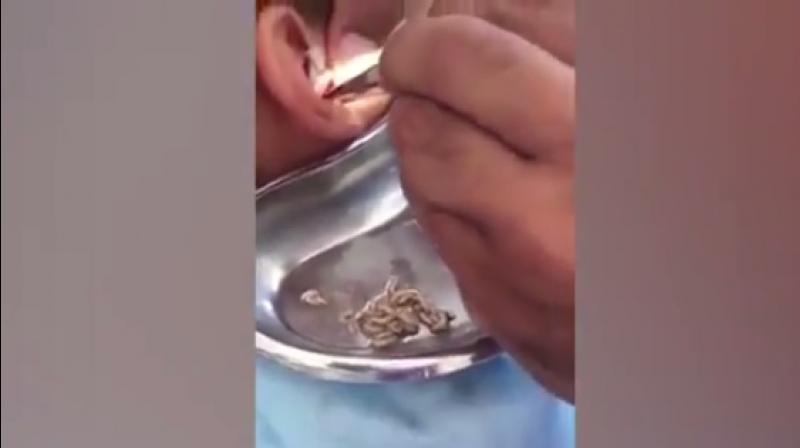 Horrific footage of a doctor removing dozens of slimy, squirmy maggots from a boy’s ears have gone viral (Photo: Youtube)

From botflies removed from the head to squirming maggots removed from ears, it seems that bugs are closer to us than we would perhaps like them to be. And now a horrific footage of a doctor removing dozens of slimy, squirmy maggots from a boy’s ears have gone viral.

The young boy, who, it turns out is from Kazakhstan, had gone to the doctor complaining of a sever earache. However, what the doctor diagnosed was far from his wildest imaginations.

Eyewitnesses, who were present during the procedure could not believe their eyes when the doctor began removing live maggots from the boy’s ears.

The video shows him pulling the grey maggots, a single at a time with his tweezers and depositing them in a surgical dish.

By the time the doctor had finished there were dozens of maggots wriggling in the stainless steel container.

An eyewitness who was present during the disgusting procedure filmed the entire thing and put it on social media, turning it viral overnight.

The maggots, each about one centimetre long, are believed to be the larvae of a bluebottle or blow fly (Calliphoridae).