Tik Tok, round the clock

What is it about the popular video-sharing app that makes even celebrities create viral-worthy content? 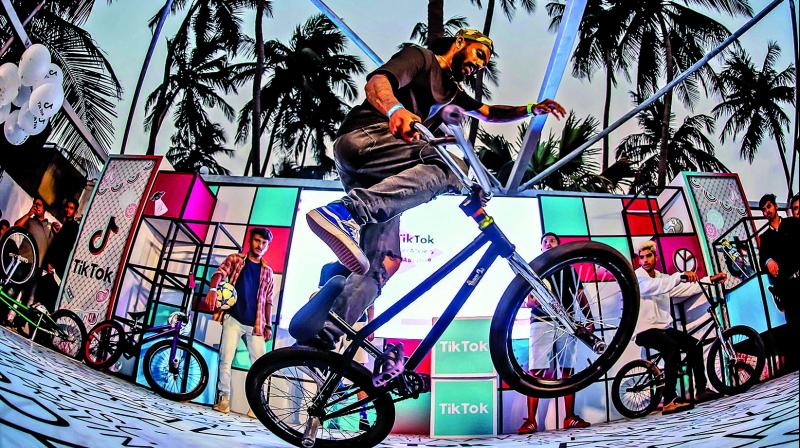 One of the most downloaded application on Google Play among youngsters worldwide, Tik Tok has a staggering figure of over 200 million users in India alone and has gained popularity in a short span of time across India.

The cricket fever in India is at its peak with the ongoing ICC World Cup 2019. And as Indian fans across the world cheer for our men in blue, TikTok, the video-sharing app has joined in the cricket mania. The app has been flooded with the tournament videos by not only fans, but also by cricketers. Whether it is West Indies Cricketer Chris Gayle grooving to Champions or New Zealand player Inderbir Singh Sodhi crooning to Tenu Suit Suit Karda, the app content is viral.

One of the most downloaded application on Google Play among youngsters worldwide, Tik Tok has a staggering figure of over 200 million users in India alone and has gained popularity in a short span of time across India. According to the popular content creators of the app, TikTok could be touted as the next “preferred medium of digital expression for creative India” because of the user-friendly filters, features and functionality aspects. Paras Tomar, an actor and popular TikTok content creator, who is famous for his hashtag #ParasKeNushke has a following of 1.6 million and posts three to four times a week. Speaking about his experience on the app, he mentions, “I like the app for its studio-quality videos and number filter options. I joined it a year back and started posting about homemade skin remedies in a funny manner. That was liked by a lot of users and I gained a lot of following in just one year.”

Similarly, another popular couple content creator on the app Nagma Mirajkar (8.2 million following) and Awez Darbar (11.4 million following) are regular at posting dance and filmy videos on the platform. Speaking about the salient features, the couple says, “We love the editing options on the app – from slow-mo, pause, 3D effects and fast forward – we use a lot of these handy features to make our videos more professional. The best thing is that we can add sound effects, songs, and dance sequences in between these short videos to make it more entertaining for our viewers. Also, the beauty filter is our favourite and we keep experimenting with more funny faces that is added every month.” 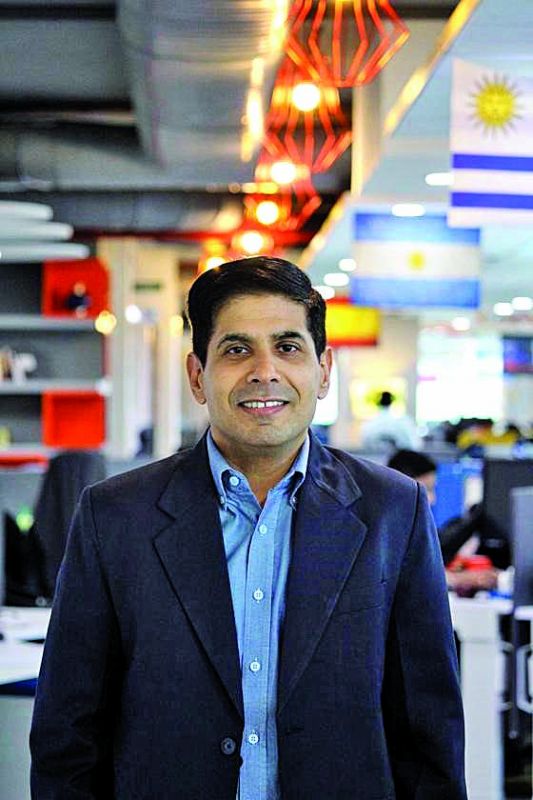 Sachin Sharma, director of sales and partnerships at TikTok India.

The platform is also flooded with videos of youngsters posting hilarious 15-second videos of dance, singing, lip-syncing dialogues and other talents, which attracts the Gen Z users with very less attention span. Sachin Sharma, director of sales and partnerships at TikTok India, mentions why the app saw an unexpected growth in just two years after its launch in India. He says, “With its easy-to-use features and localised approach to content, the app serves as a great platform for people from deepest pockets of the country to share their talent in front of a global audience and in the process, become influencers in their own right. Some of the viral hashtags that got popular between the age group of 18-24-year-old users were #Pikachu, #Gaspuri, #MeriMaa, #SafeHumSafeInternet etc, which were widely used by the people in India. We connected and empowered digital Indians, and bought together three important factors – operations, algorithms, and products.”

Perhaps, the battery of Instagrammers, YouTubers, and bloggers discovered this platform to increase their fan base with TikTok, but it’s not that simple to be a star creator on this app as it’s hard to control the content quality on this application. Manuja Gupta, a TikTok fan, mentions, “I love the application as it’s very easy to use, but there is a lot of annoying content on the timeline that keeps cropping up. After the brief ban on the application, the spam and copyright videos are removed more frequently. However, people continue to misuse the features and create low-quality content. I wish the app builders pay attention in weeding out the unwanted content from the app and make it more safe for youngsters.”