Seeing it from the rainbow

This Pride month, Delhi celebrates with festival and event for the queers. 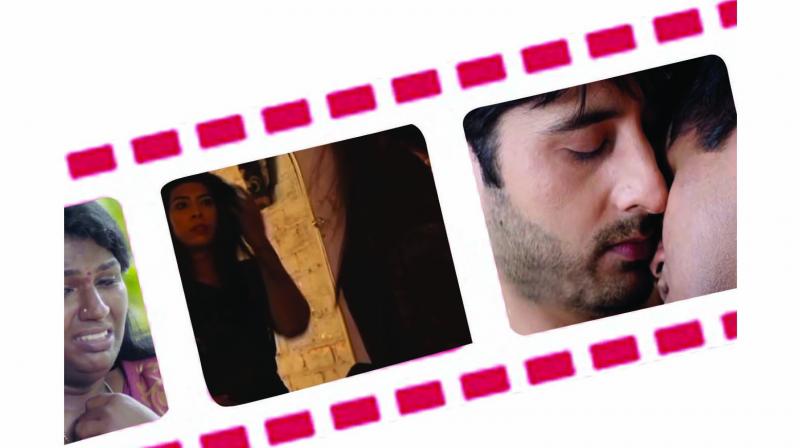 Ever since section 377 has been scrapped out, India has welcomed various debates, dialogues and endeavors for the queer community, be it on health of people or the fight for equality.

A film festival to celebrate the freedom of the queer commumity was recently organised in the capital that invited short movies from independent filmmakers on the same.

Blued Queer Flicks was an open call for the submission of the movies which are based on queer themes, struggles, love, fun, education and society perception, the film makers are budding independent filmmakers. The selected top 10 short movies were open to watch on the app, where users can vote for their favourite movie and on the basis of audience votes, top 5 movies would be screened at the event, along with drama &performance from the people belonging to the community, and a panel discussion around the representation of LGBTQ in art and Cinema.

This is the first time an endeavor like this has been introduced in the India. Blued Queer Flicks has garnered a good response from the filmmakers and artists. The Campaign started in mid-May across pan India online on the app for people to watch and vote for their favorite LGBTQ theme-based movie.

The offline event was recently in the capital at Russian Centre of Science and Culture. The agenda behind this campaign was to showcase the talent and provide the platform to short film makers who want to express their views through visual content based on LGBTQ issues and raise awareness to the masses. Content which people from the community can enjoy and relate to. Over 60 entries were received since the contest was launched in April. Out of the total received entries, there were 10 selected contestants whose short movies will be shown at the fest and the winners will be awarded with the cash prizes and awards. Top 5 voted movies will be screened during the event, along with there are delegates from different LGBTQIA based organizations like UNAIDS, UNDP, India HIV/AIDS Alliance, will mark their presence. Apart from the movie screening, there will be performances from Sukhmach Theatre group & Mitr Trust. Also, there will be a panel discussion around representation of LGBTQIA in art and cinema, following up with the awards & recognition distribution ceremony.

Speaking on the announcement, Sanyam Sharma - Marketing Director, Blued India said, “The LGBTQI community has made a positive shift in India in the last few years & emerged with a strong voice and opinion regarding the issues faced by us in the past.” He then adds, “It's time that they had a voice and what better way to portray it than through films which showcased to the masses at a digital platform like Blued and got a chance to be awarded as a motivation factor.”

He then points out, “Our focus has always been to promote the community and encourage these voices and talent that need to be heard. Through the app, we want to have an open dialogue not with the just the community but those who have a wrong opinion about this community. We hope to see more participation next year from India and share their views on a global platform.”

Blued is a gay social network app globally. Founded by Ma Baoli (Geng Le), the app was launched in 2012 and now counts 40 million users globally. The application is available on Android and iOS. It has features like nearby profiles, live broadcasting, a post timeline, and group conversations. It is not only a dating application but also a social network for LGBTQIA population.