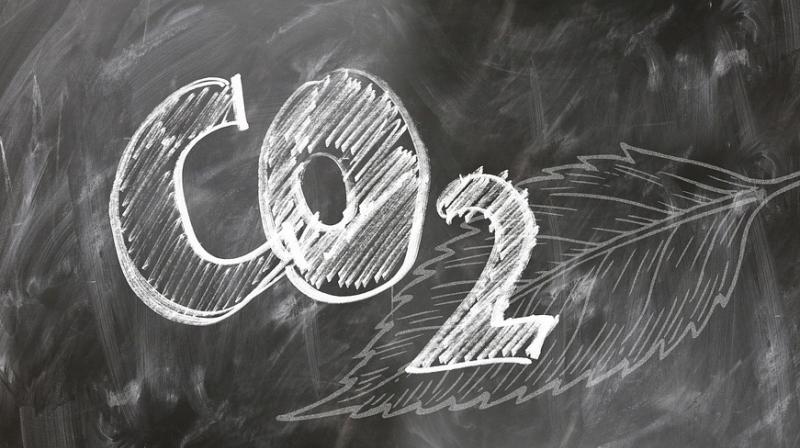 The research points to the need to set explicit CO2 concentration goals to limit the adverse effects of high-impact weather extremes. (Photo: Pixabay)

London: Meeting the global warming target of 1.5 degrees Celsius may not be enough to limit the damage caused by extreme weather, a study has found.

The study, published in the journal Nature Climate Change, demonstrates that higher atmospheric carbon dioxide (CO2) concentrations directly increase temperature and rainfall extremes, meaning there could be dangerous changes in these extremes even if the global mean temperature rise remains within 1.5 degrees Celsius.

The study by researchers at the Oxford University and the University of Bristol in the UK highlights the need for climate policy to complement temperature goals with explicit limits on CO2 concentrations.

"Future work is needed to confirm exactly why we see this direct CO2 effect, but current research points to a combination of circulation and cloud cover changes, and an increase in the amount of direct radiation on the Earth's surface due to simply having more CO2 in the atmosphere," said Hugh Baker, a DPhil student at Oxford University.

Much of the focus of climate change mitigation has been on the goal of limiting warming to 1.5 degrees Celsius agreed at the 2015 United Nations climate summit in Paris.

However, the atmospheric CO2 concentrations required to limit warming to 1.5o degrees Celsius depend on the climate response.

Researchers simulated future climate under the range of CO2 concentrations that might be consistent with 1.5 degrees Celsius of global warming.

In the models, CO2 levels at the higher end of this range were shown to directly increase Northern Hemisphere summer temperature, heat stress, and tropical precipitation extremes.

This means that even if a low temperature response helps us to meet the temperature target, there may still be 'dangerous' changes in extremes - in other words, severe weather impacts beyond those currently expected at 1.5 degrees Celsius, researchers said.

The research points to the need to set explicit CO2 concentration goals to limit the adverse effects of high-impact weather extremes.

It also supports existing findings that proposed geo-engineering solutions aimed at reducing global warming impacts without reducing CO2 concentrations may not be effective at counteracting changes in extremes.

"Geo-engineering techniques that reduce the amount of sunlight hitting the Earth's surface are increasingly thought of as a way of achieving the Paris Goals because they decrease surface temperature," said Dann Mitchell from the University of Bristol.

"However, our results show that for extreme climate such as heatwaves, changing the global mean temperature is not enough, you need to reduce CO2 concentrations themselves," Mitchell said.