Yoking the old and the new

Even the most jaded traveller will be energised after a trip to Japan. 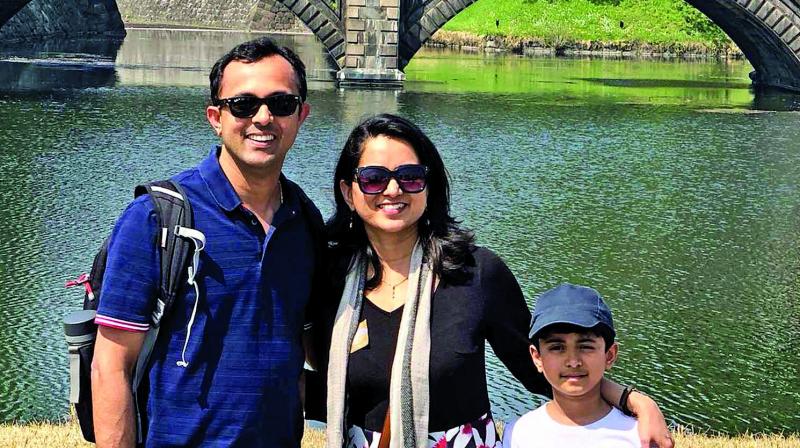 Tokyo has more Michelin star restaurants than any other city. In spite of this, obesity does not seem to be an issue.

My fascination with Japan started from my early teens, thanks to Tintin and the Blue Lotus. Although the Japanese were almost always depicted as villains by Herge, the reality in the 1980s was very different. Japan was at its economic peak. The bullet trains were the envy of the world and the ‘made in Japan’ logo was trusted worldwide. However, since the early 90’s the Japanese economy has been in the grip of stagflation.

After years of romanticising Japan, I finally got to visit this beautiful country and the trip was all that I imagined and much more. I am struck by how densely populated the country is. English is hardly spoken; although, almost everyone spends six years in school learning it. The trains are always busy and full of smartly dressed men and women adorned in exquisite designer wear. They always seemed to be in a hurry! The Japanese society demands a lot from its workers. I soon realised that the stories of workers spending all their lives at their offices were indeed true. The Japanese even have words for this, majime (diligence), inemuri (sleeping at work) and the alarming karoshi (overwork death)!

Japan is a strange mix of east and west; tradition and modernity. You could be eating rice for breakfast and watching baseball in the evening. Navigating the myriad buttons next to your toilet can be daunting. Skyscrapers sit neatly next to Shinto shrines and Buddhist temples. Most Japanese follow both Shintoism and Buddhism.

Remnants of the country’s feudal past cling on - you can still see shoe shiners and rickshaw pullers. Certain groups, especially those dealing with the dead (undertakers and slaughterhouse workers), are apparently discriminated against based on their profession (Burakumin).

A lot of importance is placed on social graces. Our bus driver would announce his arrival at the hotel lobby and bow profusely with the serious prospect of disc prolapse! Every cash transaction we made was met with thanks and careful calculation and explanation of the change due. Loyalty is highly valued. People are extremely polite and well-educated. The streets are clean and crime is low. Art and science are appreciated. We were lucky enough to see the cherry blossom (Sakura), which is embedded in the nation’s psyche!

The country’s landscape is highly engineered to meet the demands of its 125 million inhabitants. Rice is cultivated even in the cold Hokkaido island. There are eateries and vending machines everywhere. Sake (rice wine) is considered as divine liquor and used in almost all forms of cooking. Tokyo has more Michelin star restaurants than any other city. In spite of this, obesity does not seem to be an issue.

Many of the public transport buses are hybrid. Trains run like clockwork, precise to the minute. A new Maglev train line is proposed to connect Tokyo and Osaka by reducing the commute to one hour in total with an amazing speed of 500 kilometers per hour.

The densely populated and uber-connected Tokyo with its neon lights and masked mobile holding commuters can look dystopian. It offers a glimpse into where the manga and anime characters come from.

In spite of all this, I am in awe of this country. For one, I love and respect its Asian heritage. As I leave, I can’t help feeling like Phileas Fogg from ‘Around the World in Eighty Days’.