Should art and religion be mixed?

We get experts to give their take on a current issue each week and lend their perspective on a much-discussed topic. 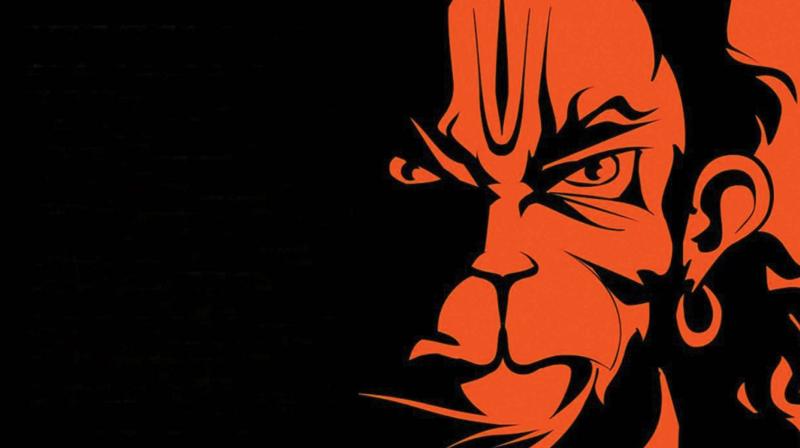 Earlier this week Prime Minister Narendra Modi had hailed artist Karan Acharya for his work of the angry Hanuman and criticised the Opposition for looking at it from a communal angle.

Earlier this week Prime Minister Narendra Modi had hailed artist Karan Acharya for his work of the angry Hanuman and criticised the Opposition for looking at it from a communal angle. But then late artist M.F. Husain was once driven away from the country for his depiction of Hindu goddesses. There has always been this question of mixing art and religion: if art should be left alone, free of these interventions, or if art should be sensitive towards matters of faith. We talk to artists, art critics.

‘Mutual respect is important’
A.P. Shreethar, artist
Art is an expression of a thought, something that you create when it bursts out of you compelling you to fulfill its form, idea or beauty. Though the religious sentiments of the people are to be revered and respected, we cannot forget the fact that it was artists who had given visual interpretations to religious depictions of various gods. Like Article 19 (1)(a) guarantees the freedom to express, artistic liberation too must not be curbed or fenced or barred in fear. Art can be a great factor in accomplishing mind blowing feats and should be encouraged in that direction. It requires the artists to be considerate of the emotional sentiments of the people and vice versa too.

‘Why communalise art and religion’
Georgina Louella Maddox, Art Critic-Curator
Right wing fundamentalism has always preferred art that is propagandist and serving their own purpose. Whether it is the angry Hanuman image or the roaring tiger of the Shiv Sena, these secular symbols have been co-opted for their cause. We must critique it, but I am not for censorship of any artistic expression. When certain members of the right-wing community took umbrage to M.F. Husain's expression of Bharat Mata, they were stifling artistic expression. If we go to any of the great Hindu temples in India we will find that goddesses are often not clothed, and Hussain was merely paying homage to our great Indian tradition that celebrates form in all its glory. He was targeted to politicise the matter because he was Muslim. Art and religion have a very harmonious relationship until it is communalised.

‘Artist should think beyond religion and politics’
Kanayi Kunhiraman, sculptor
An artist shouldn’t hurt religious and political sentiments because it is a matter of faith and ideology. Just like we respect other persons, we should value their thoughts and beliefs. This practice was in vogue during the past. When we do something against it, it will definitely hurt them. Suppose, if someone says bad about your parents, you will feel bad, right? The same applies in the case of religion. More than that, an artist should be able to think above religion, politics and all. They must be able to treat everyone equal and think freely. Art should spread positivity, not the opposite.

Art and religion should not be politicised
Somu Desai, artist
If you want to understand any culture you need to first understand the religion, the core of it. Hinduism teaches us to respect all and I say this is the most liberal of all religions. By disrespecting the painting we are going against the core of our religion. Art and religion are not different issues. They are intertwined and originate from the same core. But the problem is that without understanding the religion and the art, there is a political agenda being made out of it. M.F. Husain painted a nude picture of goddess Durga, but no one will look into the fact that we have temples of the goddess in the country where the idol is already nude and her menstrual cycle is prayed to. So what is wrong if an artist has made art out of his interpretation? The Hanuman picture was the interpretation of the artist telling us in a way that god is not happy with the way we are behaving and treating people.