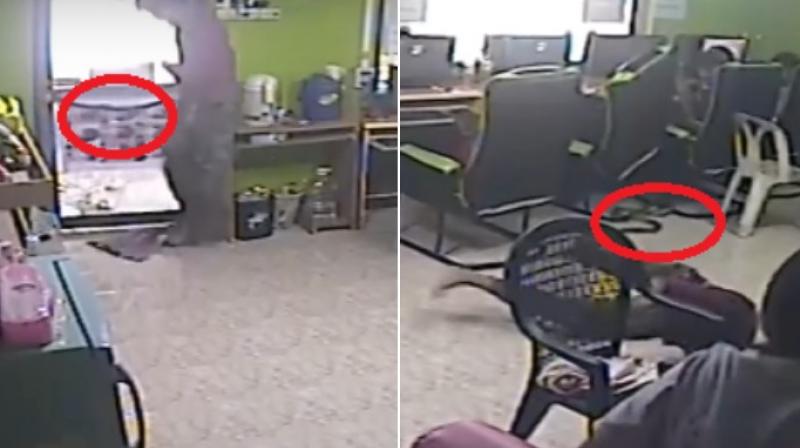 The other people at the cafe immediately climb on chairs to after the snake slithered into the cafe. (Photo: Youtube)

Snakes are a nightmare for many people and being caught off guard while dealing with one is not a situation many would want to be in. A video of a Thai man recently encountering a snake in the most unique fashion is going viral all because of his reaction when the snake latched onto him.

According to a media report, a Thai man was busy having a good time at an internet café when he decided to go out but wasn’t paying attention when a snake on the other side of the door got hold of him. The CCTV footage shows the man in shock when he realised what had happened and screamed and jumped about and finally fell before the snake took off but yet within the café.

The friends who were in the café immediately stood on chairs to protect themselves from the snake but it didn’t come out again before the footage ended. While his reaction is hilarious, it can be quite relatable, especially after finding a snake trying to bite our bottom.