Making art out of eyesores

With upside down Mickey stencils adoring the walls, Jeff wants to give a poignant message. 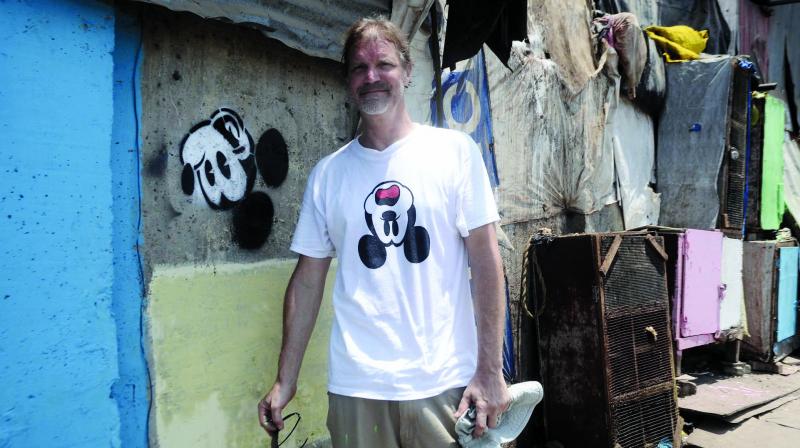 For years, people turned up their nose at 16-year-old Mehtaab’s house because of the filth surrounding it. Not to mention the sickening stench that its open drains emitted. Today, things are different. Mehtaab’s house now bears a festive look with colours such as pink, blue and yellow splashed across its tin walls.  All thanks to U.S-based artist Jeffrey Gillette and our very own Tarp Project guy, Samir Parker. The two want to give a makeover to the shanties surrounding the swanky high-rises of Bandra — to houses of people like Mehtaab along with fifteen hundred other residents. 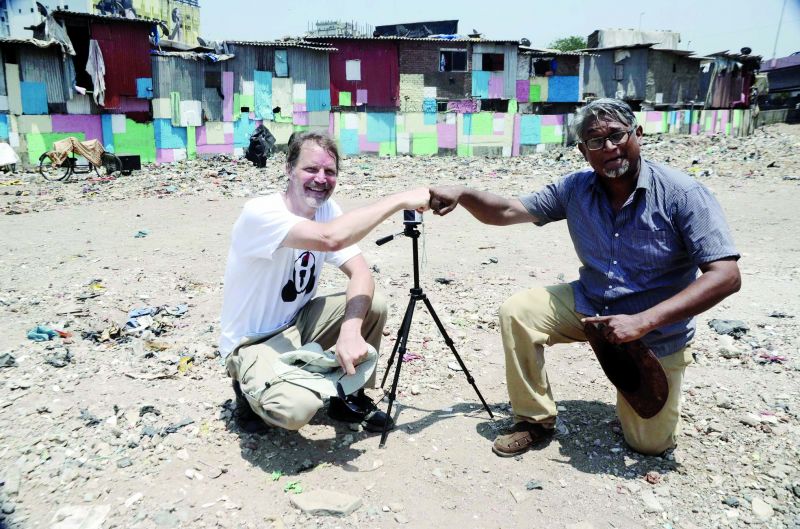 Jeffrey Gillette — who inspired the hugely popular British anonymous artist Banksy’s Dismaland — and Samir want to change the way people perceive slums. “The notion that the city’s development is all about steel and glass facades that cost millions of rupees, outrages us. We are not social workers, but as artists we want notions of beauty to evolve. Here, there are thousands of domestic workers, drivers, small time entrepreneurs who call the slums home. For their homes to be seen as a blight on the city is unfortunate. This is a beautiful part of the city too, as much as it is gaudy and full of sh**,” Samir says. 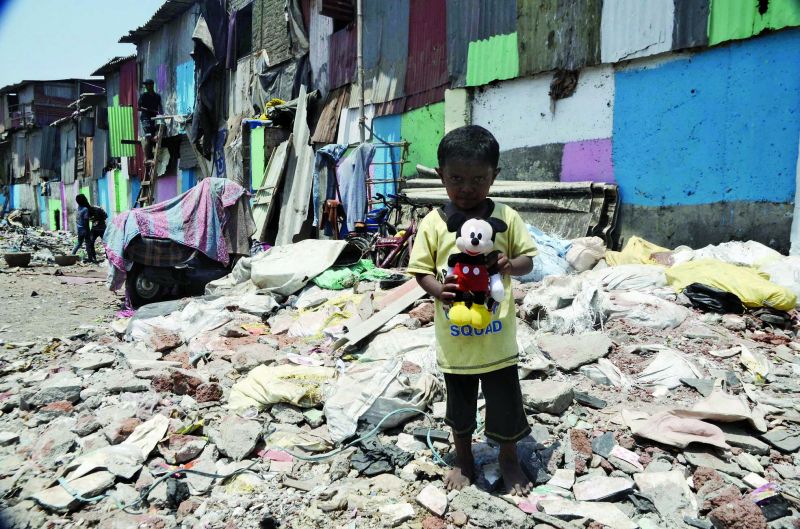 For Jeffrey, who is known to paint slums across the globe with his signature Mickey Mouse artwork (Dismayland), Indian slums have been his favourite canvas. “Being from California, I see more happy faces here in these slums. When I come to India, especially to the poor areas, I see more happy people. I see a home, unlike the times when I’m on the freeway and everyone is angry and hate each other. Here, I feel everyone has a sense of community. In California it’s so isolating and so distant. There we don’t even know our neighbours, unlike here where everyone gets along. I’m sure they have some extremely uncomfortable lives but they have their families and their community and that is so important,” he shares. “I feel that specially in the United States and in the Western world, people are too hung up on ‘things’ rather than experiences and people. I don’t see these slums as unhappy places, I see them as uncomfortable and dirty, but also very robust,” he adds. 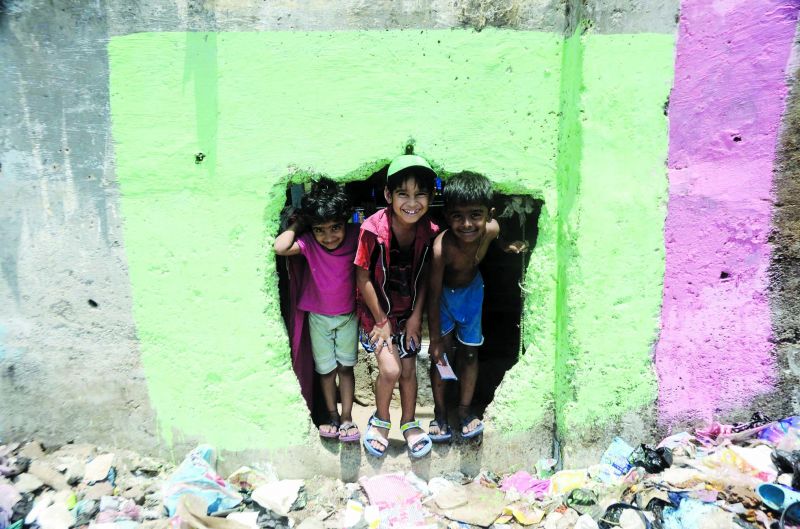 Since the time the artist first came to the location as a part of a slum tour, things have changed, he feels. “The urban situation is our canvas. The first time I came here, the slums were in the front, and there were no walls. The irony is that there is a million dollar tower right there and then a stone’s throw away, there is a temporary settlement. From what I hear, within two years all this will be gone,” says Jeff.

With upside down Mickey stencils adoring the walls, Jeff wants to give a poignant message. “As a kid I was always fascinated about Disneyland but never got an opportunity to visit the place. I thought it was the happiest place on Earth (as it is advertised) and I was sad that I never got to go there. But when I was a bit older (in my thirties) I went there with my wife and I was like ‘this sucks’, I was worrying as a child that I’m missing out on this fun and here I’m feeling that the magic has disappeared! Mickey for me, denoted distress. The idea of poverty is a betrayal from the promised land of eternal cheer – Disneyland,” he says. 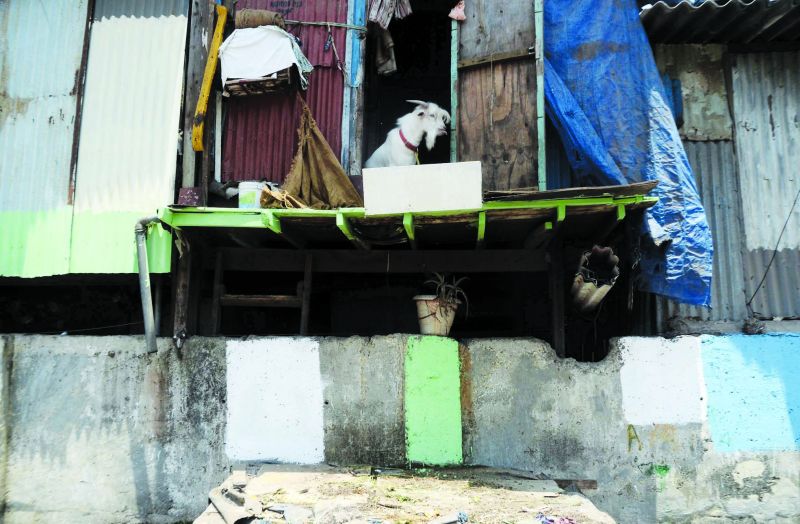 The duo now plans to collaborate on a monsoon project soon, and this time Jeff will be in the city for a month. “The monsoon plan is to create places that respond to the wetness and the floods in the city, something on the lines of an amusement park. We want to use the pandal metaphor,  fantasy castles and materials that resonate with our spaces. We want to create installations that respond to the monsoons, at the simplest level — just imagine 100 hydrogen balloons floating amidst mounds of sh**,” Samir shares.

The access here is what makes Jeff come back to India repeatedly. “The people here are more inviting than what you will find in any part of the world. The other places are a little scary and you just feel out of place but here, they are welcoming. I don’t like the idea of being a tourist. So when I’m here, I don’t do something for the people, but instead, something with them,” he signs off.