A leap in Chemistry

Arabinda Chaudhuri, who was selected as a Fellow of Royal Society of Chemistry, UK, talks about the power of science. 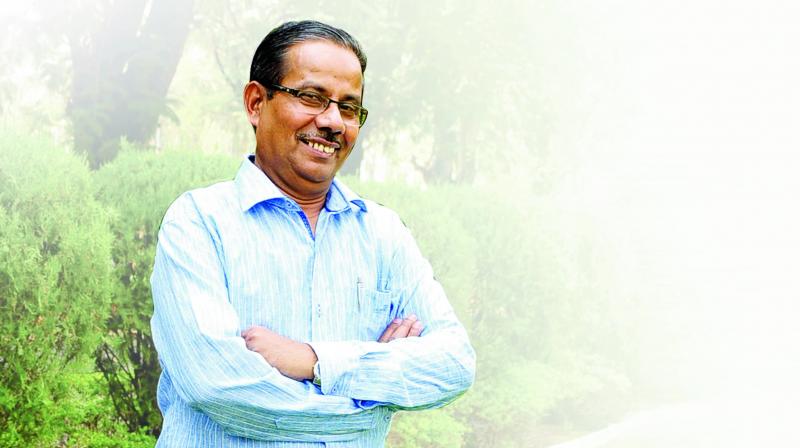 Hyderabad-based scientist, Dr Arabinda Chaudhuri, has been elected as a Fellow of Royal Society of Chemistry (FRSC) in the United Kingdom, and will work with other eminent scientists in advancing chemical sciences. Dr Arabinda, who is the Chief Scientist, Department of Chemical Biology, CSIR-Indian Institute of Chemical Technology, Hyderabad, has published his work on biomaterials, molecular therapy and gene therapy in several international journals. He is the recipient of Ranbaxy Research Award and is an Elected Fellow of the Indian Academy of Sciences in Bengaluru. “It’s a great feeling when your work gets recognised,” says Dr Arabinda, and adds, “The Royal Society of Chemistry looks at your work over the years and invites you to be part of its research. It’s an honour as not many from India work with them.”

Arabinda’s work is on Targeted Cancer Therapy. “The drugs used to fight cancer don’t just affect cancerous cells, but also other cells. My research findings will have no side effects and will kill only cancerous cells. When a person has cancer, their blood vessels grow and the tumour cells get food and oxygen because of it. I’m working on stopping the growth of blood vessels and on Cancer immunotherapy,” he adds.

At the Royal Society of Chemistry, Dr Arabinda’s role is to review the journals published by others. He will also inspire students to take up science, by conducting lectures. “I’ve seen brilliant science students end up taking math and arts. Youngsters must know that science may be tough, but it’s also fun. Scientific knowledge can do wonders for humanity,” he says. Dr Arabinda plans on opening his own research centre and wants to see his work being implemented.