A Russian ‘expert’ claims that he has done DNA tests to prove that the mummified remains are not human. 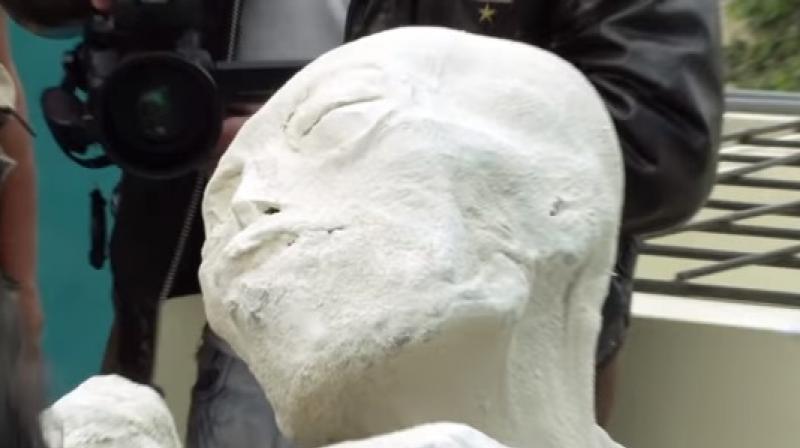 One of the mummies, known as Maria, was found by a team led by controversial Mexican journalist Jamie Maussan in early 2017. (Youtube Screengrab/ Gaia)

While the mummies of Peru have been largely dismissed as being hoaxed by the scientific community, conspiracy theorists are still fascinated by the 'three fingered mummies' with elongated heads that were found in Peru last year.

Now, in a shocking revelation, one Russian ‘expert’ claims that he has done DNA tests to prove that the mummified remains are not human.

According to a report published in The Daily Mail, Dr Konstantin Korotkov, a professor of Computer Science and Biophysics at Saint-Petersburg Federal University, said the mummies are 'aliens'.

No stranger to controversy, Dr Korotkov was widely criticised in 2008 when he claimed to have created a camera that could photograph the human soul.

One of the mummies, known as Maria, was found by a team led by controversial Mexican journalist Jamie Maussan in early 2017.

The conspiracy stemmed from the fact that the body had a deformed head and elongated fingers.

Dr Korotkov of Saint-Petersburg University said at the time the features were not a deformity and that the find was 'another creature, another humanoid.'

Now Dr Korotkov his team claim to have undertaken genetic tests on tissue samples taken from the mummy, as well as a second individual found nearby named Vavita, Sputnik News reports.

According to reports, the bodies date back to about the 5th century AD and could be extraterrestrials or cyborgs.

However, British alien expert Nigel Watson, author of the UFO Investigations Manual, has dismissed the conlusions as hoax.

According to the research team, Vavita was nine months old when she died and Maria was an adult woman, leading them to believe they were mother and child.

Dr Korotkov said that tomographic scans reveal that the tissue has biological nature and their chemical composition indicates that they are humans.

He further added that their DNA features 23 pairs of chromosomes, just humans but their anatomic structure is different.

The paranormal researcher added that the individuals' rib structure is different to that of humans as the bones are keel-shaped in the upper part and the rib cage consists of semicircular ribs.

The body was found covered in white powder, which new tests show this powder is the antibacterial chemical cadmium chloride.