No baggage for mother nature

A city-based NGO has taken up the cause of exchanging scrap generated by housing societies with environment-friendly bags. 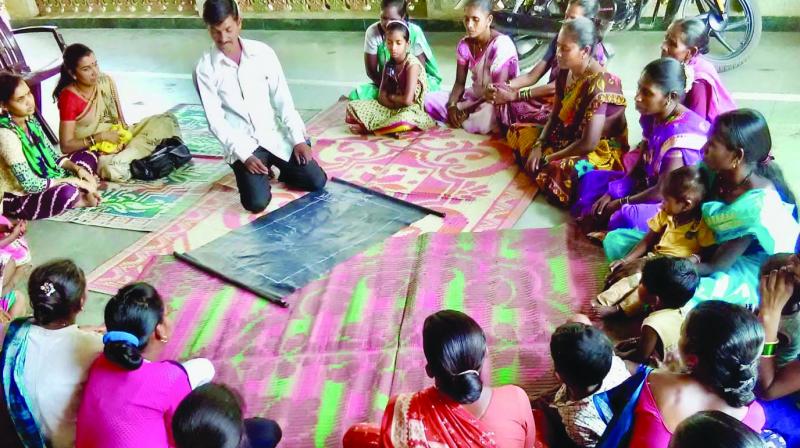 Ganesh Chaturthi is a festival that’s celebrated with much pomp and gaiety, especially in Mumbai. However, environmentalists and nature lovers have expressed dismay at the undissolved debris and water brimming with waste that the visarjan at the end of the festival brings about.

This was exactly what prompted Pradeep Tripathi to start Go Green Ganeshas in 2008. He took to manufacturing biodegradable idols in the early days of the wave of eco-friendly Ganeshas, with the sole aim of creating a cleaner environment.

“I started with biodegradable Ganesha so that the beaches wouldn’t be cluttered with Plaster of Paris after immersions,” explains Pradeep. But the city-based entrepreneur wasn’t just going to stop at that.

Noticing that many back then didn’t indulge in healthy environmental activities, he went on to form the non-governmental organisation (NGO) Green Yatra just two years later in 2010. The objective, this time around, was to adopt a day-to-day practice of saving the environment.

“We help people understand the steps they can take daily to help the environment from damage,” adds Pradeep. “By saving electricity, water, paper and going green in their everyday lives, these small steps can have a great impact on our lives.” 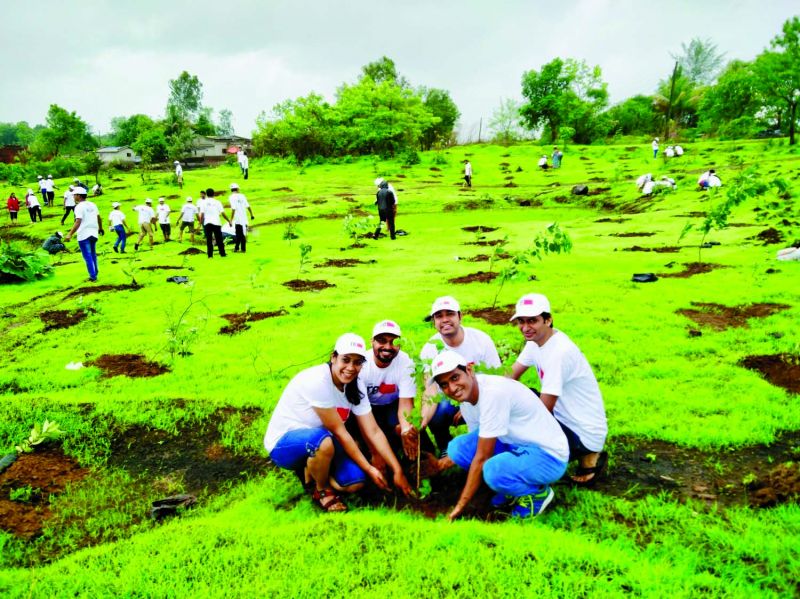 The NGO runs various campaigns, all based on environmental causes. One of them, Zarurat, is based on reducing, reusing and recycling. The NGO collects old household items like clothes, furniture and books.  While some material from this is distributed to people in rural areas, the discarded cloth is used to make recycled bags.

And it’s this campaign that gave birth to their latest one, Bag for a Cause. The initiative is working towards ridding society of deadly plastic, non-woven bags, and e-waste, all while empowering underprivileged and tribal women.

“The recycled bags from discarded cloth is made in training centres that employ rural women, who earn some money per bag,” says Pradeep. “These bags are then used in exchange for scrap collected from societies, encouraging them not to use plastic variants. Not only do the societies get a bag for free, they also end up supporting the environmental cause and women empowerment.”

These reusable and economical bags are also durable and washable. Made from cotton, canvas, jute and other natural material, the NGO has ensured they are available in different sizes and designs. Moreover, to make sure the utility doesn’t suffer, the bags can carry three to 20 kg, depending on their size.

Interestingly, Green Yatra tried this model on a pilot basis in 2012. “We have been running the training centre in Bhiwandi and Ambadi area since 2012,” Pradeep says. “This exchange of scrap for bags was happening on a smaller scale. But now was the time we decided to take it on a much larger scale.”

As a result of this expansion, the NGO has received more than 5,000 calls from housing societies across India, who wish to exchange scraps for bags—a win-win situation for all. Pradeep is proud of the fact that the cause is not just helping the environment, but also the women involved earn money out of it. “A woman can make anywhere between 15 and 100 bags a day at our centre,” he asserts. “They can earn a good amount of money out of it, in addition to being able to take care of their family and household chores as well.”

Along with empowering women, Pradeep believes that the key to environment conservation lies with the youth. The NGO currently boasts of 15 members and over 100 volunteers, most of them young adults, who work on everything from educating individuals on sustainable living to making Mumbai green. “The youth will always be our focus,” he says, confidently. “A lot of times, people aren’t interested in listening about cleaner environment. However, when they’re told about it by their own children, they’re all ears—it makes a difference.”

To that end, Green Yatra has spread its wings across Pune and Ahmedabad too, collaborating with more than 200 societies and over 200 schools and colleges across India in the process.

In another effort to tap the youth, the NGO started a popular Ped Lagao campaign, which  helped it plant 1.3 lakh trees in Ambadi and Karjat. “It’s an online tree plantation drive,” says Pradeep. “The idea is to encourage changing the whole system of gifting. Instead of bouquets, we aim to replace it with tree plantations.” The entrepreneur hopes to plant 10 crore trees by 2025, while simultaneously promoting Bag for a Cause.

“According to statistics, Mumbai has merely one tree per four people in the city. It’s worrisome. But we want to change this scenario, and make Mumbai a green city,” he optimistically concludes.