Freedom of choice or icon of oppression?

A debate has once again sparked off over a woman’s sartorial choices and its implications. 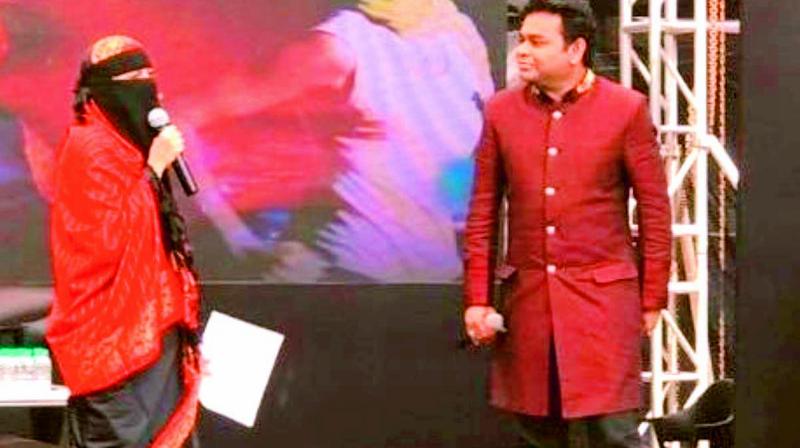 Khatija Rahman and A. R. Rahman.

What should have been a moment of celebration gave way to an unpleasant sideshow for Oscar-winning composer A. R. Rahman and his daughter Khateeja Rahman recently. The father and daughter duo ended up receiving way more than what they bargained for at the 10 year celebration of the maestro’s Slumdog Millionaire album, after social media erupted in anger and indignation over Khateeja wearing a niqab during an interaction on stage with her father.

While Rahman clarified that the niqab was not imposed on the women of his family and it was Khateeja’s choice to wear one, many on the Internet disagreed, claiming that the niqab is still an icon of oppression.

Padma Shri awardee and social worker Laila Tyabji commented on the issue with a Facebook post that read, “I support A. R. Rahman’s daughter’s right to wear an all-enveloping veil on her wedding but I mourn it. Confidence and self worth is a better covering for a woman than any burkha. While she MUST be allowed the freedom of choice in her costume, we should question the social conditioning that influenced her to choose it (sic).” Similarly, Roshna Arfa Ali, a Masters student from the University of Hyderabad, says, “I think how A. R. Rahman responded was absolutely proper. It’s her choice that matters. It’s nobody else’s business what a woman chooses to wear. The same theory should apply when a woman decides not to wear one as well. But why are we always talking about Muslim women and their ‘choicelessness’? Why are we always required to give up the niqab to prove that we are progressive and reasonable? Why is a ghoongat or dupatta not considered oppressive but sanskaari?” 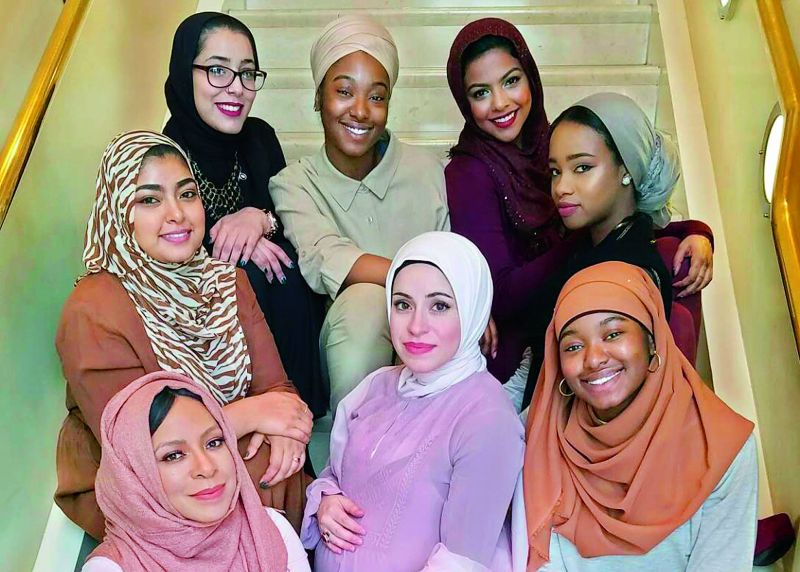 A couple of years back, a similar debate had been sparked off when France had banned the burkini — a combination of a bikini and a burkha. The reasons from the French administration ranged from prohibiting “beachwear ostentatiously showing a religious affiliation while France and places of religious significance are the target of terror attacks” to unspecified “hygiene reasons”.

Can freedom of speech and the freedom to protest with an icon of religious and cultural oppression co-exist to make a statement? Mona Haydar, a Syrian-American female rapper, also created quite the stir when she had released her single, Hijabi — Wrap my Hijab. As she rapped wearing a hijab, her lyrics read, “Make a feminist planet//Women haters get banished//Covered up or not don’t ever take us for granted//All around the world//Love women every shading//be so liberated//All around the world//Love women every shading//power run deep//So even if you hate it//I still wrap my hijab//Wrap my hijab (sic).”

A PhD scholar of Women Studies, Noorunnida. M says, “Like any other woman, Muslim women too have the right to wear anything according to their choice and identity. It has nothing to do with oppression. But our society has a certain ‘ideal’ form of dressing — a pre-determined dress code.”

She continues, “When we wear a saree in that ‘dress code’, certain body parts should be visible, like face, hair etc. If someone wears a saree in some other manner or according to her choice or identity, it becomes ‘abnormal’ for others. This ‘pre-determined ideal’ dress code adds even more pressure on Muslim women to explain their choices.”