Who left the dog out? 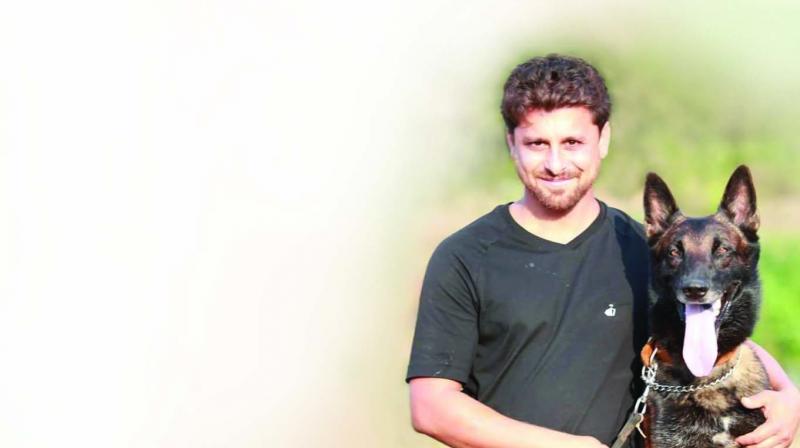 Just as it is hard for humans to stay away from their pets when they leave town, it is harder for pets to live without their masters. They may become destructive or howl incessantly. Such dogs go through what is called Separation Anxiety Disorder.

Sumathi Neelamegham, owner of Petcetra Homestays and telepathic pet communicator, explains: “Separation Anxiety Disorder is a state of mind that arises out of insecurity. It is most seen in those dogs that are not used to socialising with other dogs or people, and those living in households where people are always around. Adopted dogs, especially that were abandoned and then rescued, are more prone to it because they already come with emotional baggage. Small breeds are also more susceptible.”

She says that it is important for them to get used to staying alone in their early years. “I advise people to leave them by themselves for a short duration, and then extend the time. Some dogs get anxious because of the silence, so music or the TV can be switched on. Dogs have a pack mentality and when they come into the family, we are their pack. So when we leave, they think, ‘why are they leaving me behind?’”

Kadambari Venkatraman, vet, Olive’s Pet Clinic, Domalguda, says, “Many owners complain that their dogs bark all day when they leave, but few understand that they are suffering from a disorder. However, the disorder can be treated and the treatment depends on each dog. It’s best to take the dog to animal behaviour consultants because each dog has a different trigger to anxiety. For instance, a dog may get anxious when the owner is putting on his shoes. There are many medications available, but a vet must be consulted to properly diagnose the disorder. It is better to always have at least one person in the house who is attached to the dog.”

The solution for such dogs is to be taken to a trainer, say the experts. Once it leaves home, it automatically learns to be independent, and the trainers have their methods of therapy that will restore confidence. Says an expert: “People think that dogs don’t understand when something is said to them, but they’re wrong. Always tell your dog before leaving home, how long you will be away for. You have to stay calm if you expect your dog to be, so before leaving, calmly tell them everything is going to be alright and you will pass on the same energy. If you are tensed, your pet will feel it.”

Shweta’s one-year-old bull mastiff suffers from this disorder. “When I’m away, he removes the sheets off the beds, and barks a lot. He also passes urine and defecates indoors.” She knows she can get help but has instead chosen to accept this trait.

Chandrashekar, dog behaviourist and canine trainer, says owners must be practical and also think about the dogs’ well being, without pampering them too much. He suggests: “They can leave for about 15 minutes, come back and give them a treat or play with them with a toy or a ball. What goes on in the mind of the dog is that they are only going to come back to play with me, so they will look forward to that. Another way is to play with them before leaving and tire them out.”