Notes from a paradise

City artist Garima Gupta engages in a conversation about ecological damage in Papua New Guinea, through sketches and animation. 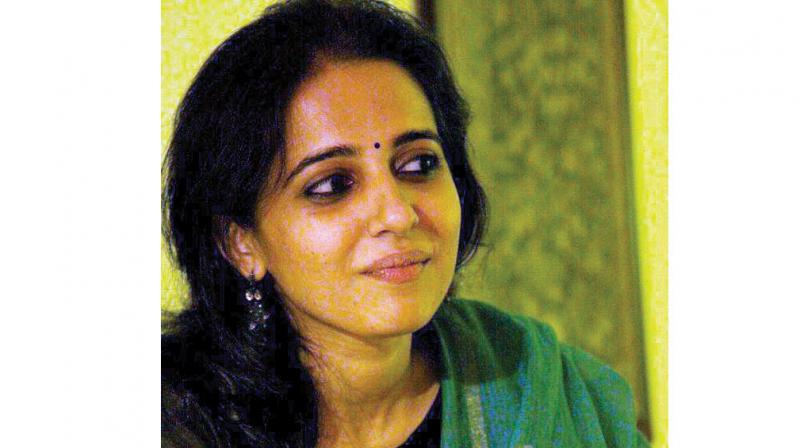 The Birds of Paradise of Papua Guinea, a highly sought-after bird species, have amused the humans worldwide with their mating dances. After reading Alfred Russel Wallace’s The Malay Archipelago, illustrator and self-taught birder Garima Gupta was compelled to visit West Papua in 2014. The Mumbai-based artist says, “Wallace, who is credited for the theory of sexual selection through female choice, along with Charles Darwin, spent a considerable amount of time studying these birds.” She adds, “Unique to the island of New Guinea, the birds’ dimorphic form (condition where the two sexes of the same species exhibit different characteristics) is dictated by the evolutionary changes. As a result, the males are the more pompous creatures with highly complicated plumes and a wide-ranging vocal repository. I was keen on seeing them in their natural habitat,” says Garima.

In 2015, the rainforests in Indonesia had caught a devastating fire. To gauge the tragedy, Garima returned to Papua New Guinea in 2016, and over a period of five months, did extensive research. “I returned from Papua New Guinea and West Papua with files filled with recordings, of meetings. Two years ago, I met Zeth Wonggor in the rainforests of the Arfak Mountains of West Papua. A former hunter, Zeth has been guiding people like me who wish to see the Birds of Paradise in the remote corners of the rainforest for the past 20 years.”

Garima also stayed in remote rainforest villages with no electricity and living on diet chiefly consisting of boiled vegetables. “I had never lived in such a remote place and that in itself was quite an experience. There was no electricity; only solar panels were chiefly used to communicate with the outside world,” she adds.

Her ongoing exhibition consisting of sketches and animations (Minutes of the Meeting), at Clark House Initiative, places the birds as the centrepiece of a conversation on historical narrative of ecological damage in South-east Asian and Western Pacific. “I borrowed the term (minutes of a meeting) from my grandmother’s lexicon. It was a sizeable part of her job — she travelled home after long hours of multiple meetings. I grew up watching her conduct these jargon-filled meetings. The words were so dense, they resembled a suffocating noise. And strangely enough, everything apart from these words was filled with nuance,” she explains as the reason behind the title of her exhibiton.

“All across Europe,” she explains, “Since the 1550’s, the colourful Birds of Paradise from the Far East mesmerised the European elite and came to symbolise the age of knowledge and scientific inquiry. Trading of these birds as specimens and feathers for fashionable hats was a common sight till early 1900s. As the West grew ecologically conscious, societies like RSPB in England and the Audubon in USA became instrumental in banning hunting of Birds of Paradise for plumes. However, illegal trade still flourishes behind closed doors and specimens continue to travel to European countries till today.”

However, Garima says that her intention was less of an anthropologist or an ornithologist. “I wanted to have a more human-to-human approach, understanding the people’s stories that are often missed by he mainstream media,” she says. Which brought her to the hunters. “We keep talking about the problem of hunting and poaching, but who are these people and why do they do what they do? These are things that I wanted to know,” she explains. She will be continuing her research for two more years and won’t restrict herself to any one medium — sketches or animations — and plans to eventually put up her work on some social media platform. “The idea is to make these stories accessible to everyone who is interested,” she concludes.