Bharadwaj reveals that they had planned it as a 12-photo series and, due to time and budget constraints, narrowed it down to six. 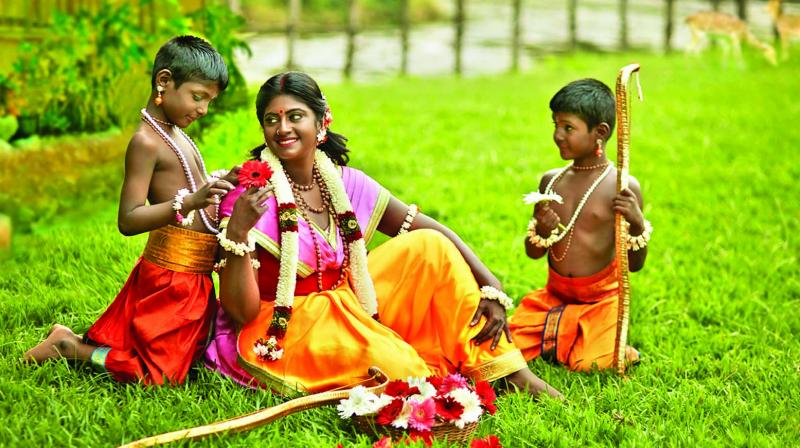 As part of breaking stereotypes, the two preferred normal people over models.

All these years, the popular imagery of Hindu deities has been of fair-skinned model-like figures with chiselled torso sporting a halo — like the images seen on Sivakasi calendars. When Chennai-based ad film makers Naresh Nil and Bharadwaj Sundar decided to do a different photo series for their personal satisfaction, after myriad ideas and brainstorming sessions, they zeroed in on the subject ‘Dark is Divine’. Featuring everyday men, women and children, the photo series showed gods and goddesses as dark-skinned figures. No sooner than they uploaded the photos on Facebook, it broke the Internet; with close to 5,000 shares and over 3,500 likes.

If you call it a revolutionary act, the duo would correct you, “The photos and idols of gods we have been seeing are in no way close to reality. Of course, no one has seen God, but the images need to be true according to the epics. Ours was an attempt to do it right along with pointing to people’s obsession with fairness.”Naresh and Bharadwaj have been friends since college days and their startup firm has been working on ad films, fashion photo shoots and musicals since 2012. At times, in between work pressure time for clients, they do a few works "from their heart". The ‘Dark is Divine’ series is one of those. 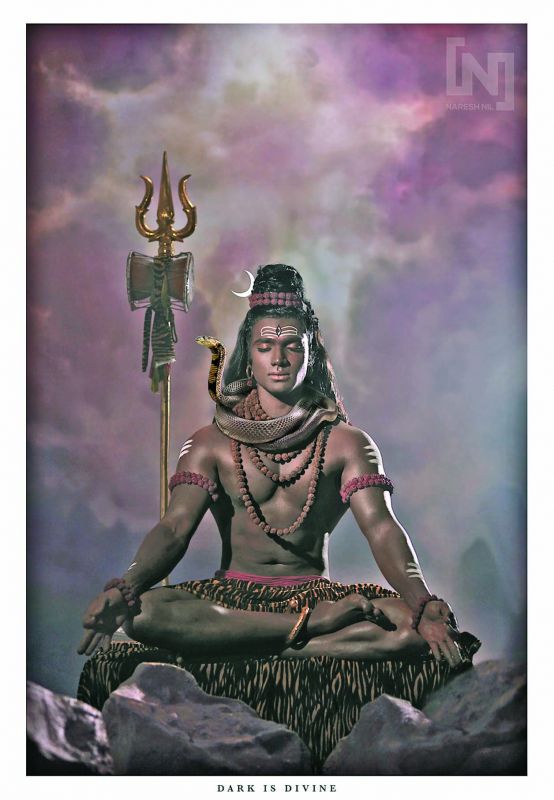 “Earlier, we have done two videos —60 jobs, 60 seconds for May Day and an A cappella version of Jana Gana Mana for Independence Day. This idea came up a couple of months ago and after doing a bit of research, we started working on it,” recalls Naresh, who handled the photography part.

Bharadwaj reveals that they had planned it as a 12-photo series and, due to time and budget constraints, narrowed it down to six. “The seventh one - of Sita and Lava-Kusha — was not planned earlier. Our makeup artist Sridevi Ramesh, who is also a plus-size model, was inspired by the work and expressed interest that she be part of it. And so she became Sita,” he says.

The photos have it all —the grace, aura and divinity; even the postures are maintained in the traditional way. They haven’t attempted to change even the poses. Bharadwaj explains why, “We were already bringing a change and didn’t want to make it more abstract.” 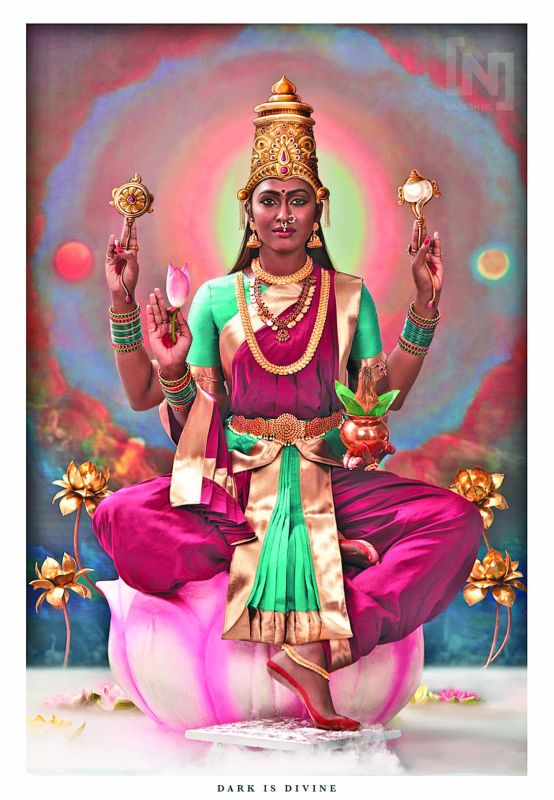 Both of them agree that before looking into movies for blaming popular culture for inculcating a liking for fairness, one should introspect. “Everything starts from home. Every mother wants their son to marry a fair girl, a ‘Lakshmi’. That’s what needs to change,” Naresh says.

Bharadwaj adds, “There’s so much negativity associated with dark skin. Lord Ram and Lord Krishna, who are dark-skinned according to Puranas, are portrayed as fair or blue. Even Ganesha is all white-skinned in paintings, movies and idols. Have we ever seen a white elephant?”

As part of breaking stereotypes, the two preferred normal people over models. Even the children featured belonged to family and acquaintances. While a lot of people have appreciated the work, not all are happy about it. “It’s natural. God is a sentimental subject. When we try to break what people have been seeing for long, they will naturally be upset. But this is our one small step towards making a change,” Bharadwaj says.