After taking his play to global frontiers, playwright Jeff Baron is bringing the production to India. 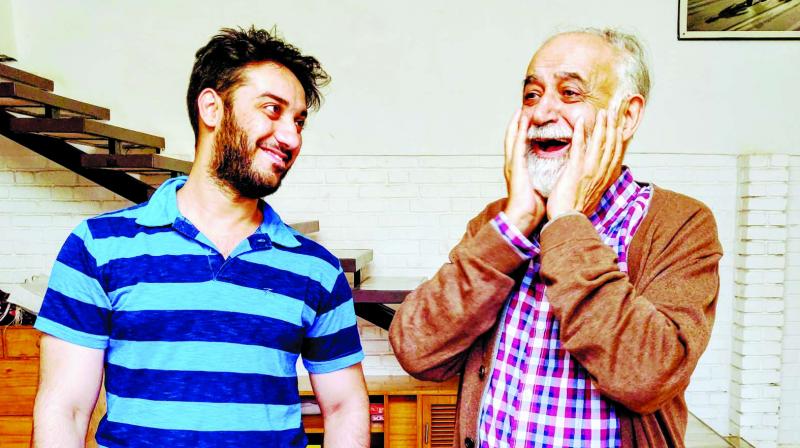 Having studied filmmaking in college, when Jeff Baron decided to quit his corporate career to write films, he was an enthusiastic man all set to conquer Hollywood. He wrote a script for a romantic comedy, which was bought by a well-known producer, although the movie was never made. The fate repeated itself three more times before the scriptwriter gave up on films, and instead bent his creative juices towards the world of the stage. In 1997, Baron wrote his first and most famous play Visiting Mr. Green, which had created a buzz as its first stage production at the Union Square Theatre in New York marked the return of legendary Eli Wallach on the stage. However, 22 years later, Visiting Mr. Green not only survives on its own might but also has had more than 500 productions in 24 languages across the world.

And after a global voyage, Baron has arrived in India with his prodigious play that stars thespian M.K. Raina and actor Aakash Prabhakar in two principal roles. The play tells a story of a truculent 86-year-old Jewish widower Mr. Green, who finds himself in an unlikely company of a 29-year old Ross Gardiner, who has been ordered by a judge to make weekly visits to the former after nearly hitting the old man with his reckless driving. With the two men standing not only on the opposite ends of age but also beliefs, a difficult relationship ensues. In time, however, they bond over their past and a strange surrogate father-son relationship develops.

In a conversation with The Asian Age, Baron reveals that the story is close to his heart as he was inspired by his relationship with his late grandmother. “I was very close to my grandmother. I started visiting her more often after the death of her children and a lot of funny and touching things would happen at that time. The two generations live in a completely different world, and I find it very interesting. Young people look at things very differently from older people, and all these things are in this play,” reveals Baron.

Elaborating further, on the relationship dynamics between Mr. Green and Ross, Baron adds, “Those two have very serious unfinished business with their family, and at times, they find some connection, they lose the connection and then find it again. They are most honest with each other than they have been with anyone else.”

Having taken the play all around the world, India will be the 50th country to have the production. In the time leading to the performance, Baron reveals that he, Raina and Prabhakar spent several weeks going through each line and dialogues on skype. Talking about working with Raina – one of the country’s legendary thespians and Sangeet Natak Akademi award winners – Baron says that it’s been a privilege. “He is a lovely man, also much more experienced director than me, that could have been a problem but he is very open to anything I told him. It really feels like a true collaboration; it’s a hybrid. It does not feel like an American play, it feels like an Indian – American play now,” he says.

Visiting Mr. Green has been popular around the world for its universal writing and an apt description of undulating family relations. And according to Baron, the major takeaway from producing the play in various parts of the world has been to see the similarities in differences. “The great gift of this play has been that after taking it all over the world, the more I talk to the people, the more I realise that we are all the same. Our human qualities are so similar no matter how different our cultures may be and I find that really reassuring,” he concludes.

The play will be performed at NCPA on December 13 and 14.