Saina Nehwal doesn’t give a damn

The badminton star gets trolled for congratulating the Hyderabad police for the Disha-case encounter but she isn’t shaken, sticks to her viewpoint. 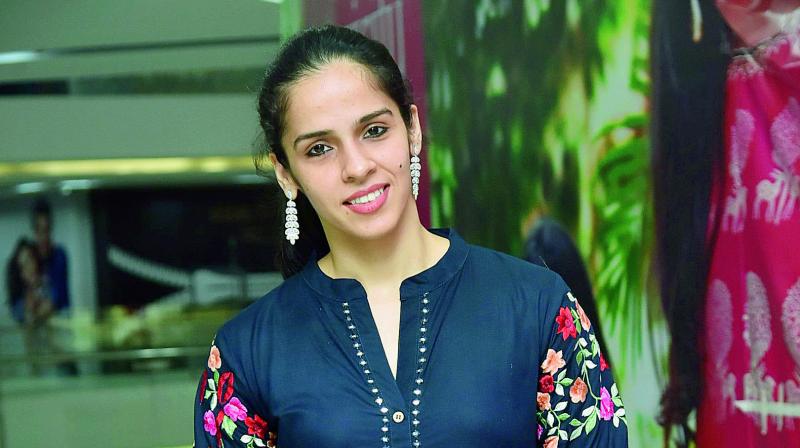 Even as a large population of the nation, including celebs and ministers, cheered the Hyderabad police for the encounter killing of the four accused in the Disha rape and murder case, badminton ace Saina Nehwal seems to have got isolated and trolled for tweeting her congratulatory message to the police.

“Great work #hyderabadpolice ..we salute you,” the Olympian wrote on her page on 6 December. The tweet got over 45,700 ‘Likes’ and 5,000 retweets. Then began a barrage of tweets condemning hers, challenging her to tell the UP police to take the same action against Unnao-burnt accused as well as Asifa accused or saying they’d lost respect for her after her tweet encouraging “banana republic” actions of the police.

Then Anna M Vetticad, journalist, social commentator and film reviewer, lambasted Saina, saying, “Shocked at this mindless tweet from you, @NSaina. No doubt it will get you applause, but the harm done by you who have such reach and are such a +ve role model for women is immeasurable. I request, urge, even beg you to have the humility to study an issue before commenting on it.”

A Twitter blood bath seemed ready to ensue when Saina replied to Anna’s tweet, saying, “Can’t even imagine the horror the victim felt and then when these rapists are shot down however the incident happened,I’m happy. I don’t need applause.Your opinion is not changing the mindsets of rapists or the law. If the victim had a gun she would shoot them too (sic).”

Amidst the brickbats, actor Anupam Kher left a congratulatory message to the badminton player saying he was proud of her response and asking her to ignore the criticisms around her.

But later, Puja Mehra, two-time winner of the Ramnath Goenka Excellence in Journalism Award, took to sharing her views on Saina’s tweet. “In India, the courts are so dysfunctional now that badminton celebs are doubling up as fact-finding, criminal justice verdict-pronouncers. Conclusions reached with the same ease as starring in soaps and moisturiser promotions,” said Puja.

Soon after this, instead of reacting and replying to these, looked like Saina chose to get away from it all, and began posting pictures of her and P. Kashyap at Sai Praneeth’s wedding reception!