A salute to her always got the response of an equally respectful joining of hands. 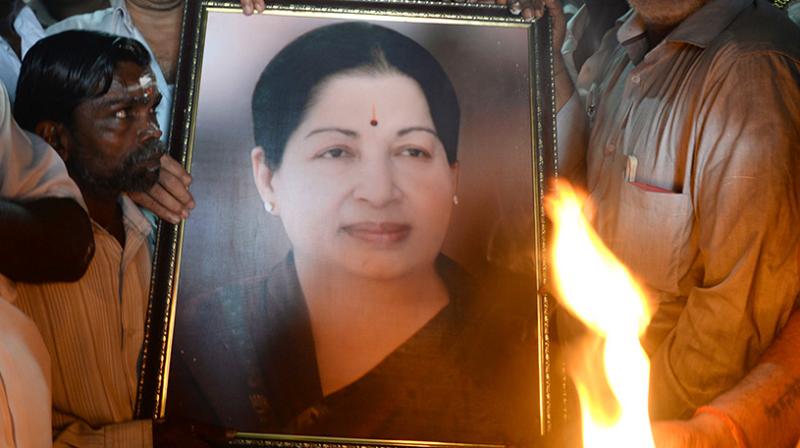 She was so maternal and indulgent during the conferences that one almost wondered why everyone feared her so much (Photo: AFP)

Chennai: Jayalalithaa’s death has marked the end of an iconic age in the political arena of Tamil Nadu and people are remembering her in their own ways, as some are going ahead to build temples for the leader and many others are paying tribute by mentioning why exactly Jayalalithaa has the kind of loyal following that has often been on display.

While several police personnel in Chennai maintained law and order in the streets after Amma’s death, one cop quit his job to build a shrine for the leader who he looked up to as a mother and another cop has now taken to social media in order to praise the taskmaster that Jayalalithaa was.

Describing the lady as feared, loved and respected in equal proportions, the officer named Amit Singh said that Jayalalithaa liked discipline and order which led her to maintain rule of law in the state without interfering in the functioning of the department. He mentioned how party cadre acting wayward would face expulsion if her/his report reached the CM.

Singh also added in his post that although Amma had the image of an iron lady, people remember the woman as being an embodiment of courtesy, and this is what left people enchanted with her aura.