World’s first wheelchair-bound model Alexandra Kutas makes her debut on an Indian ramp and the PYT harbours a dream of making it to Bollywood. 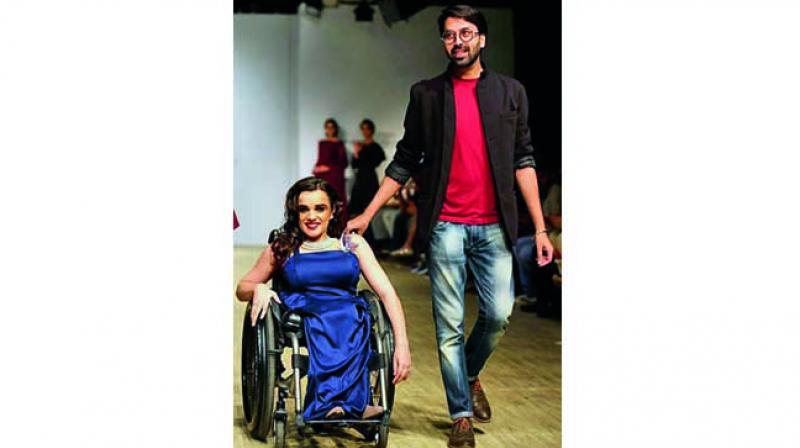 In many of their previous shows over the years, designer duo Nikheil and Rivendra had the likes of Carol Maria Gracias and Nataša Stankovic as their showstoppers, but recently the designers turned heads when they chose the world’s first wheelchair-bound model Alexandra Kutas as their showstopper. Alexandra made her debut at the recently-concluded India Runway Week.

The model, who has been living in the capital for two months now after being signed by the modelling agency Strawberrifox, sounds delighted with her debut. “My team and other models were very friendly. We had a lot of fun,” she says. This time she wore an elegant blue gown but the 23-year-old wishes to wear saris and salwar-kameez in future. She says, “I want to do photoshoot assignments in Indian dresses more than sashaying down the ramp,” and adds, “With my arrival I’ve noticed that brands and designers are thinking that maybe the audience will accept differently-abled models. I’m sure the situation will change as the Indian market is much more open-minded than top brands think.”

Kutas hopes that with her work she can make people see that beauty can come with a difference. “Ever since I began modelling in Ukraine, people’s perception towards diversity has changed. Brands like me after seeing my photos but the moment they see me on a wheelchair, they back out. I’m trying to break those barriers. With my passion and professional ethics, I’m as good as any other model even if I’m wheelchair bound,” says the journalist-turned-model. 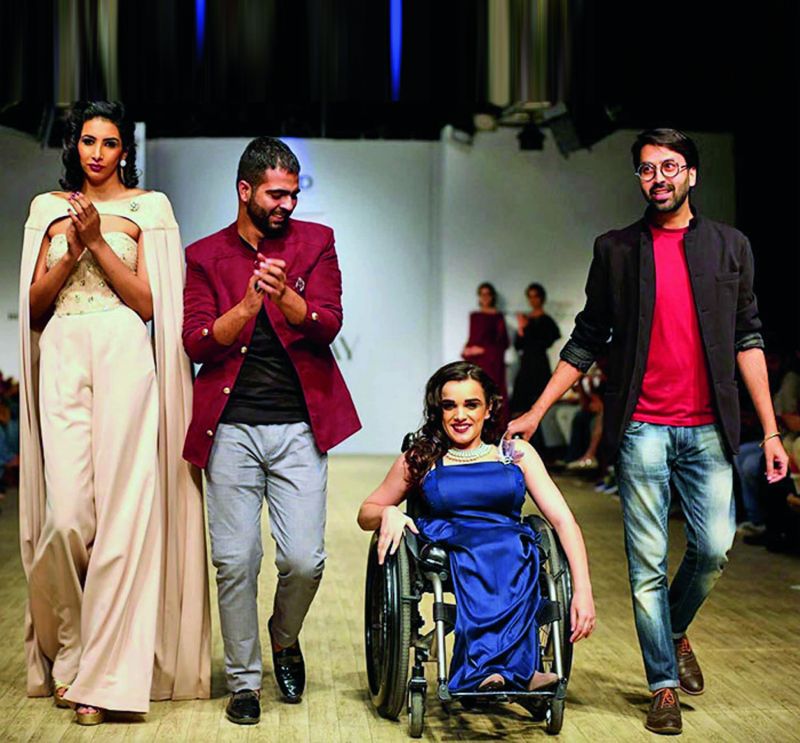 While starting off, she never faced any negative reactions; she just had people around her who believed that a model on  a wheelchair will ever happen. “They didn’t say I was bad, they said the market isn’t ready for me. All I could do was prove them wrong. Today, as I speak to differently-abled people in both Ukraine and India, they are filled with the belief that they can be in any profession they want and the world is full of opportunities for them after seeing me,” she says.

She feels the fashion industry began accepting more diversity in last few years with plus-size and transgender models getting more jobs. “If as a person with disabilities, you want to be a model, obviously you need to workout and take care of your skin. But more importantly, you need to have willpower and confidence,” suggests the Ukrainian who’s been bound to a wheelchair since birth.

Talking about her future in India, she says, “My favourite movie is My Name Is Khan and since I have done a bit of acting previously, it would be great if I can get into Bollywood.”

Her designers too wanted to challenge the stereotypes. “Most of our clients are not like conventional models. They are short, overweight, dark but they all want to dress and look well. From our childhood, we have been fed wrong notions like fair is beautiful, dark is ugly. Introducing Alexandra was our small effort at breaking norms and sending out a message that no one is less,” says Nikheil.

The duo created the outfit according to their showstopper’s body type. He adds, “In the past too we had chosen Nitin Mehta, who is above 45, as our lead model. We experimented with his salt and pepper look and that will be our endeavour in future as well to give chance to people who are different but not less.”