With comedians breaking the language code by performing in their mother-tongue, regional standup is making its way into the limelight. 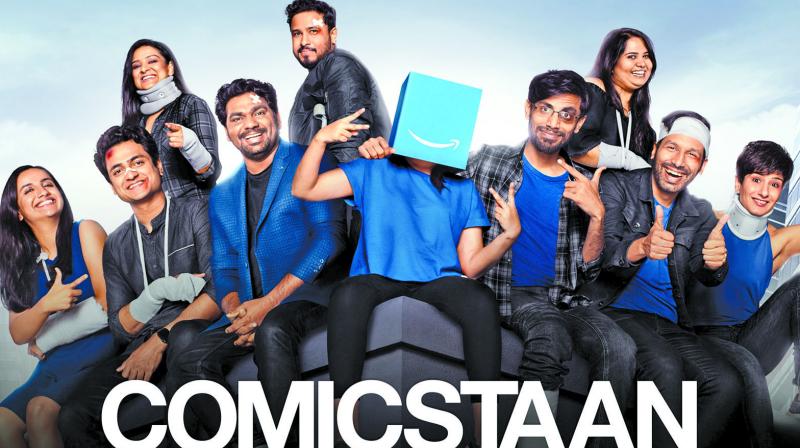 The critically acclaimed stand-up show Comicstaan does not have any participant performing in regional languages.

When stand-up comedian Raghav Thakkar was performing in Hindi at a private corporate event in the city, he received a unique request. Just as he completed his set, his audience, comprising mainly of Gujaratis, were left in splits and asked their Gujarati comedian to dabble some jokes in his mother tongue. Raghav, who had never performed in his mother tongue, was left in a fix. “I didn’t have any Gujarati jokes ready at that time, so I translated all the remaining content on the spot. And it worked pretty well,” narrates Raghav about the first time he discovered the potential of stand-up comedy in a language other than Hindi and English. Two years later, the 25-year-old comedian is busy receiving accolades at Gujarati language open-mics and shows in the city.

The story of the breakthrough of Hindi and English stand-up comedy in India may have been etched almost a decade ago, but the comic style has just unlocked doors to the local and regional languages in the city. “Every language is funny, and every language has its own essence. When you know another language, it’s an added benefit, because more people will relate with you. With English, you can go around the world and tell your joke, but with regional languages, you can go tell a joke to people who don’t know English but they still want to watch comedy,” says Raghav.  In addition to Gujarati, which has found an audience from functions at housing societies to special shows, there are comedians who are exploring Marathi and Malayalam language content in the city.

There’s no contesting that Mumbai might be one of the most cosmopolitan cities in the country, and getting a first-hand taste of this was Kuriakose Saju Vaisian, who has found a sizeable demand for Malayalam language comedy in the city. The comedian, who is a part of the Malayalam stand up show Chiriyo Chiri says, “When we started last year, there were some eight of us on the line-up, and the response was quite heartening.  I don’t think it had happened in the city before, so we kept on calling it an experimental show.” Now, one can find Kuriakose leaving his audience in splits every Sunday at a fixed show in Cuckoo Club. 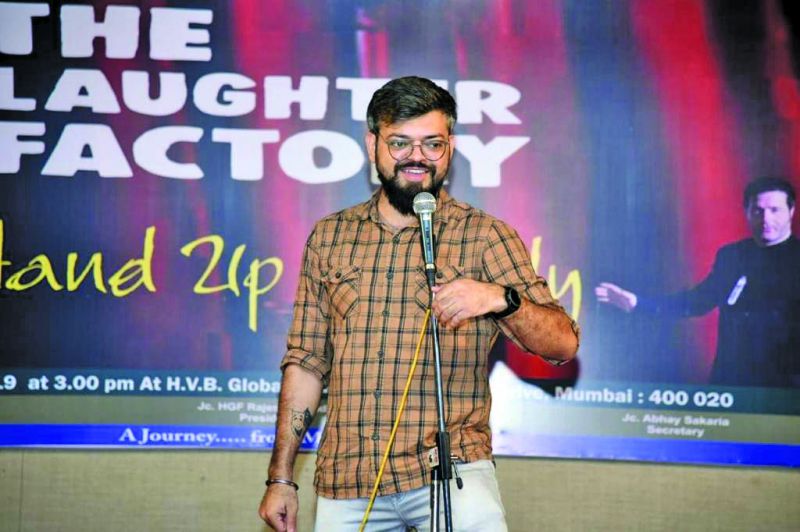 For Mandar Bhide, who has become one of the most well known Marathi language comedians, the inspiration to try comedy in his mother tongue arrived when he was approached by a Marathi content producing collective Bharatiya Digital Party (BhaDiPa). After performing in Hindi and English for two years, Mandar’s venture into his Marathi stand up led him to perform all across Maharashtra, including Ahmednagar, Ratnagiri, Pune, Nasik, and Aurangabad, among other places.

Although regional languages are opening doors for expanding audiences, its nascent state poses challenges of financial sustainability for these comedians.  Mandar reveals that the tickets for the Marathi language shows are often prized low to create a buzz about the stand-up among Marathis, which in turn does not end up in much revenue. “While there is an audience everywhere we go, from the monetary point of view, it’s not really sustainable. The minute we start selling tickets at a higher price, it will be a game-changer,” he says. Moreover, for Malayali comedians, their open-mics function as their shows. “We are at a very nascent stage. It’s going to take us a while before we reach a point where we can earn from doing these shows. For now, we are just honing the material and trying to speak the language better,” says Kuriakose. 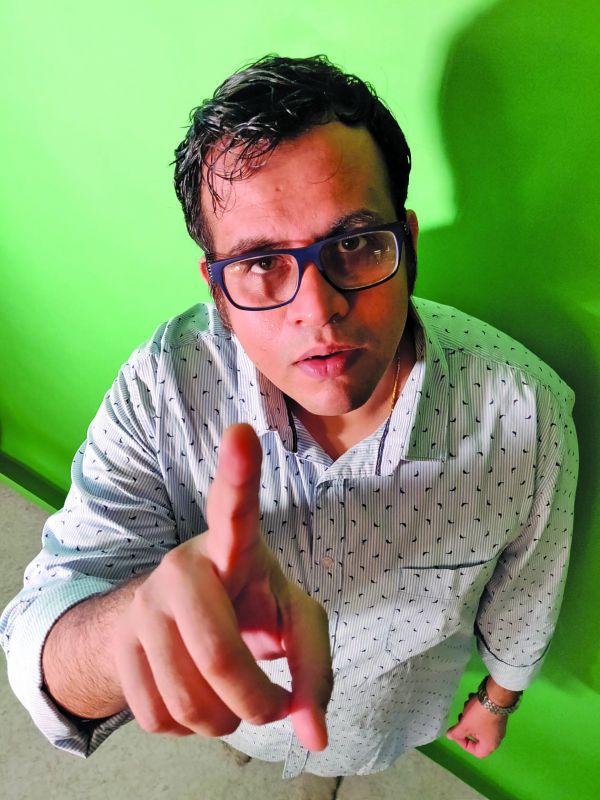 Nuances of the content
Since there is no dearth of topics in Hindi and English languages, comedians have ample room for developing their content and experimenting with it. In fact, since the two languages have a wide reach in India, comedians often translate their pieces in the regional languages. However, when you are narrowing down your audience pool to a specific culture, in addition to the language, comedians end up incorporating nuances from their culture to make it more intimate and relatable. For instance, comedian Vineeth Srinivasan, who performs in Malayalam, prefers developing content specific to the Malayali culture. “There is an actor, singer, director and producer with the same name as mine in the Kerala film industry. 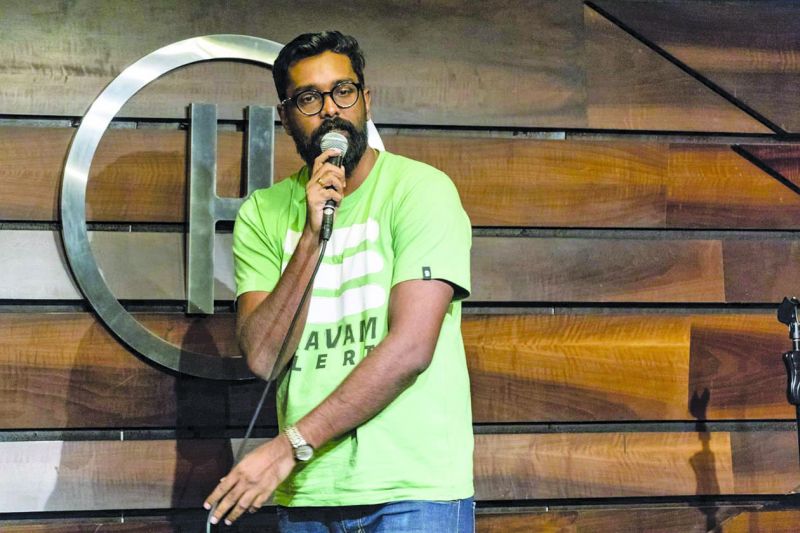 So I have a joke around that which is in the context of Kerala. Other than that, you have several tropes like the Malayali mothers and other issues that are specific to a Malayali household,” he says. Adding to that, Kuriakose reveals, “I talk about the movie industry.  The movie industry is very different, the kind of Malayalam movies they make these days get copied, for example, it’s not just the Bollywood that does follow us, but also the Hollywood.”

In addition to cultural references, Raghav explores the humorous Gujarati catchphrases to highlight the absurd shared experiences of his and his Gujarati audience. Talking about it, he says, “There are things, which are inherent to Gujarati culture. We like to say the phrase ‘Chaukas’ which means ‘certain’ a lot, and that draws laughter from my audience.”

While Mandar uses a lot of observational comedy, he has learned the hard way of avoiding certain subjects that may invite the ire of Marathi language speakers. In one of his videos last year, the comedian had made fun of Home Minister, a beloved Marathi show of 14 years that angered the political party, Shiv Sena. “Even though stand-up is a mirror to the society, you have to be little careful, because Marathi audience is a little sensitive.  But, it’s only a matter of time that more comed