While a photo captures the claustrophobic smoke and dust in the air, the other sees a profile of a man with a disfigured face. 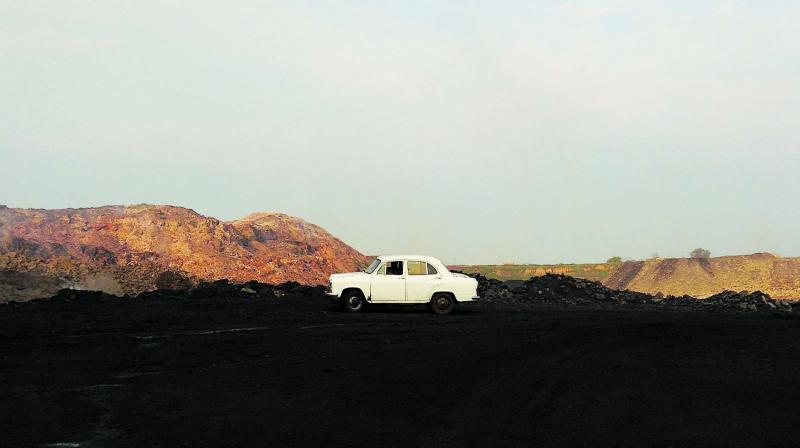 While a photo captures the claustrophobic smoke and dust in the air, the other sees a profile of a man with a disfigured face. (Photo:Ronny Sen)

On a livid colour wall, in 21 photographs of 9 x 6.75 inches, a fire is burning. As static as the photographs are, the sequentially changing shapes of the flames emerging out of the pitch-black ground gives mobility to the immobile. These photographs along with the 40 other photographs exhibited at Tarq, an art gallery in Colaba, narrates the tale of the infamous coal fires that have been burning in Jharia for more than hundred years. And the storyteller is the Kolkata-based photographer and filmmaker Ronny Sen.

Jharia, a small-town in Jharkhand, is home to the largest coal-reserve in India, and have witnessed excessive mining activities since the later part of the 1800s. It was in the 1916 when the first coal-fire broke out due to intensive open cast mining, and ever since, the fires have been raging underground and on the surface. What was once a forest has been reduced to an apocalyptic visual of hell. Heaps of dust mountains, vast barren land laden with brown-grey dust and ash and the smoke rising from the fire coming out of the cracks, crevices and caved ravines form the landscape of the coal-fields. “The smoke, the dust, the fire, the bleak colours, the sky…probably that’s how the world will look like,” says Ronny about the future. 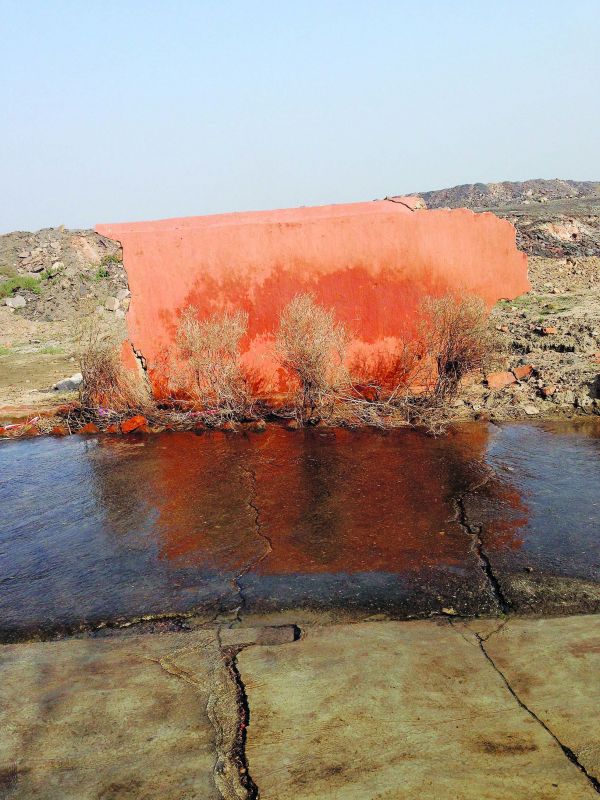 In this new solo-show called Fire Continuum, Ronny brings to the fore the visuals he witnessed while working as a fixer, translator and producer for a French documentary Jharia, une vie en enfer (Jharia, a living hell). In the duration of three months, Ronny managed to click 12,000 photographs, but elaborating on how he decided this to be a subject, he says, “I slowly realised I was overwhelmed with what was happening all around. I had seen Jharia in photographs, but I had never seen it like this in front of my eyes, so I started shooting from my phone. The real work began when I thought something interesting might become of all the photos that I am taking on the side.”

However the photographs that serve as the portal to the morbid land, not only incite a conversation of the issue of coal-fires, but also is a sub-textual scream about the environmental degradation all around the world.  And that too was the intention of the photographer as he says, “It is about human greed. It is about how people with capital don’t care about all the other human life and how the world can’t do anything about it.” He asks, “Are we going to fight for water next, after we are done extracting coal, gold and diamond? And what is the cost of it, and who are the people who suffer?” 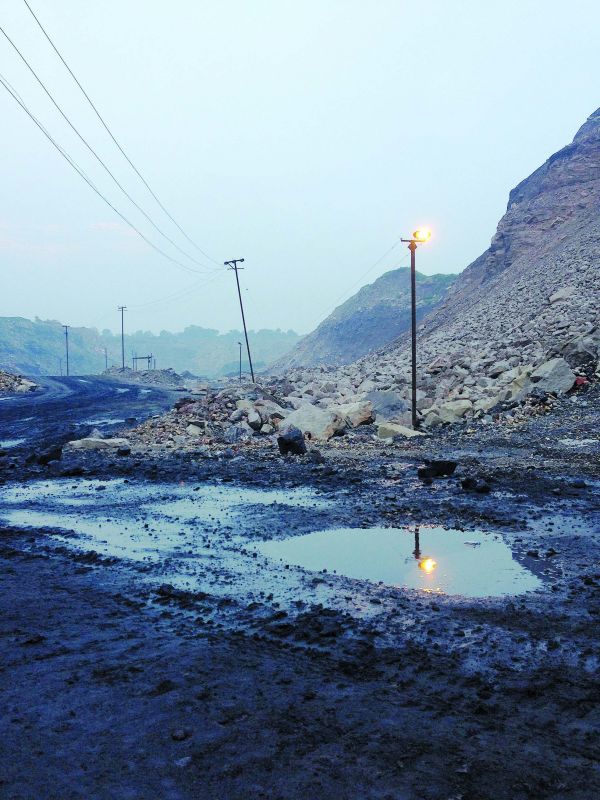 While a photo captures the claustrophobic smoke and dust in the air, the other sees a profile of a man with a disfigured face. These stories of environmental callousness, and the highly risked lives of the native people are heightened by the cold tone used by Ronny. For him, whose previous works were primarily in black and white, editing became more challenging than photographing. He says, “I figured that the entire landscape needs to make sense with colour. For me, it was very cold, and so editing was more important. It is as much as about shooting as editing, which involves sequencing.”

In the series, one photo that jolts you and shows you the genius of Ronny’s ability to add sardonic allusions to images, is a photo of a white Hindustan Ambassador parked on a pitch-black ground, shining bright against the grim-heavy background. According to him, the car “which is symbolic of Indian modernity” belongs to ‘sarkari babu’, and the arrival of it is the indication for the coal-thieves and coal-scavengers to run away.  Moreover, the use of colours black and white points to the starkly naked reality of hierarchies and politics. “All the politicians in this country wear white and travel in white Ambassadors. And the way the colour and the term black have been used, it is incredible. We say black money, not white money. It is interesting to have both white and black in an image, where they mean exactly the opposite,” concludes Ronny.

Fire Continuum is ongoing at Tarq till September 29.