For love of gold: Rare tribesmen slaughtered by gold miners in Brazil

According to officials gold miners in Brazil slaughtered rare natives while they were collecting eggs along the Amazon river. 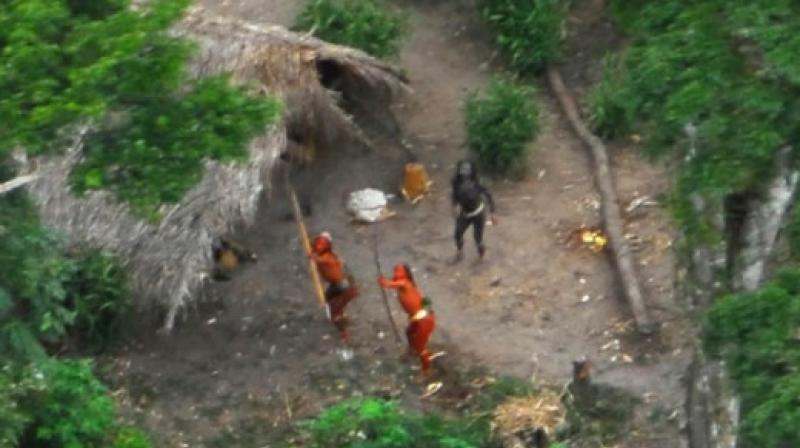 The incident happened in the Jarvai Valley, Brazil’s second largest indegineous reserve, home to an estimated 20 out of 103 uncontacted tribes. (Photo: AP)

It seems that man’s love for gold will take them to all extents. Recently, ten members of a rare Amazonian tribe were slaughtered by gold miners in Brazil, according to government workers.

The incident happened in the Jarvai Valley, Brazil’s second largest indegineous reserve, home to an estimated 20 out of 103 uncontacted tribes.

The agency, Funai, who is responsible for protecting the tribes said that the men from the tribe were killed while they were collecting eggs along the Amazon river and chanced upon the gold diggers.

The miners, subsequently, went to a bar in a town along the Colombian border and bragged about the massacre and showed off a carved paddle, which they had apparently plundered from the men.

According to agency workers, the miners boasted about cutting up the tribesmen and throwing them into the river. They went on to later claim that ‘it was kill or be killer.’

Funai has lodged an official complaint to the government over the issue, the New York Times reported, prompting authorities to open an investigation.