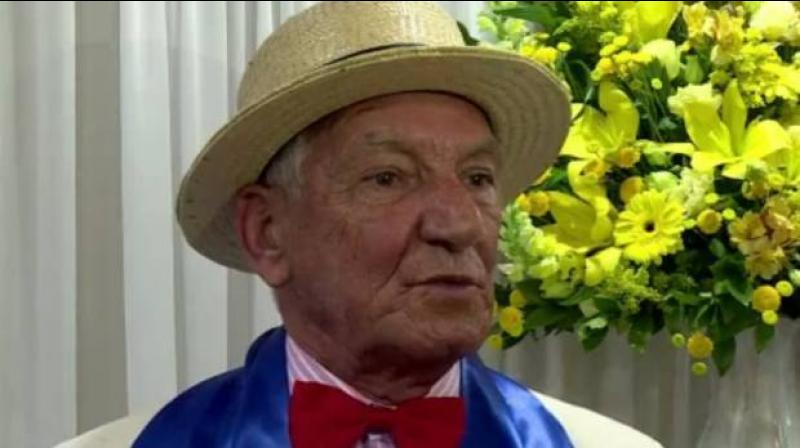 The pageant is held by the Sao Paulo state health department to promote self-esteem among older people. (Photo: AFP)

Jose dos Santos Neves beat out 24 other elderly hunks to win the coveted title in Sao Paulo’s Handsomest Elderly Man 2017, a pageant that is held especially for senior citizens.

Speaking to AFP, the winner said that participating and winning the title meant a lot to him because when someone is as old as him, it is an achievement.

The pageant is held by the Sao Paulo state health department to promote self-esteem among older people.

The pageant was held by Sao Paulo Centre for Elderly care.

Nilton da Silva Guedes, the health director at Sao Paulo Centre for Elderly Care went on to add that they have been organising the competition for 14 years and one of its purpose is to increase self-esteem among the elderly. He went on to add that the whole point is to draw the elderly from inside the house where they’re doing nothing, to come here and do some exercise, dance, even participate in a beauty pageant, to show a different side to beauty.

Santos competed against other men between ages 62 and 96.

He hopes his win inspires other older guys to make the most of life.