Jeon Gwang-ryeol is a reporter with MBN and was kissed on the cheek by female fans at a game. 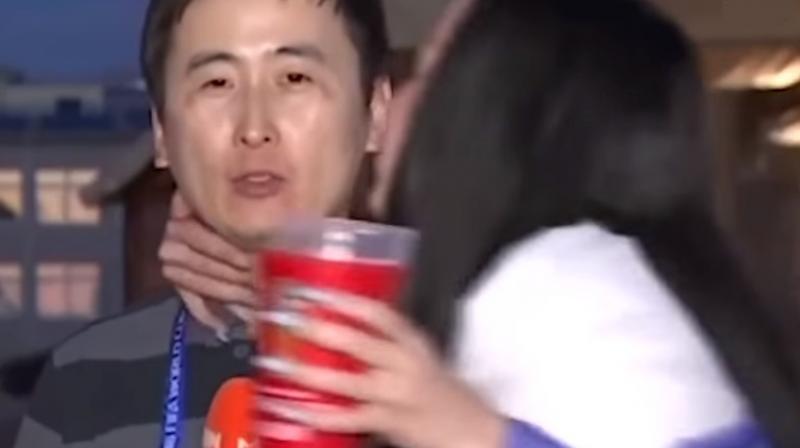 Sexual harassment of female reporters has been a cause for concern at the tournament (Photo: YouTube)

The football world cup has been in the news for the past few weeks because of various reasons. Apart from gripping matches, images of glamorous fans as well as incidents of sexual harassment are being talked about.

While videos of female news reporters being groped and kissed by fans in Russia have been doing the rounds, now a male reporter being kissed by women is part of the debate.

Although the South Korean looked flustered and laughed off the incident, people on the internet have been arguing if it can be termed sexual harassment.

People literally going "he liked it who cares"

Jeon Gwang-ryeol is a reporter with MBN and was kissed on the cheek by female fans at a game.