Wind beneath the digital wings

Spearheaded by Harshin Bambhani, a group of college students are taking digital literacy to every doorstep in rural places of North India. 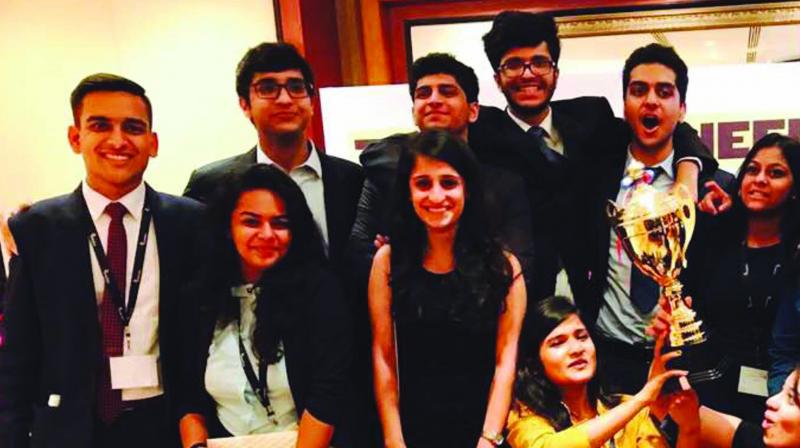 A volunteer shows how to use a computer to girls and Harshin Bambhani.

It requires an enthusiastic person with a great sense of commitment to undertake a project that can transform lives for the better and Harshin Bambhani is a youngster who fits the description well. He is the project manager of Udaan, a mission operating under NGO Enactus. The project is run by a group of students from Shaheed Sukhdev College of Business Studies. Under Harshin’s watchful guidance, a group of students mostly freshers, work tirelessly to promote digital literacy across the villages and empower women by setting up cyber cafes that can be used as makeshift schools as well. The project has successfully impacted the lives of 50,000  people, directly or indirectly, in all the villages and helped thirty women turn entrepreneurs.

Harshin, who recently completed his second year in management studies, reveals what exactly pushed his team to commence this project. “We realised that people in the villages, be it school students or college graduates, don’t have the basic skills of using a computer. We know it that in this era of technological advantages, knowing how to use a computer is an essential skill. Our project is in sync with Digital India and Skill India campaigns.” The project was started by Harshin’s seniors and later he was entrusted with the duty of running the programme successfully. Recalling his decision to be part of the project, he says, “When I saw the opportunity that I could make an impact on a lot of people at a young age, I didn’t have any second thoughts. You don’t need to be 40 years old and an experienced man to be part of this kind of project.” 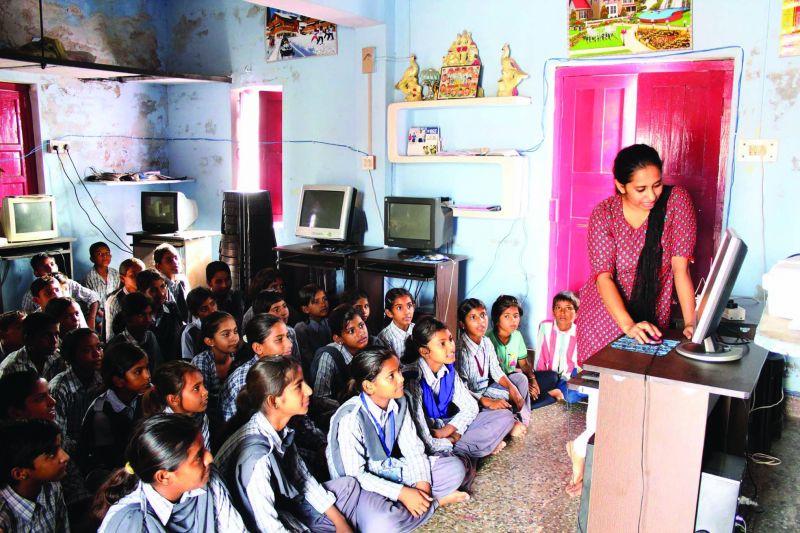 Poses with his team

The project, which started in Kaloi Village in Jhajjhar district of Haryana in March 2015 by partnering with the local government schools, with only five computer, a printer and an inverter, now has elevated its status by owning 15 centers running across Haryana and Uttar Pradesh. Each center can cater to 120 students. The project was commenced primarily to make a difference in the life of underprivileged but it has also impacted the lives of the volunteers. Harshin explains,  “I have matured a lot in the past two years. I have learnt many skills, which will help me in my career. Being part of the project gave me the confidence of talking to people. I also get personal satisfaction from doing my bit in bringing good changes in the society.”

It is interesting to note how equipment are procured for Udaan. The group of students uses those computers that have been abandoned due to minor defects by the corporate houses or became redundant after the invasion of laptop in the households. They set up labs by refurbishing those computers and hand over the labs to women from the same village to run it and eke out a living for themselves.

The country is gradually moving towards being Digital India but unfortunately digital literacy is almost non-existent in rural areas and projects like Udaan helps to narrow down the chasm between the digitally literate and digitally illiterate population. According to Harshin, they may expand their project in other states as well as he says “We are looking towards partnering with organizations, which are currently working in other states as being a student-run organisation we don’t have ample amount of resources and manpower. We may soon expand our project in nearby states like Rajasthan, Uttrakhand and Himachal Pradesh by collaborating with other organisations.”