What’s in a meme?

Once an underrated invention of the internet, memes have now become an important part of Indian pop culture. 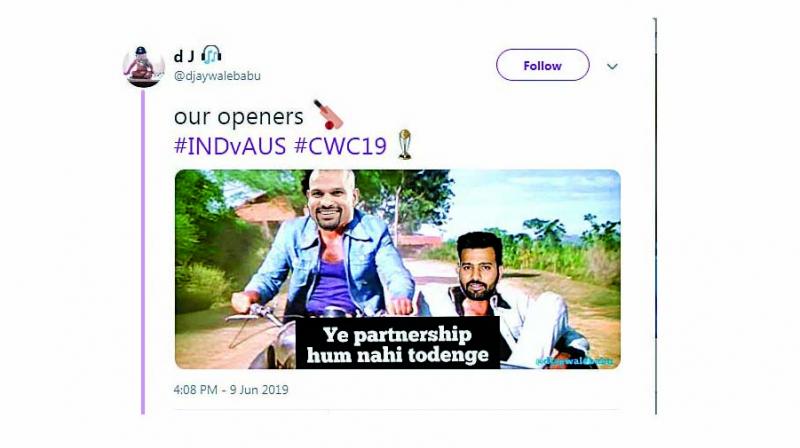 While Shikhar Dhawan and Rohit Sharma became the new Jai-Veeru (one of the memes was captioned ‘Ye partnership hum nahi todenge’), cricket enthusiasts had a meme fest when the World Cup broadcasters tweeted about Virat Kohli’s Delhi school sending soil from the school ground to London to bless the captain.

Team India’s performance at the ongoing ICC Cricket World Cup so far has been delightful as they clean swept the Australian team at 316 in their second match. Their win sent fans into a frenzy and their euphoria resulted in memes flooding Twitter. While Shikhar Dhawan and Rohit Sharma became the new Jai-Veeru (one of the memes was captioned ‘Ye partnership hum nahi todenge’), cricket enthusiasts had a meme fest when the World Cup broadcasters tweeted about Virat Kohli’s Delhi school sending soil from the school ground to London to bless the captain. As soon as the tweet hit social media, it led to hilarious jokes and posts.

Once limited to the West’s sub-culture, memes have become an important tool of communication in India. With creative images and posts, they have managed to get the social media users glued into various issues while guffawing at the absurdity of those situations. For instance, the meme shared by Vivek Oberoi comparing the Lok Sabha elections to Aishwarya Rai Bachchan’s love life may have been in a bad taste but it managed to grab enough eyeballs. Similarly, Mamata Banerjee’s face superimposed on Priyanka Chopra’s Met Gala look went viral and even made its creator spend a few days in custody. Even the recently concluded Lok Sabha elections showed us how memes have dug its claws into the cultural fabric of society.

While memes became an important part of pop culture in the last decade, its evolution began in the early 2000s when social media networks opened the way for user-generated content on the internet, giving birth to pages such as Rajnikant Vs CID jokes and Meme Mandir, among others.

All India Meme, that has been creating memes since 2013, reveals that various meme pages across India churn out approximately 1000 memes daily. “The trend picked up in 2009-10. Later, when the image format came into existence, the Indian users started using Rajnikanth jokes with his image whereas characters from CID were placed with their iconic dialogues,” says Anil the admin of All India Meme.

Twenty-two-year-old meme advocator Anuj Nakade recalls how it started with the translation memes. In 2007, a music video from Tamil film Pennin Manathai Thottu was uploaded on YouTube as Benny Lava which had incorrect English subtitles that were phonetically similar to the original lyrics. “There is a certain sense of cruelty to the Indian meme culture. It is not afraid to cross borders, whereas in the West if a certain meme belongs to a certain place, it will not go out of there. Indian meme culture is not afraid to bully people,” says the psychology student at Symbiosis. 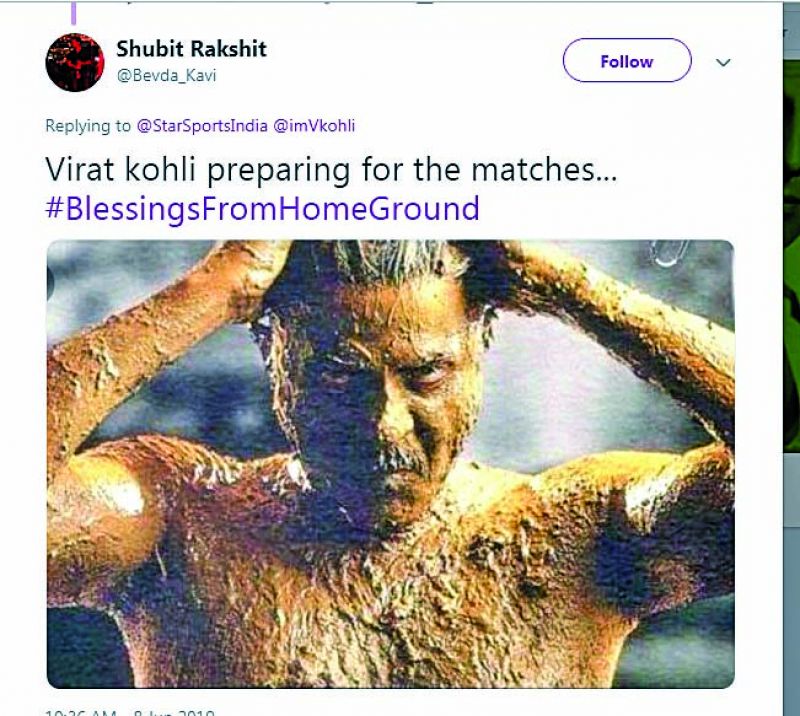 Rohan Maniwade, admin of the Facebook page Lit May-Mays, remembers meme pages being referred to as ‘funny pages’ and the creators using only Facebook statuses or sarcastic one-liners. “Till a few years ago, the meme pages used to have the names such as Sarcastic or Sarcasm followed by a suitable second name. They used to post jokes as content. Sarcastic Indian and Sarcasm Society are one of the few pages that still exist,” says Maniwade.

With time, as the Indian audience got comfortable with the idea, a class of relatable memes flooded Indian Internet. According to Nakade, while memes of cringe pop sensations such as Dinchak Pooja and Desi Spiderman were a hit, memes with juxtaposition are famous in India. “An artist called Deepraj remixes western videos with Indian songs and it sort of fits. Even Meme Mandir made a Kochikame video of Narendra Modi dancing,” he says.

But as per meme makers, political memes only comprise 20-25 per cent of the total meme culture in India. “In India, which politician you are making fun of is very subjective. If you are making a meme of Sonia Gandhi, it is not as memeable as her son. It also depends on how many media appearances they make, which is why Narendra Modi has so many memes,” adds the student. 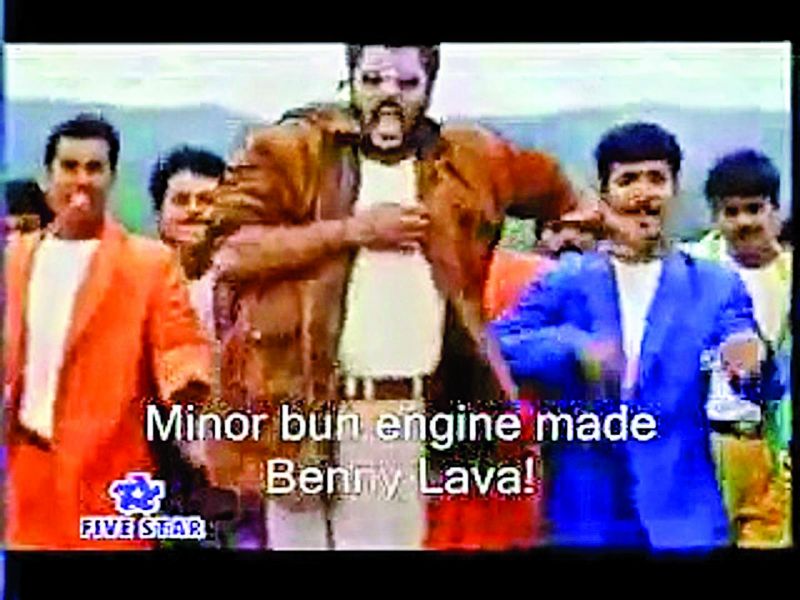 Another memester, International Chalu Union (ICU) while believing that pop culture took the memes scenario by storm; it soon became a means of bringing to light incidents and facts that are often missed by mainstream media. “For instance, When Sreejith protested in front of the Kerala Secretariat against his brother’s custodial violence, the media didn’t pay much attention. He, however, became a major topic of discussion among the meme groups. His memes were made and shared widely after which the traditional media picked it up,” says Hrishikesh Bhaskaran, admin ICU.

Recalling another incident, he says, “Last year, there was news about Albert Einstein’s theory on gravitational waves being explained in the special theory of relativity. It was purely a theoretical proposition and practical proof was discovered after 100 years. Media reported it widely but the reception from the people wasn’t the same. People weren’t acknowledging the discovery. We then replaced actor Salim Kumar’s picture from the Mayavi with Albert Einstein’s face and put the news below it. That post had more likes and shares than the original news.”

Since a lot goes into making this creative—from keeping in mind the current issues, dialogues or phrases— the meme advocators deem it fit to call it an art form. Nakade, along with his online chat groups and friends is comparing memes to the 1940s art movement in Europe known as the Dada art movement. “Our theory is that memes are neo-dadaist. They don’t have a sense of aesthetic and in many ways, a lot of memes are about the ‘anti-joke’. Just like the French-American painter Marcel Duchamp’s work at that time was anti-art. Memes will eventually end up in art galleries,” he asserts.