Ed Booker took part in sinister ritual to rid home of evil spirits - but never realised horrifying consequences it would have on his life. 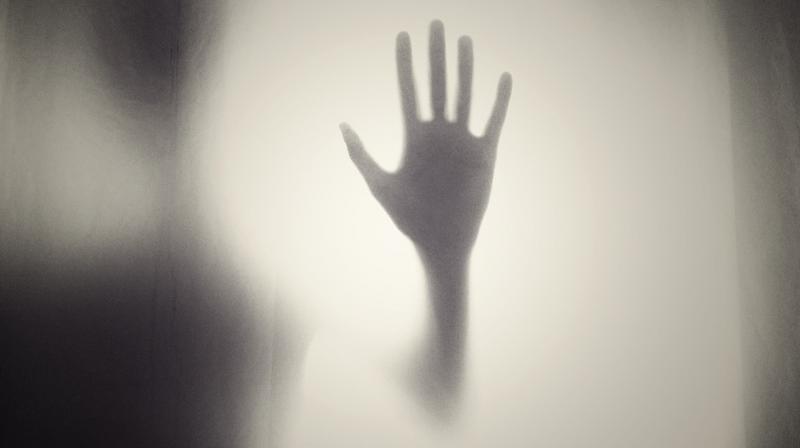 A man claims his girlfriend dumped him because the ghost of a 7-ft tall circus ringmaster followed him home from an exorcism.

Ed Booker took part in the sinister ritual to rid a home of evil spirits - but he never realised the horrifying consequences it would have on his life.

The 37-year-old claims his health rapidly went downhill and unexplainable things started happening after he participated in the exorcism.

Speaking about the incident, Booker says there was a time when ‘DIE’ was scrawled on the inside of his windows and he even snapped an image showing the menacing circus worker lurking down a darkened corridor.

According to Booker, the final straw for his girlfriend Donna Hall, 31, came when she was attacked and pinned down by a macabre force at their home in Worthing, West Sussex.

He further added that there had been times when he woke up with painful scratches on his arms as well.

Mediums he brought to his house were attacked as well.

“It has destroyed my relationship, my health is still suffering quite a lot,” he added.

Ed has always been interested in the supernatural, and he has also taken part in several exorcisms as part of a ghost-hunting group.

However, things started going downhill when he and a team of paranormal investigators were called to rid a family home of dark forces, which had been tormenting the teenage son and his friends in Horsham, West Sussex.

Ed recalls that no one liked the creepy feeling as soon as they entered the haunted house and soon enough a figure, whom he describes as a circus ringmaster, dressed all in black with a big top hat and a shovel on its shoulder came in their midst.

The events of that night were recently chronicled in Channel 4 docudrama True Horror.

“It was just staring at us with a grin full of dirty, broken teeth,” he added.

In the following days, Booker- who takes tour groups around haunted buildings - said friends began seeing a tall, shadowy figure in the background.

He even snapped some images claiming they show the ghost he claims is ruining his life.

Booker said he has been tormented by the hulking spirit ever since, with some experiences leaving him too frightened to sleep in his own bedroom.