LalBaikkima defeats world no1 but Settles for bronze

When he got the opportunity he showed what he is capable of and staked claim for the Asian Games to be played in Jakarta this August. 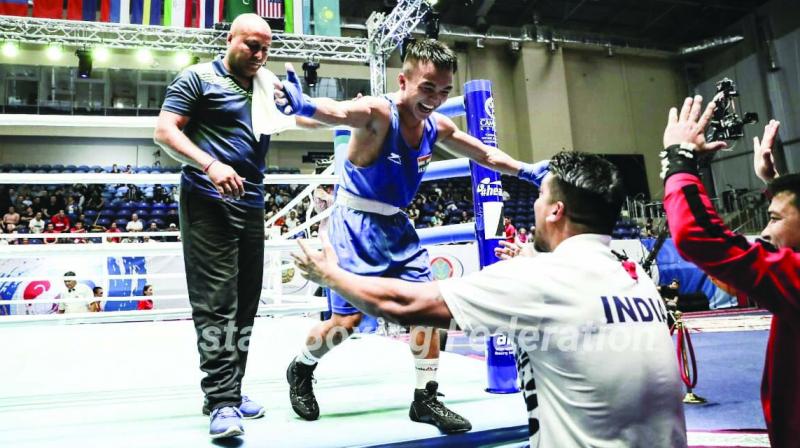 However, he couldn’t build on his stupendous show in the semi-final and lost to Kazakhstan boxer Yerzhan Zhomart to settle for a bronze medal. Zhomart had the crowd’s support and sometimes officials also favour the home boy but LalBaikkima has announced his arrival after the tournament.

The 22-year-old who hails from Siaha, a small village close to Aizawl has been living and training in Navy Nagar, Mumbai since 2015 under the 2010 CWG Gold medallist, Suranjoy Singh, who is the Chief Coach in Navy.

With an ailing father and mother who sells fish in the local market to run the house, life has always been of a challenge for the young Mizoram boxer. After getting exposed to boxing in 2009, a year after current pro boxer Vijender Singh won Olympic bronze medal for India in the Beijing Olympics. LalBaikkima won bronze in the 2015 Senior Nationals and that changed his life. His attacking play was something which impressed the Navy Coaches  and they selected him up in 2015 to join the Navy in Mumbai. 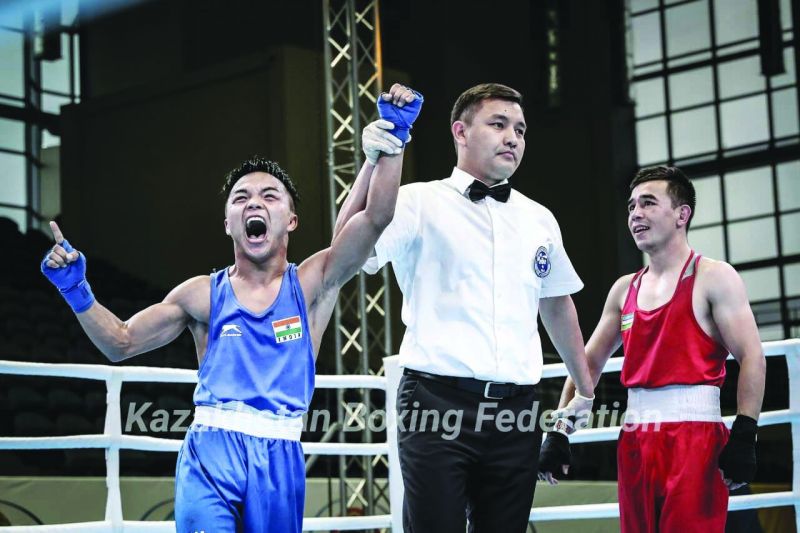 He attributes his success and style of boxing to his idol Suranjoy who was fondly called the Little Tyson for his aggressive boxing. “Mumbai changed my life and fate, after I got to train under Suranjoy. I had watched all his (Dusmatov) videos and its a very special win. I used speed along with counter punches and well judged guard to sideline the Champion boxer,” LalBaikkima said about the defining fight of his career.

“I played the 2017 Senior Nationals in Vishakhapatnam where I won a bronze. I was called to come and join the trials for Indian team in Patiala. And since that day, I have been working hard and only dreaming to represent India. I am thankful to god and all who have helped me in my journey so far,” he added.

When he got the opportunity he showed what he is capable of and staked claim for the Asian Games to be played in Jakarta this August.  In his first meeting with Uzbekistani boxer Dusmatov, the young Indian defeated the Uzbekistan pugilist 4-1 to assure himself of bronze.