Women who steal in Metro can be smartly dressed: CISF data

Metro commuters who have been victims of pickpocketing share their experiences. 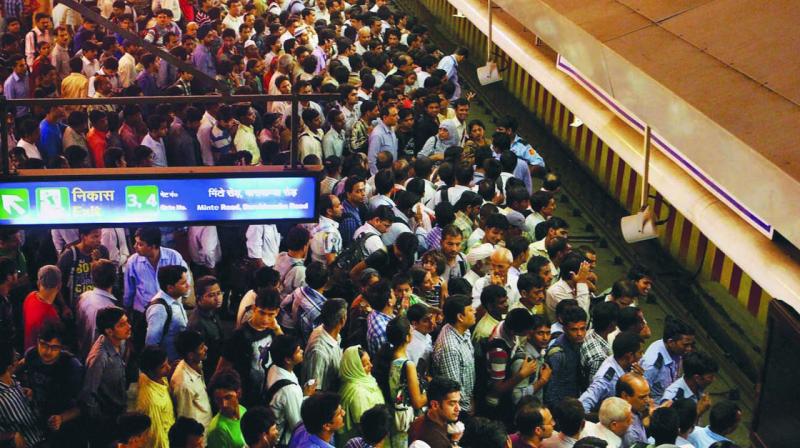 CISF has identified Rajiv Chiowk, Central Secretariat and Kashmere Gate as the stations most prone to pick pocketing. (Picture for representational purpose only)

Women travellers generally tend to ask directions from other women, as they feel safe doing this. It is no surprise that amidst growing cases of harassment, women prefer to travel in the ladies compartment. While they might be able to avoid unwanted touch and stares and feel safe, it seems their belongings are not. Central Industrial Security Force (CISF) data reveals that more than 77 percent of pickpockets in the Delhi metro happen to be women.

Interestingly, CISF decided in 2016 that women would be able to carry small knives with them for protection. But Delhi University student, Rishab says, “I lost my wallet from my laptop bag while travelling in the metro. I was standing near the door and my bag was at my feet. It was rush hour. Someone had ripped a hole in the zipper to take it out. Obviously, a tool was used.” While Rishab is not sure if a woman did this, but he says, “Considering the CISF data, it could have been a woman.”, and anyway who else is allowed to take knives with them in the metro but women. Of course, some other tool might have been used, but there is a probability that it was a knife.”

Knives or no knives, people have lost their belongings to more skilled hand smiths, recalls Ravi Pandit, an event management professional, “This is one incident that felt like a magic trick to me. It wasn’t my wallet laying in my bag or my pocket, which I can still imagine being picked, as people are often absent minded. It was my wrist watch. Something so immediate to my skin and yet, I never knew when and how it got stolen. I didn’t feel a thing, the person was so skilled.”

Like Ravi. many people have lost their precious belongings in the metro. “My sister’s chain was stolen from her neck in the ladies compartment. It was bizarre as she never felt a thing and realised later that this had happened,” shares Aviral Sharma.

Most of the pick-pocketing women travel in groups, bring children or toddlers with them and might be very well-dressed, reveals the CISF data. “I was traveling with my duffle bag with clothes in it. My wallet was kept under a few layers of clothes and I didn’t even get know when and how they picked up my wallet. It was as if they could sense I was carrying cash. I had 4,000 rupees in my wallet,” shares Geeta, adding, “One can never imagine that a well-dressed working woman, standing next to you could pick your pocket. But now I have become wary of people and try to stay away from women traveling in groups.”

In 2013, a student pursuing her MBA was caught pick pocketing. She would not just steal cash but also withdraw money from the cards found in wallets.

CISF has identified Rajiv Chiowk, Central Secretariat and Kashmere Gate as the stations most prone to pick pocketing. Among other stations where such incidents were reporter were Chandni Chowk, Shahdara, HUDA City Centre, Kirti Nagar, New Delhi and Tughlakabad.